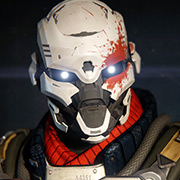 Now unless i Read wrong the RX 580 is fine for Destiny 2 and is a slight upgrade to what i had a few days ago which was a dying Geoforce 970. When i play its fine, but the character menu. destinations, anything menu Like is very Slow and Lags, it didn't do it on the 970. IDK if there is just Destiny 2 not liking the card for just those aspects or something else. Anyone Else have the same card and having issues?
English
#destiny2 #Destiny2Gameplay #lag #menu
Comentar Respuesta Abrir tema
Denunciar