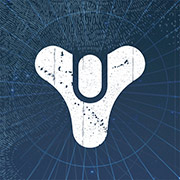 Would just like to point out that, even in the event of an Ascendant Hive's "true" death, their soul isn't completely destroyed. This is proven when we fill a crystal shard with some of Crota's soul on our quest to kill Oryx. This means that, not only do Hive have a throne world to retreat to after regular death, they have an afterlife even after they die their "true" death there too. I hypothesise that, as the soul still exists, they could still be resurrected somehow. I, for one, would like to see Oryx return at some point, he was the first villain that spoke our language (I mean, beyond the faint whispers from Crota in the story mission), and he was the first Raid Boss that had a proper buildup (not only was the story about killing him, but the post-story stuff that lead all the way to the raid was cool).
English
#lore #destiny2 #crota #soul #oryx #resurrection
Comentar Respuesta Abrir tema
Denunciar