Jun 11, 2020 - Cozmo
This week at Bungie, we launched a whole bunch of missiles.
It’s been an action packed week. Over the weekend, we watched as Rasputin sent literal ordnance into the sky to take down the Almighty in Destiny 2’s first live in-game event. We followed that up with a mighty salvo of virtual launches in the form of media, articles, and a stream to showcase the future of Destiny. Season of Arrivals has started building a bridge to this fall, when Guardians will wield the Darkness for the first time in Destiny 2: Beyond Light.
Here’s the full stream in case you haven’t had a chance to watch yet.

Don’t have time to watch the full stream? Here are a couple of the first looks at Destiny 2: Beyond Light.

We’re excited about the future of Destiny. To lay the groundwork, we have to make some changes to the core game. Several less-explored locations and activities will be going into the Destiny Content Vault (DCV) to pave the way for new hotness like Europa coming this fall. We lay out a lot of information on what to expect in our Building a Viable Future in Destiny 2 article. We know you have a lot more questions and we’ll have answers to share throughout the summer.
Since Season of Arrivals acts as a prelude to Beyond Light, we have held our plans for the Season close to our chest until the reveal this week. The Pyramid ships have begun to arrive on Io and Eris is hard at work trying to decipher their intentions. She needs your help.

Oh, and did we mention there is a brand new dungeon? Prophecy is free to all players and transports you into a strange dimension to seek out the IX. It’s got some real Rainbow Road vibes too. Here’s a peek.

The future is bright and full of new challenges to tackle. We hope to see you out there.

Match Made in Heaven

By the time that this TWAB is published, a few changes to Crucible matchmaking will be live. Matchmaking based on player skill has been removed from all playlists except Elimination, Survival, and Survival: Freelance. Trials of Osiris will continue to be matched based on the number of wins on your Passage.
We are doing this to:
The pursuit of Glory Points in Survival and attempting to go Flawless in Trials of Osiris will allow those playlists to reinforce that the outcome of matches are important and keep the stakes high. We want the rest of the Crucible to be less of a high-stakes environment where players can have a more relaxed experience and just enjoy the Destiny multiplayer sandbox.
We will continue to monitor feedback and game data around these changes. If we decide to make any further adjustments, we’ll let you know.

Counted You One of My Crew

The Destiny Dev Team has a quick update on a change we are making to the Dredgen title.

Destiny Dev Team: Hey everyone,
As you may have read here, we made some changes to the World Loot Pool. As a result, a few of the legendary weapons in the Playing for Keeps Collection badge no longer have a reward source in the game.
While we still strongly believe that gear collection is a critical part of what it means to earn and wear a title, we’re going to remove the Playing for Keeps badge from the Dredgen title requirements in an update next week. While not trivial, the badge didn’t represent the challenging portions of earning the title. We feel removing this requirement doesn’t reduce the meaning of wearing Dredgen over your head. That said, we don’t like making changes to titles as their complexity and depth is what gives them meaning, but in this case, the long-term weapon health outweighs a small change to the title.
We know you have a lot of questions about how our Destiny Content Vault announcement this week will affect other Triumphs and titles. We will have more details for you soon.
Thank you, and keep sending us feedback as we strive to make a meaningful, evolving world in Destiny.

We have a new item from Bungie Rewards available to anyone brave enough to defeat the new dungeon before the end of the season. Players who complete Prophecy will unlock an Emissary of the IX Hoodie that can be purchased from the Bungie Store. 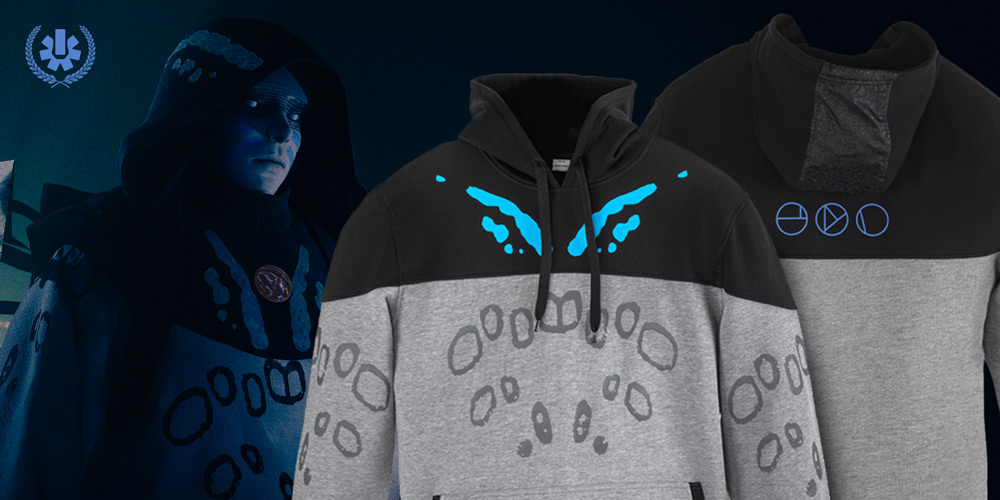 We will have be adding more Bungie Rewards during Season of Arrivals so keep an eye out.

Ground Control To You

When new content is released, the Player Support Team is carefully watching to identify any new issues that emerge so we can get fixes in the works.
This is their report.

SEASON OF ARRIVALS AND BEYOND

With the launch of Season of Arrivals on June 9, and with the announcement of Destiny 2: Beyond Light, Destiny Player Support wants to make players aware of resources that are available regarding said content. This includes:
Please note that past Season Pass rewards from the previous Season, Season of the Worthy, are available to claim here. Past Season Pass rewards from Season of the Worthy will be unable to claim when Season of Arrivals ends

Hotfix 2.9.0.1. is planned for the week of Monday, June 15. For more information on this release as it becomes available, players should visit our Destiny Server and Update Status help article. For live updates as this maintenance occurs, players should follow @BungieHelp on Twitter or monitor our support feed at help.bungie.net.”

Shortly before the launch of Season of Arrivals, DPS became aware of a bug regarding the seasonal Charged with Light armor mods. This bug allows players to equip all of the current seasonal Charged with Light armor mods on any of the Season of the Worthy armor pieces without having previously acquired them. While this bug will be fixed in Hotfix 2.9.0.1, the team has decided not to disable the mods until then to allow players to try out the mods for this week.

Below is a list of issues that will be resolved with Hotfix 2.9.0.1:

BEYOND LIGHT PRE-ORDER ITEMS ON XBOX

Welcome to the first Movie of the Week for Season of Arrivals. Does that make this one more special? Not particularly. But sometimes asking a rhetorical question like that is a fun way to start a paragraph. If you’re new here, Movie of the Week is where we highlight videos we like from the community. All videos below will guarantee their creators a special emblem. If you win, just make sure you have your Bungie.net profile linked in the description.
Here are the winners!
Movie of the Week: Horses in the Back

What a week! Explosions, videos, reveals - oh my! We covered a lot this week, but there is much, much more to do. Throughout the summer, we’ll continue to share more on Beyond Light and the changes coming this fall. We hope you enjoyed the reveal and we’re once again eagerly awaiting getting to watch you experience what we’ve been working on – both in Season of Arrivals and Beyond… Light.
<3 Cozmo