Oct 24, 2019 - Cozmo_BNG
This week at Bungie, it’s about to get spooky.
Mark your calendars, Guardians, because October 29 is a day filled with updates that will appeal to just about every player in this community. We have a full menu of activities to tackle, challenges to master, and Exotic loot to add to your collection.
Festival of the Lost is about to return. We have a full preview of the festivities Guardians can look forward to next week. The Moon isn’t the only thing that’s haunted. The Haunted Forest will be back, and the Tower will be spookier than ever.
A new dungeon is also opening up to willing fireteams or brave Guardians who want to tackle it alone. Speak with Eris; she knows the way.
The Crucible is about to gain some momentum as well, changing the way Guardians meet in glorious combat.
Earlier this week, Banshee sent Season Pass owners out on a quest to claim the Leviathan’s Breath Exotic Bow. If you haven’t completed the quest yet, check this out.

On top of all that, there’s another Exotic quest going live for Shadowkeep owners. You may have seen pictures of a replica we had made of the “bug gun” from past events. It’s time for you to go out and claim the Xenophage as your own.

Where will your path take you first? There will be many options for you to consider, depending on how you like to play the most.

Next week, Lord Shaxx is mixing things up in the Crucible with a new mode called Momentum Control. While Mayhem puts focus on Supers, Momentum shifts your focus to gunplay. This is a fast-paced, hair-on-fire experience where the lethality of all weapons has been cranked to 11. You’re incentivized to be aggressive as you defeat other Guardians to earn charged melees, grenades, and Supers. Here’s a quick rundown of what to expect:
Many of us who have been playtesting this have compared it to the classic Halo custom game SWAT, but for Destiny. We’ve done a lot of trying out different weapons and seeing how they behaved in this heavily modified sandbox of a mode.
Momentum will be the featured 6v6 rotating playlist during Festival of the Lost. We’ll be monitoring the community’s response to see when we want to bring it back.
Looking forward to hearing your feedback.

Now that we’re neck deep in Season of the Undying, we wanted to talk about some changes to Seasonal Triumphs in the third year of Destiny 2. You may have noticed some of the changes to the system and the Destiny Dev Team wanted to let you know some of our thinking behind why we are adjusting Triumphs going forward.

As always, we start with the goals:

What’s in a Triumph Tier?

Starting with Shadowkeep, individual Triumphs can now have tiers. They grant a portion of its total Triumph score as you make progress toward the final Triumph. For example, consider the SEASON 8: POWER BONUS Triumph. It has three tiers. To earn the first tier, you need to gain 5 points of bonus Power from your Season 8 Artifact, the Gate Lord’s Eye. Once you do, you’ll get 10 points of Triumph score toward your account’s total Triumph Score, and the next tier will be revealed to you.
As part of this release, we went through all the existing Triumphs in the game and added in tiers to Triumphs where they made sense.

A Title to Match the Season

This is probably too much homework, but the “An Evolving World” section of Luke’s Director’s Cut—Part III is essential reading. The CliffsNotes version as it pertains to titles? Okay, we’ll try. Prior to Season of the Undying, each piece of the Annual Pass added parts of the game designed to live on forever. During Season 8, a new situation will unfold on the Moon. Over the course of the Season, the situation will be resolved and some of the related activities will go away as Season 9’s conflict arrives.
This will also be true of the Title associated with Season 8. Both the Triumphs and Badge for the new title will ask players to be participate during the Season of the Undying. Once the conflict has been resolved players will no longer be able to earn the season’s title, Undying.

New Light and Getting ALL the Score

New Light forced us to think about many of the existing Triumphs and evolve our philosophies around what Triumph Score represents. For example, when a New Light player joins the game, should they receive all the score for getting to level 50 without having to put in any effort? That doesn’t feel like much of a Triumph. That said, shouldn’t a new kinderguardian have a chance to have the magical moment where they hit max score? Also, our evolving world will lead to many Triumphs that will no longer be able to be earned. Yet, we’ve heard loud and clear that Triumphs without score aren’t very compelling. The rules had to evolve.
The decisions!
Even with an evolution to our Triumph philosophy, we don’t think we’re done making tweaks to the system. Not everything is as clean as we’d like it to be in order to support Destiny as an evolving world. We’ll be listening closely for feedback as we consider how to best continue the evolution of Triumphs.

Accessibility is something we’re always trying to improve in Destiny. We have some new changes coming next week to make subtitles easier to read. The Destiny Dev Team is here to tell you more!

Destiny Dev Team: Have you ever found yourself wishing the subtitles were bigger, or liked having them on but thought they took up too much space, or wanted them to be a different color?
It has always been important for us that we make Destiny’s UI accessible to the widest range of possible players as we can. Later this month, we’ll be releasing an update that adds more options to let you change the look of subtitles in Destiny. Five different sizes to pick from, a variety of text colors, and a few different styles for the background.
These new subtitle settings are found in the settings tab under “Gameplay” on PC and “Accessibility” on consoles, and they’re present in new users’ initial log-in experience. We’ve also taken this opportunity to consolidate some PC settings into five subsections.
This is just one focused update on increasing accessibility options in Destiny, with plans for additional updates in later releases. (A small example that didn’t quite make this next release is a fix for subtitles disappearing when navigating between menus). We’d love to hear your feedback on these changes, as well as what other accessibility improvements are important to you.

Ready for the Runway

Last week, we put out the call for all fashion-focused Guardians to put on their best threads for Fashion Week. We have an esteemed panel of judges who have been searching through the submissions to settle on a few favorites to honor as the first Fashion Week winners. Here are picks for each class! 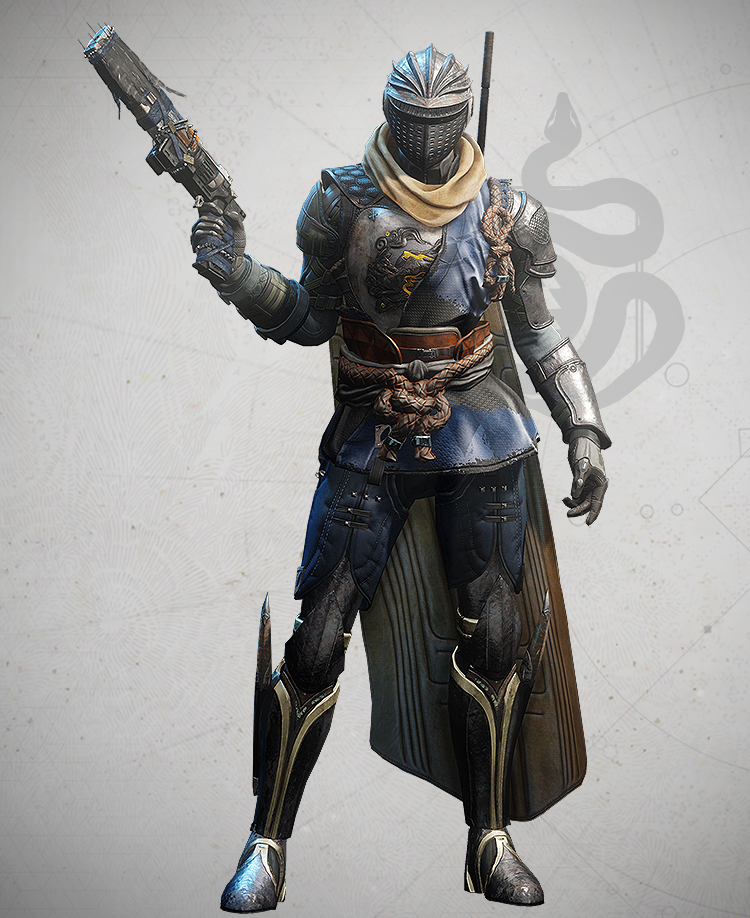 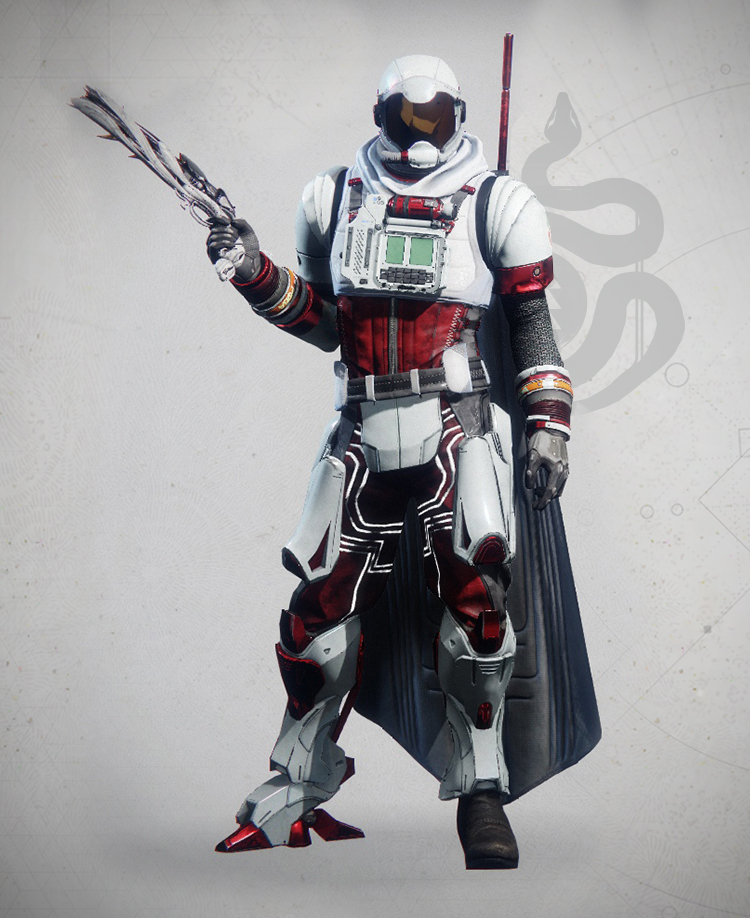 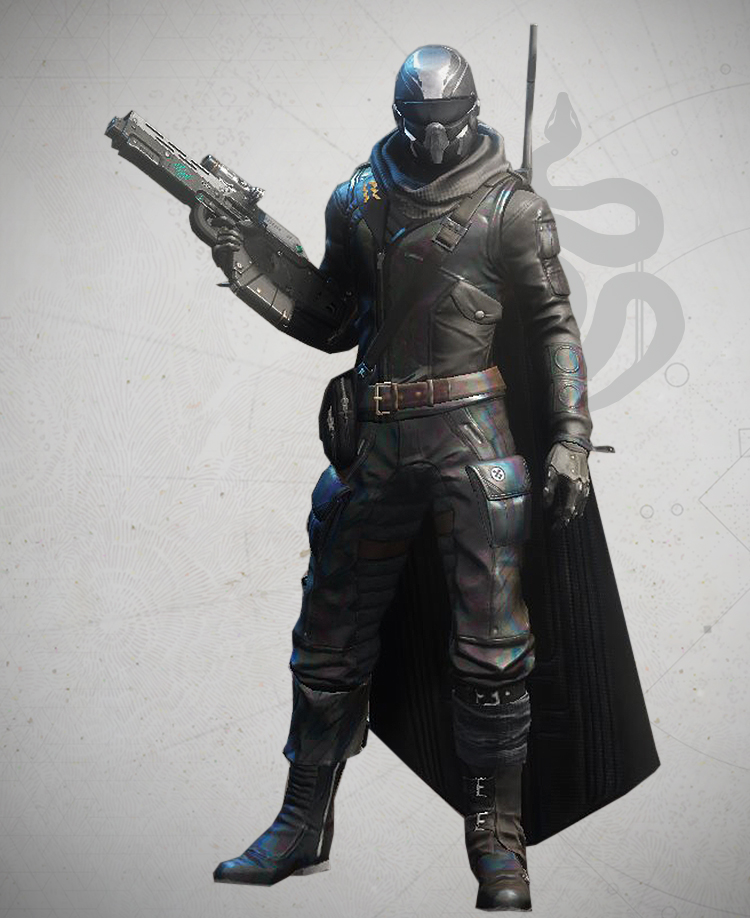 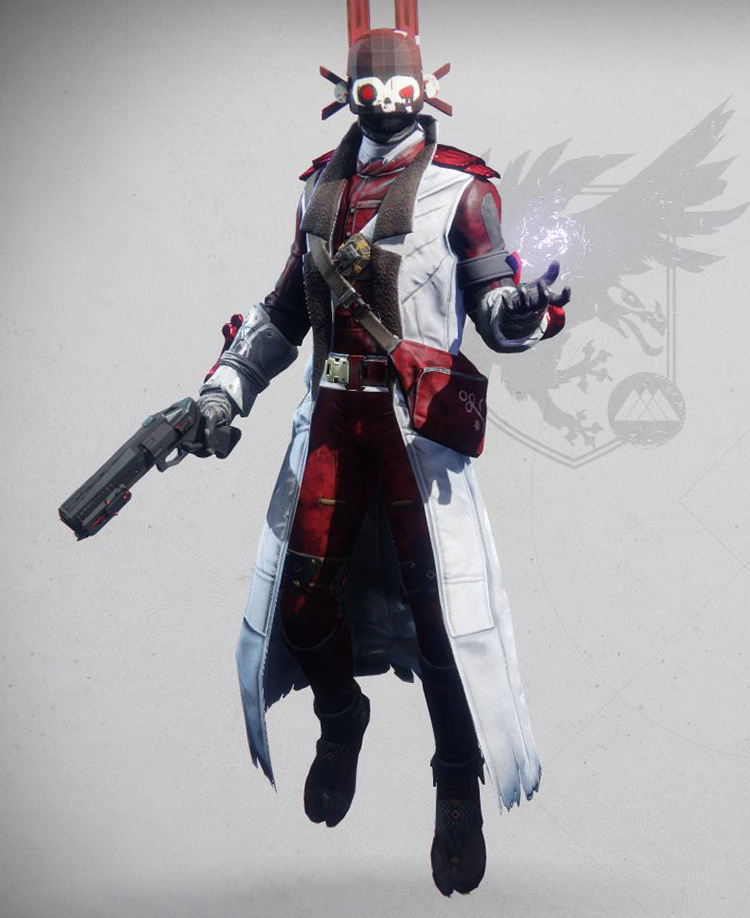 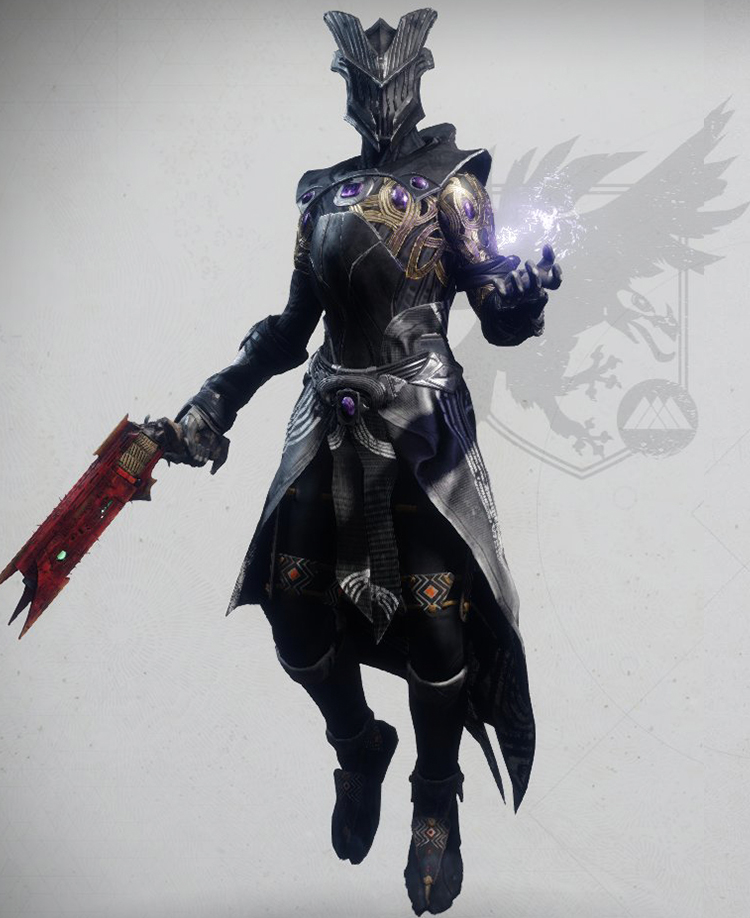 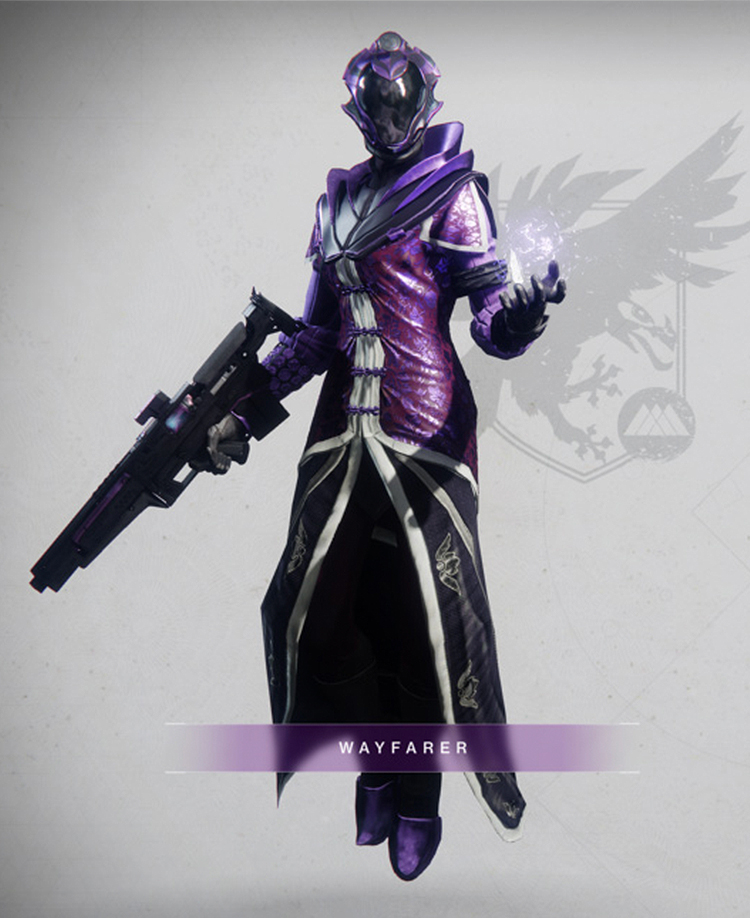 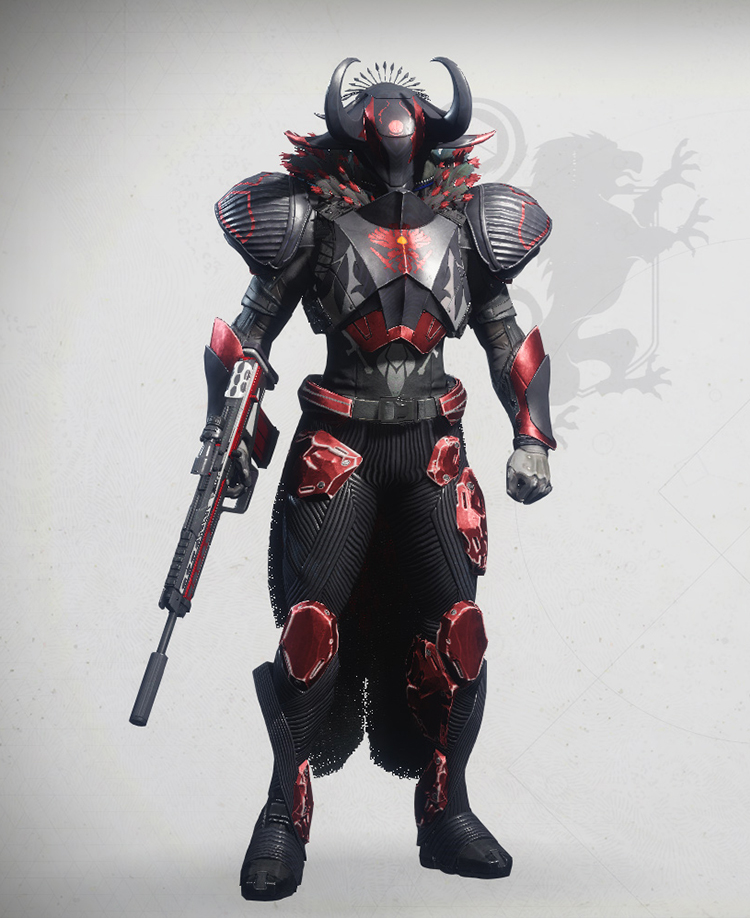 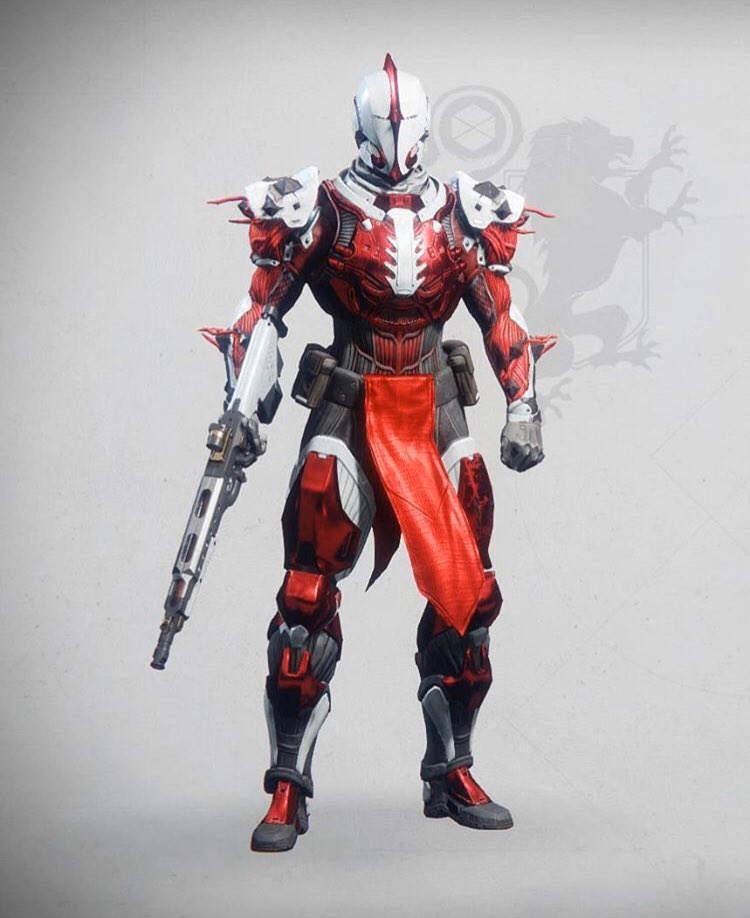 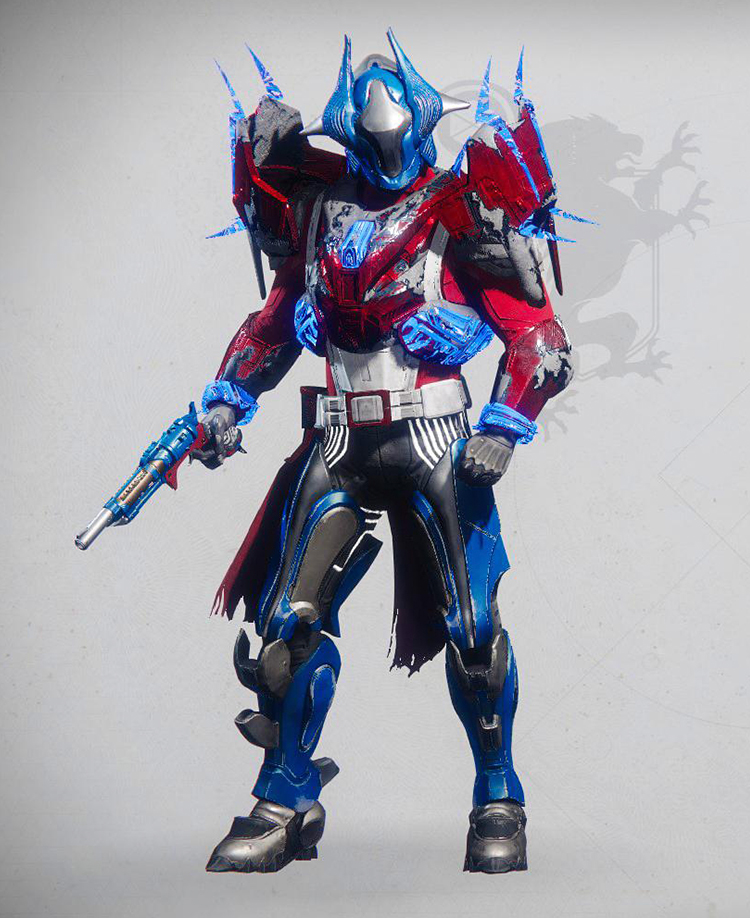 Crissis
Other Guardians also caught our eye. Fashion is subjective, and though this Guardian’s look may be considered “unconventional,” they wore it loud and proud. Here is our honorable mention. 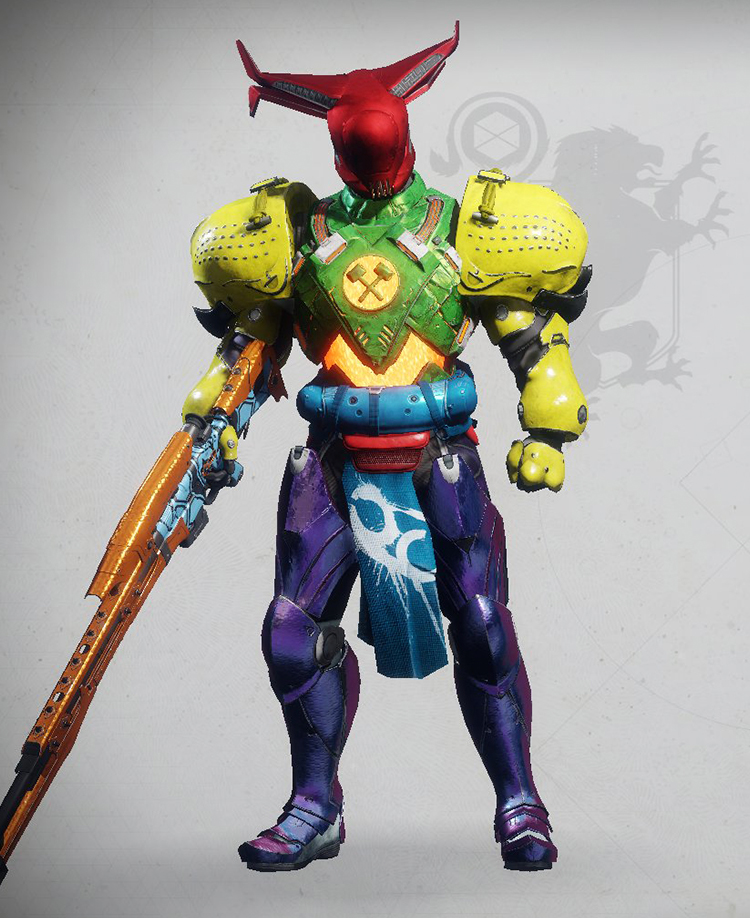 Angel Montero
All of the Guardians mentioned will receive a special emblem as a badge of honor. If you would like to be featured here and claim that emblem as your own, keep an eye out for the next Fashion Week in a future TWAB for how to submit.

Player Support has everything you need to know for next week’s update.
This is their report.

Next Tuesday, Destiny 2 Update 2.6.1 is scheduled to go live. This update will introduce a broad variety of changes to the player experience, and resolves a number of known issues that have emerged since the launch of Shadowkeep. Here are some highlights:
Additionally, we’d like to remind players that we’ve resolved an issue causing crashes in the Gofannon Forge in Hotfix 2.6.0.4. Players who previously encountered issues engaging with Black Armory content are highly encouraged to try again once Update 2.6.1 becomes available next Tuesday.
As with all updates and hotfixes, players should follow @BungieHelp on Twitter or monitor our support feed on help.bungie.net for the latest details as soon as they are available.

Festival of the Lost

Also next Tuesday, Festival of the Lost returns to Destiny 2. In case you missed it in our blog earlier this week, we encourage all players to take a look at our official Festival of the Lost Guide.
Before Eva Levante returns to adorn the Tower in ghoulish decor, we’d like to inform players of what they can do right now to prepare for the festival’s return.
While New Light players must achieve 770 Power before they can jump in, the Haunted Forest has a minimum recommended Power of 750—so all Guardians should be ready to jump right in.
Additionally, while we await the festival’s return, we’d like to forewarn players about earning and deleting Candy and Chocolate Strange Coins. In order to earn these currencies, players must wear the Masquerader’s Helmet, purchasable from Eva Levante for 100 Glimmer. If players defeat enemies and complete activities without this helmet equipped, they will not earn Candy or Chocolate Strange Coins.
Furthermore, players should be cautious when dismantling any items in their Consumables inventory. Any instance of dismantling Candy or Chocolate Strange Coins, intentional or otherwise, will delete the entire stack.
Players who encounter issues following the launches of Update 2.6.1 and Festival of the Lost should report them to the #Help forum.

Every week, we’re on the lookout for community-created videos. We take our favorites and feature them here for all to see, and the winners receive a special emblem. In fact, starting this week, we have a new emblem for all future MOTW winners.

Looks good right? Here are the first to take it home:
Movie of the Week: No Guns

I build an Ace... with Memento Mori. pic.twitter.com/cjcr9OZ9AL

Don’t forget we’re also kicking off our Game2give charity event next week. Learn more about how you can participate by either donating or joining a fundraising team!
I don’t know about you, but I’m looking forward to next week. We stacked up a lot of new things to go live, and I’m having a hard time deciding what to do first!
<3 Cozmo