Jun 27, 2019 - Cozmo_BNG
This week at Bungie, we’re about to hit the road.
Heroic Menagerie went live this week. Calus is testing you in new ways and sending those who fail to impress him back to orbit. You must gather your own fireteam to tackle this challenge, but new Triumphs and rewards await those of you who are up for it.
Next week, the Lumina quest becomes available to all Annual Pass owners. We are excited to see Guardians wielding this weapon to support each other in combat. We don’t want to spoil too much, but you should expect to start your hunt for this weapon in the EDZ.

Thanks to your dedication to the stories the Destiny universe has to offer, you made our first volume of the Grimoire Anthology a hit, and we've seen many of you asking when Volume 2 would be coming out. Starting next week, on July 2, you can start pre-ordering the Destiny Grimoire Anthology, Vol. 2: Fallen Kingdoms from the Bungie Store. The book will ship in October. 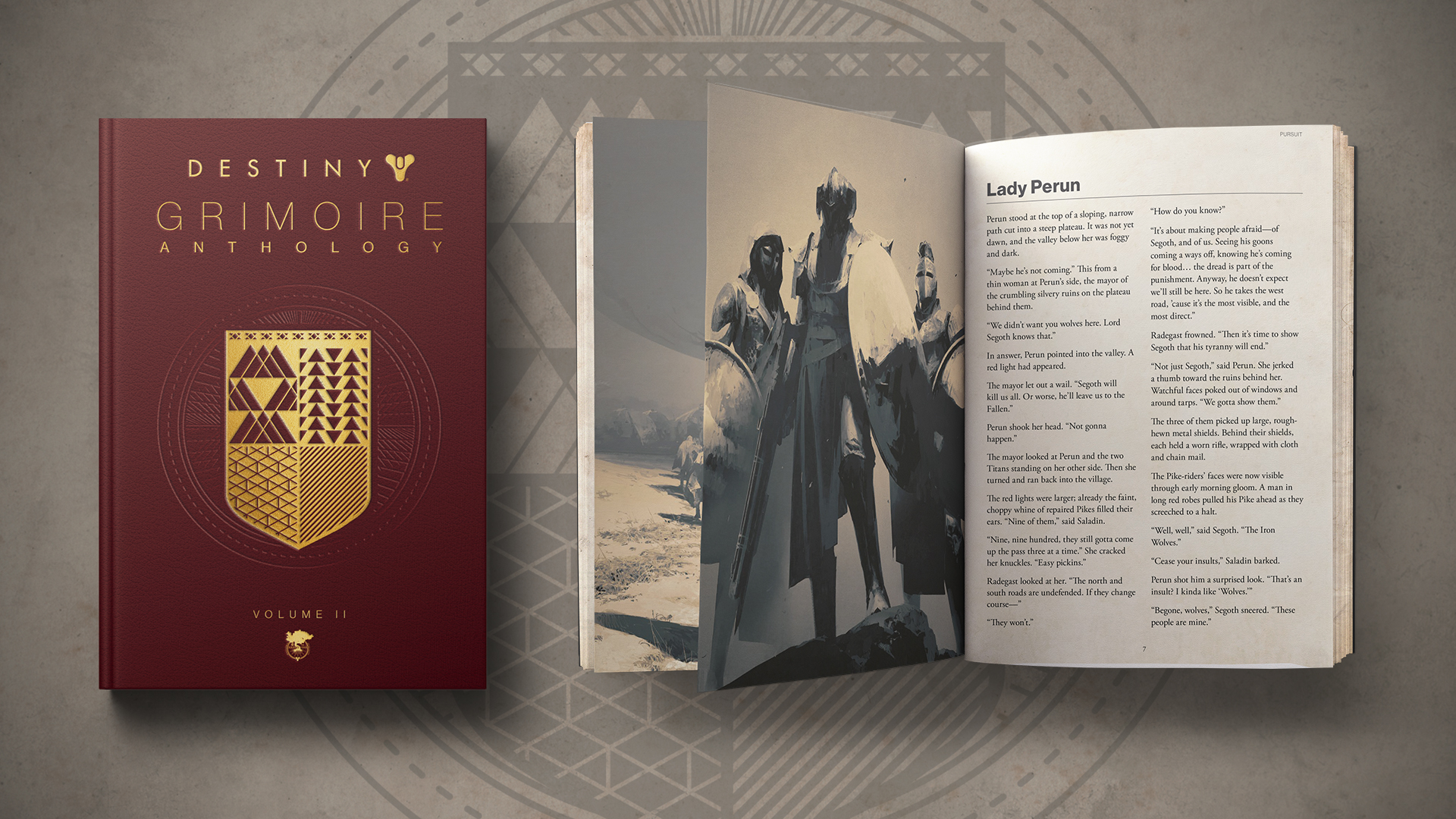 We will also be offering a new “Consult the Archives” emote in the Eververse store for all of you lore lovers out there. If you choose to purchase this emote in game and are signed up for Bungie Rewards, you can receive a 20% discount offer for the Destiny Grimoire Anthology, Vol. 2 Fallen Kingdoms. You just need to visit bungie.net/rewards and redeem your discount starting on July 2 at 10AM PDT. You will have until 11:59 PM on July 9 to redeem this limited time offer.

When Season of Opulence began, we watched as players quickly discovered a bug in how the Menagerie’s final chest granted rewards. Players began to race out of the area and then back to the chest as fast as they could to get as many rewards as possible before sent back to orbit. It felt reminiscent of when players were farming treasure keys from chests on their Sparrows leading up to House of Wolves.
Consider this an error in your favor. We haven’t rushed to fix it, but when we patch on July 9, this loophole will officially close, allowing only one opening of the chest per completion. Until then, we invite you take advantage of this all you like. Grow fat with strength.

Last week, we had the honor in participating in the annual GuardianCon charity marathon. We were overwhelmed by the generosity from players showing up in huge numbers to support a great cause. In our 4-hour block, you raised $406,000 for St. Jude Children’s Research Hospital, and the grand total for the week was $3.7 million! Thank you so much to everyone who participated and donated—it was truly amazing seeing gamers come together to help others. We have given out the Bungie Bounty emblems and are currently working on giving out all the other emblems and prizes from the charity stream.
We’re not done yet. We have another opportunity coming up for you to help more little lights and grab an emblem as a thank-you from us for your continued support. Here is Sr. Foundation Manager Christine Edwards with the details.

Christine: Bungie Day is right around the corner on July 7! As we head into this day of celebration, I can’t help but smile in gratitude for what truly sets our community apart—the level of care you have for one another and the world around us. Time and time again, you have all stepped up to the plate to support incredible charitable causes from natural disaster relief to families experiencing medical crises, and everything in between.
I am excited to announce today that for the very first time, we are inviting you to support the Bungie Foundation in our own work to make the world a better place through the iPads for Kids program.
Between now and July 14, we are asking you to help us raise $77,000 by making a donation. By contributing, you will play a direct role in providing hospitalized children with age-appropriate and therapeutic entertainment for distraction, play, and a sense of normalcy while they’re facing some tough and scary illnesses.

Donors who contribute $50 or more between now and July 14 at 11:59 PM PDT will receive a unique redeemable code for the “System of Peace” emblem! Exact distribution date will be announced to all donors after the fundraising event ends.

Together we can bring joy, laughter, and smiles to so many incredible kids! Thank you for your support
P.S.—Look out for some exciting additions to the Bungie Store next week, complete with exclusive Bungie Foundation merchandise!

The DPS team is always working diligently behind the scenes. They make sure you have the info you need for the best Destiny 2 experience.
This is their report.

Today, in preparation for the launch of Cross Save this Fall, we temporarily brought Destiny services offline for maintenance.
At this time, all Destiny services should be back online, across Destiny 1, Destiny 2, Bungie.net, and Destiny API services, however maintenance is ongoing. Players should follow @BungieHelp on Twitter or monitor our support feed in help.bungie.net for live updates.

Listed below are the latest player-impacting issues discovered in Season of Opulence:

Welcome to another movie of the week. Sit back, relax, and enjoy the popcorn. This is a few of our favorite videos from the week. All of their creators will be rewarded with a special emblem. If you are one of the said creators, make sure you have your player name in the description of the video. Our creations page is the best place to submit your videos, but any that we come across on the internet are fair game. Here are this week’s winners.
Movie of the Week: Peregrine GREEEEEEEEEEEEAVES! (Bad Language warning)

Next week, we are heading down to Orlando, Florida for GuardianCon. You can read all about what we have planned in a previous TWAB. We’re excited to rub elbows with those of you who will be making the trip down to celebrate community and gaming. On July 4, local holidays and our own travel will get in the way of us publishing another edition of “This Week At Bungie.” I know, I know, we thought about making Dmg04 write it on the plane, but DeeJ made the call to let him off the hook. We will have an article to celebrate Bungie Day on July 7, so be on the lookout for that.
Thank you for your generosity, enthusiasm, and for continuing to surprise us after all of these years. Destiny first launched in 2014, but it feels nearly 5 years later like we’re just getting started.
<3 Cozmo