“Draw from the Void. Light the way.”
All Hunters master the frontier, but none claim territory quite like a Nightstalker. Shadowshot binding may seem more merciful than gun or blade… until the feeding frenzy begins.
001980123 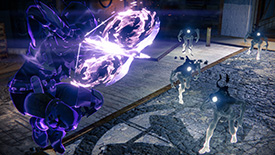 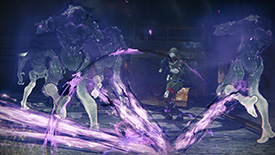 Tether a large group of foes to a Void Anchor, slowing and suppressing them for your Fireteam.

Throw Smoke to slow and disorient those within its cloud.

Gain an evade to avoid damage.