Jul 11, 2019 - dmg04
This week at Bungie, Calus pays tribute.
You’ve sought the Truth, and found it. You’ve lit your path through darkness with Lumina. Now, Calus is mixing things up a little. In case you’ve been out of the loop, an imperial invitation is waiting for you in the robotic hands of Werner-99 on Nessus. Guardians have been earning a menagerie of loot since the beginning of the season. Now we’re entering a time of celebration. Moments of Triumph and the Tribute Hall became available on Tuesday, each of which commemorate your accomplishments as a Guardian.
The Tribute Hall comes with a small price to pay. Calus couldn’t make things too easy for you, now could he? You’re a Guardian after all. As you enter the Tribute Hall, you’re greeted by walls of gold and platforms to place trophies representing your history within Destiny 2. Each trophy requires a sign of your devotion, ranging from an offering of planetary materials to glimmer. Calus offers you four bounties a day to earn discounts for each trophy, so if you’re strapped for Data-Lattice or Bright Dust, you can eventually work your way to a far lower price.
After placing a few of your trophies, Calus brings a little Bad Juju to the fold…
Alongside your hall of tributes, Moments of Triumph are available to complete. While some Triumphs won’t be available until Solstice of Heroes, players can start gaining progress towards the Moments of Triumph 2019 Seal. For more info, make sure to check out the Bungie Day blog post.

Last week, we had the privilege to spend some face–to-face time with players at GuardianCon (now known as GCX) in Orlando, Florida. Moments like these are refreshing, as many of us started in the same community that we were celebrating throughout the weekend. If you weren’t able to make it to the event, there are recaps of the Bungie Opening Ceremony and the Whisper/Zero Hour Ride Along available on Twitch. 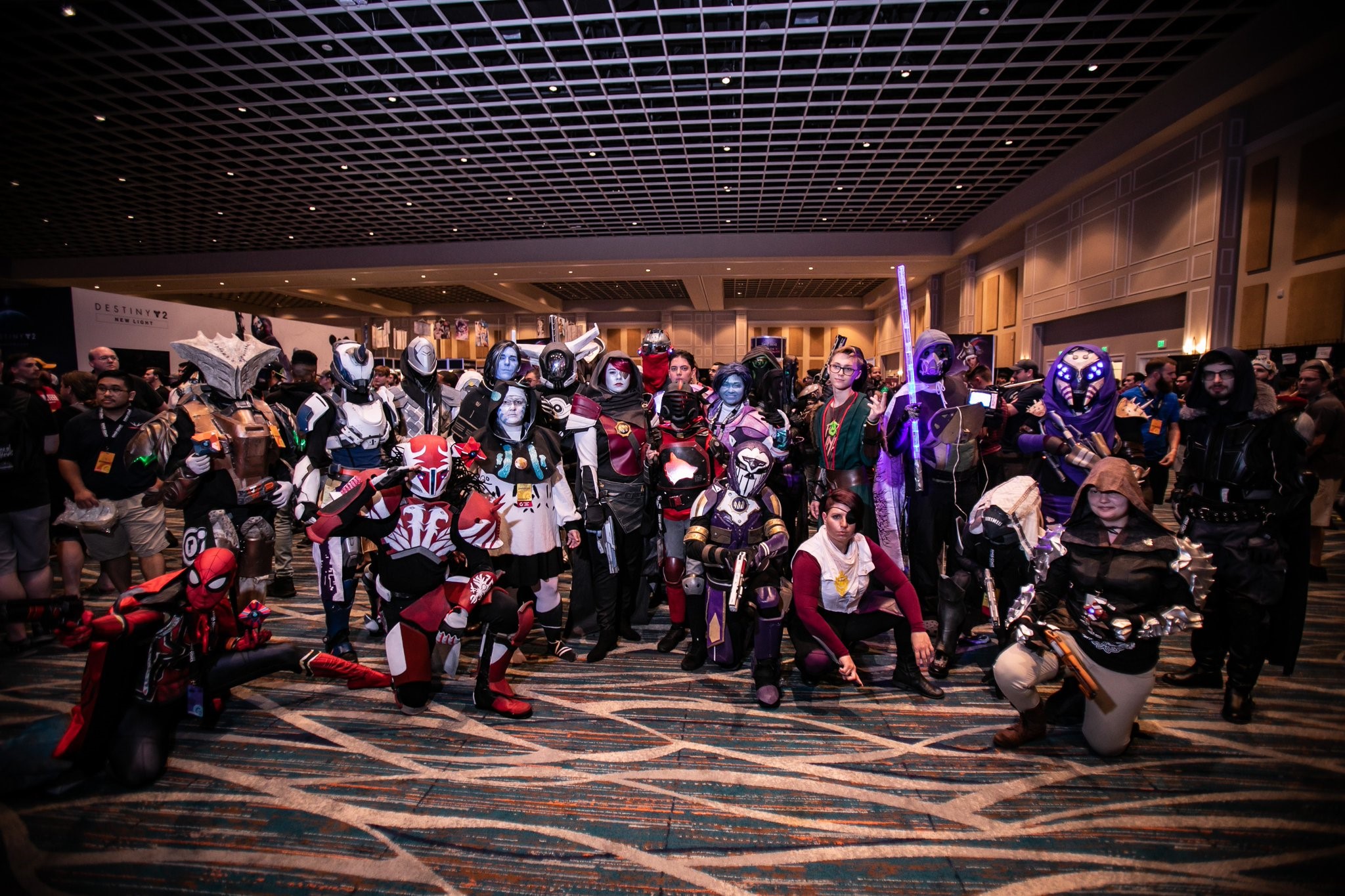 World First Titles were awarded to representatives of their fireteams. Never call these trophies just ‘belts’, or Big Show might show up on your doorstep with a few choice words. Guardians also spent some quality time with Eris, and we can’t thank Morla enough for her marathon signing sessions.

Still taking it all in. Will have a lot of moments to share over the next few days.

Thank you @bungie & @guardiancon & all you beautiful Guardians. #bebrave #grateful

To everyone who took a chance in our Risk/Reward matches, thanks for stopping by! Good games were had and loot was earned. It’s always a blast hosting Crucible matches at events and we loved watching players that had never met before overcoming some pre-formed fireteams. Never underestimate your opponents, no matter how strong the bond with your fireteam may be. 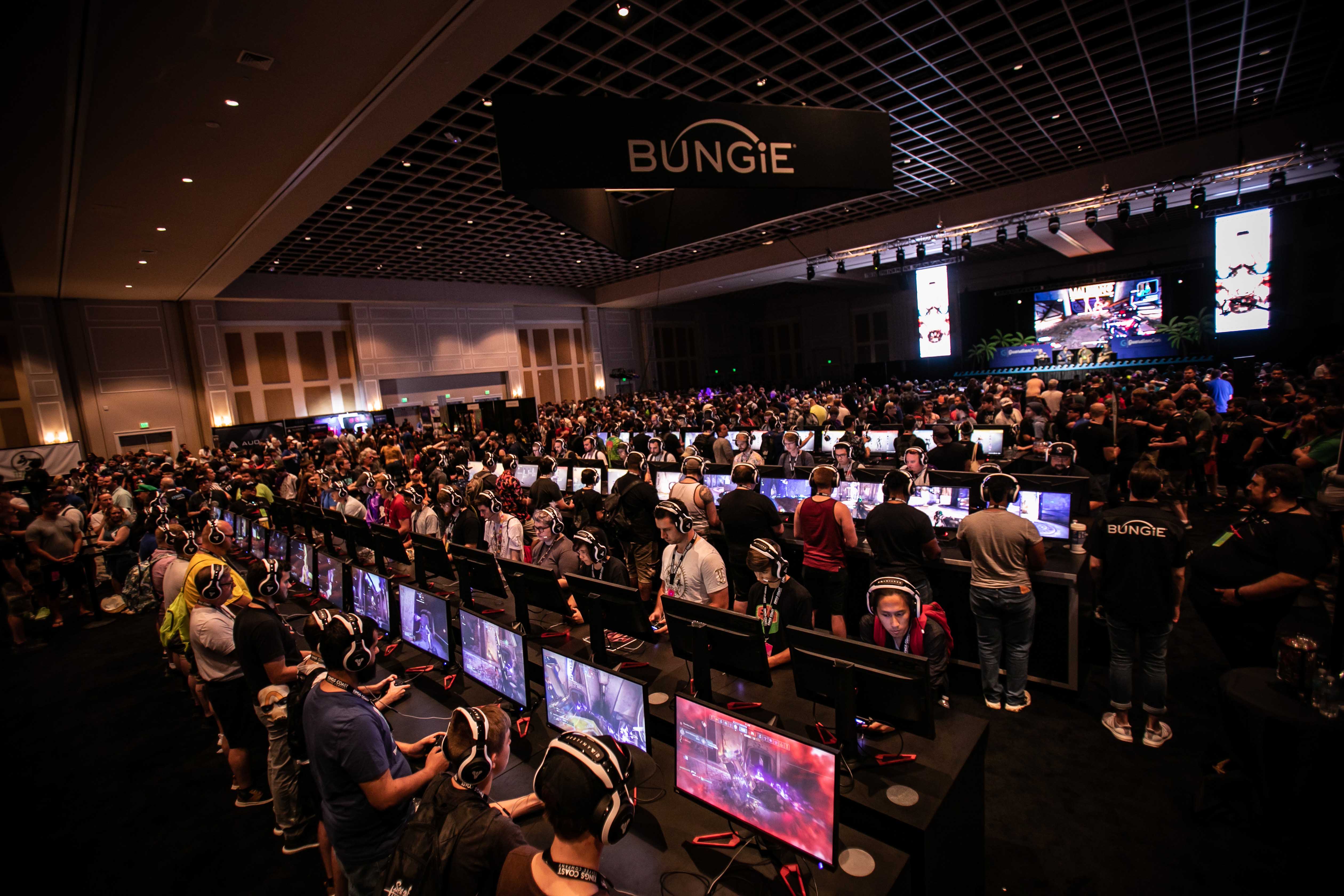 Whatever the name is, it’s humbling to know that there’s an event that began with a bunch of Guardians meeting up at a bar to enjoy each other’s company. We’re excited for the future of the Gaming Community Expo. Maybe we’ll see you there next year.

No matter how much you prepare, a little bug may crawl into your luggage and find itself on a one way trip to the Dreaming City. The Player Support team has been navigating the waters of the #Help forum, gathering information on what players are seeing in the wild since Destiny 2 Update 2.5.1.1 went live.
This is their report.

Additionally, as of today’s background maintenance, issues encountered by players in the Blind Well have been resolved. Players who visit the Blind Well in the Dreaming City should be able to spend any-tier Charge of Light to once again initiate this activity.
For the full list of changes, please see our Update 2.5.1.1 Patch Notes page.
Vital Information: High Roller Triumph
With the launch of the 2019 Moments of Triumph, we have monitored player confusion regarding the unlock conditions for the High Roller Triumph. Here is what is required:

*Armor from The Menagerie must be from an “Opulent” armor set. Eligible weapons include:

For the latest known issues as soon as they are discovered, players should visit our Destiny 2: Season of Opulence Known Issues thread. For archived known issues, players should visit our Destiny 2 Known Issues support article.
System of Peace
Lastly, this week we’d like to clear up a recent miscommunication regarding the Bungie Foundation’s iPadsforKids fundraiser donation reward.
In an in-game message, we incorrectly stated that players who donate $50 or more would receive the Sign of our City emblem. The actual emblem for participating in this fundraiser is the System of Peace. To correct this issue, any player whose donation qualifies for this emblem will receive both emblems after July 14.

Ah, Movie of the Week. This place is usually home to brutal plays in the Crucible, or Guardians slaying Hive gods. This week, our winner tugs at the heart strings.
Movie of the Week: When you’re playing games, just pick a thing that straight bagel the way uh like just just just ma or if there’s something that makes you your your your uh thing sit and enjoy the view

If you’d like to put your name in the hat for Movie of the Week, make sure to post your content to the Community Creations page on Bungie.net, or throw a video to myself or Cozmo on twitter.
Teams throughout the studio are hitting Shadowkeep hard. From Cross Save to [REDACTED], we’re on seek and destroy missions to eliminate bugs and ensure a smooth launch in September. Exciting times, to say the least, but we’re looking forward to sharing more details with you soon. Cozmo and I are planning some deep-dive TWAB’s between now and launch to give you a clear view on the changes coming to Destiny 2.
Until then, we’ve still got some fun in store for the remainder of the season, waiting for you in the Solstice of Heroes event. More on that coming soon…
Cheers,
Dmg04