Jul 20, 2017 - DeeJ
This week at Bungie, we’re putting you to the Test.
The Destiny 2 Beta is live. Two waves of Early Access players have rushed to the aid of a city under attack. The opening moments saw some Termites, but the pest control game of the Destiny Operations Center was on point. Tragically, we can’t say the same for the Guardians who were the first to confront the Red Legion…
It’s been an exciting week! A Beta is a rare opportunity for you to serve as a volunteer on our development team. As a product of the Bungie Community, I can remember the rush of breaking new ground in a work in progress – that sense that my footsteps in a new world were the very first to appear in that soil. During my time at Bungie, I’ve been on hand for several red letter days when a thundering herd of players storm into something brand new. I might be biased as a community guy, but there is no match for that excitement.
We’re learning a lot about what Destiny 2 will be at launch. If you’ve fired a shot in anger at the Red Legion, you’re helping us make a better game. Be sure to tell your friends we said so when they ask you where you got that Emblem.
Don’t take it from me, alone. Producer Jared Berbach has been working with the team that delivered the Beta to your console. Here’s what he had to say about it…

Jared: The Beta has been amazingly helpful for our development team. The analogy I always give is that the Beta is the plow on the front of the train that blasts all the snow off the tracks to clear our path. We had many updates to the original, but Destiny 2 is a brand new game using brand new technology in order to deliver an awesome experience. This new technology needs a lot of testing. This testing ultimately helps us validate that our new server model is working as we thought it would, and at the quality and scale we had hoped. It helps us evaluate our new tech advancements, including enhancements you’ll understand more fully when you play the full game. Ultimately, it paves the way for us to have a much smoother launch.

When Guardians finish a mission in Destiny, the takeaways are (1) sweet loot and (2) feedback about the moments of action that define the game. At Bungie, we have an enthusiastic ear for what you say about your experiences in the wild. The Destiny 2 Beta has been a great opportunity to listen. The test is far from over, but Beta Design Lead Rob Engeln has some acknowledgments to share mid-stream.

Rob: Aside from testing our processes and services, the Beta is also an opportunity for us to collect feedback and data to help us close out the final tuning for the game. We’re watching and playing with you. Thank you for sharing your experiences and helping make the launch version of Destiny 2 that much better.
The PVE game tuning has changed pretty significantly since the Beta build was deployed. The nature of a Beta of this scale requires that it’s based off a build of the game that is now months old. So, in many cases, your feedback is helping us validate changes that were previously made based on internal feedback and playtesting. For example, we too felt that ammo (especially power ammo) was too scarce in PvE. In addition to retuning the drop rates, we built a system that guarantees power ammo drops for you and your Fireteam from certain enemies, giving power weapons a more reliable and predictable role in your arsenal. Other areas where we’ve made significant tuning changes include grenade effectiveness in PvE, Boss vitality, and weapon damage against non-player combatants.

There will come a time to share the full suite of statistics and the analysis. What did we learn? How many Guardians shared a bubble with Zavala? Time will tell. This grand experiment is ongoing, and we're tracking every data-point and forum thread. Tomorrow, we open the experience to anyone holding a controller connected to a PlayStation 4 or an Xbox One. On Sunday, we’ll open The Farm for one hour to see how players come together in the new social hub for Destiny 2.
We hope you’ll join us. There is a certain equity in “I was there before the game even shipped.” We thank you for being one of those people.
Game on!
The Rhythm of the Algorithm
BETA SPOILER ALERT: Once Ghaul kicks you off the stern of his attack ship, you’ll be invited to enter the new arena. 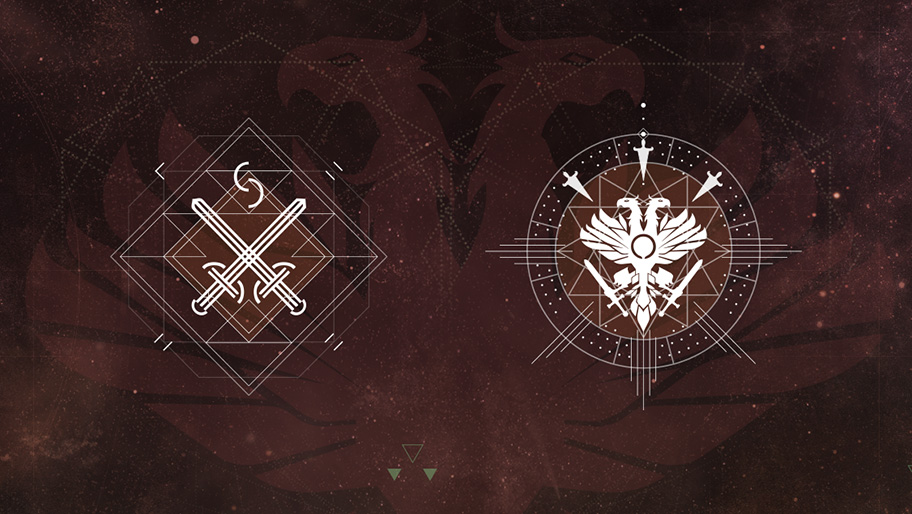 The Destiny 2 Beta provides a preview for how competitive multiplayer is evolving alongside the rest of the game. Whenever Guardians meet in glorious combat, there are questions about how they were selected as opponents. Crucible Design Lead Lars Bakken has some answers for how you’ll meet each other in the heat of battle.

Lars from the Crucible Team here, aka: Thug Larz on the Internetz. We really hope you’re enjoying the Beta. Even though it’s just a taste of the full game, we believe it delivers a good preview of what you’ll experience this fall. As you play your first matches in the Destiny 2 Crucible, you’re probably wondering about how Matchmaking will work. Before we dive into the details, allow me to share our core design principles for the Crucible in Destiny 2:
We’re designing the Crucible for people who live for that competitive fire that wells up in their soul every time they are challenged. That’s important to us.
So, what’s new for Matchmaking in Destiny 2? The obvious PvP evolutions are the 4v4 format and the two consolidated playlists. We hope these changes have a good impact on game quality. Destiny 2 Crucible Matchmaking places a greater emphasis on connection quality, but make no mistake: Skill is still a big component in finding worthy opponents for you to fight.
When all these systems are singing in unison, it should help us reach our ultimate goal: To give all players, regardless of their skill, the best possible experience. While the new Quickplay and Competitive modes are designed to serve different moods, they are using the same MM settings in the Beta. We’ll be able to tune these separately post-Beta, and your playtesting will help us going forward. For those of you who are wondering, we bucket you separately depending on the playlist, so your Quickplay skill is tracked separately from your Competitive skill.
TL;DR: We’re always trying to make sure your connection is solid, while also making sure we give you as fair a match as possible. Thanks again for helping us Beta test the game. We’ll see you starside.

We’re tracking all Destiny 2 Beta #Feedback on the forum. What do you think? Destiny has always been an experience that adapts to your best behaviors behind the gun. This is the first conversation we’ll have about Destiny 2 Crucible Matchmaking, but it will not be the last!
Pest Control

Destiny Player Support has orders to keep watch over the virtual ecosystem where you play. When pesky critters ruin your fun, they run them down. You’re always welcome to follow the running dialogue about the hunt.
This is their report.

July 21: Destiny 2 Open Beta begins
Players who have yet to pre-order will be granted access to the Destiny 2 Beta on July 21 at 10 AM Pacific through the PlayStation Store or Xbox Store. Destiny Player Support is currently tracking the following issues.
We have disabled in-game Clan invitations for the remainder of the Destiny 2 Beta, as functionality was leading to an increase in error code WEASEL. The cause of this issue has been forwarded to the appropriate team for investigation. Destiny 2 Beta Clan Issues do not impact Clan features on Bungie.net or within Destiny 1.
While we are able to reduce the occurrence of some error codes impacting gameplay, other issues revealed during the Beta may not be addressed prior to the ending of Beta on July 23, 2017. To confirm additional known issues, please see help.bungie.net/beta. As we investigate and troubleshoot these issues, stay tuned to @BungieHelp for service status and updates.
Reporting an Issue to the #Help forum
If you encounter any issues during the Destiny 2 Beta, please post a report to the #Help forum with the following information:
While players may not receive a response, issues will be forwarded to the appropriate teams for investigation.

War and Remembrance
Right about now, your community manager is monitoring all the chatter that’s pouring in from brave Beta testers. He still found time to obey two sacred rituals that define our culture: Beating each other senseless and making sweet videos.

Cozmo: The Bungie Bounty took a brief hiatus in anticipation of the Beta, but its back next week with a vengeance. This one’s going to be tough for challengers. Your target will be Murdar0, a highly skilled competitor from the BombSquadKittens. Bring your A-game.

Should you match with Murdar0 and come out on top, you will be going home with a brand new Sign of Opposing Will Emblem. Please allow one week for shipping and handling. For more details check out our Bungie Bounty FAQ.

Cozmo: Do you like to see exciting moments that other Guardians share with the world? Do you enjoy work that others concoct for your entertainment? If so, you have come to the right place. We are constantly collecting new movies to deliver straight to your Internet machine of choice.

Every winner you see here today will be granted a special Emblem to commemorate their accomplishment. If you would like to join then, submit your work to the Creations page. Here is what we have to offer this week.

Honorable Mention: I’ll Make Guardians Out of You

This test is not over. Not yet. There is still more fighting to be done.
I’m doing my part, holding court where our Vaults are burning. It’s so satisfying to be there in the Tower for that first moment of cooperative gameplay in Destiny 2. I like to pretend that the players who join me to repel Cabal assaults are brand new to the community, and I’m there to be their first ally in the living world of the game.
Then I go into the Crucible, and the illusion that everyone is a noob is quickly shattered, right along with my face.
It’s been fun, Guardians. See you on The Farm?
DeeJ, out.