Oct 20, 2016 - DeeJ
This week at Bungie we raised the stakes.
Two days ago, some important developments landed in Destiny. The power economy became more rewarding. The water line for your Maximum Light climbed upward. The wrath of the machines that lurk deep beneath the Plaguelands intensified.
It’s all part of our campaign to keep you striving to reach new heights and explore new depths. We have some more tricks up our sleeves. You’ll learn about them soon.
First, let’s celebrate the accomplishments of the Guardians who crossed the finish line defended by Aksis.
Next Stop: Legend!
With the activation of Heroic Mode for the Raid, the race to be the first to complete the mission started all over again. Our Raid designers have always said that the harder difficulty is the ultimate test of teamwork and execution in Destiny. For this battle against artificial intelligence, the first Fireteam to beat the machine relied on some good old German engineering.
Your friendlier community manager, we call him Cozmo, debriefed Clan Die Busfahrer - you would call them “Bus Drivers” - about their success.
First off, congratulations on achieving World First for Heroic Mode Wrath of the Machine. Your Clan page mentioned speed runs. Did speed running the Raid help prepare you for this challenge?

DB: We love to be challenged and attempting speed runs in Destiny is just one of many ways to improve our qualities. The week before Heroic Mode, we played the Raid several times a day and paid attention to how to coordinate each phase. It helped us train and improve the process, but none of us knew how much the Raid would change in the Heroic Mode.

We do love the element of surprise. What was the team composition of your Fireteam?

That’s a very balanced Fireteam. Did you have any specific strategies for the encounters, or did you just concentrate on execution?

DB: In the first encounter, the plan was to collect the charges as quickly as possible, without disturbing each other.
In the second encounter, we split up so that the Warlocks do not act directly next to each other. That way, if one Warlock dies we could self-revive and help out in the middle or do one side alone. In the damage phase, we worked with Weapons of Light, Sleeper Simulant, and Shadowshot to deal maximum damage.
In the third encounter, the Warlocks equipped Transversive Steps and the Hunters equipped Keen Scout to carry the engine parts quicker. One of us stayed at the machine and activated all mines so we weren't slowed down - but we were shocked when the Devil Walker appeared in our path.
For phase 1 of Aksis, we equipped Dark-Drinker and split up again. One person took care of the enemies and the Captain and the other always took care of the turrets, because they were the biggest problem for us.
For phase 2, to deal maximum damage, we placed a bubble with Weapons of Light right in front of Aksis and hit him with Dark-Drinker. We needed two damage phases to get him into final stand, then we hit him with everything we got as hard as possible to defeat him.

How did it feel when you first learned the news? We weren’t able to watch you on a stream and were curious how the reaction was?

DB: When we read the tweet from DeeJ "Time to get on the bus" we were totally excited and hoped that we were World First. When we saw the congratulations from Bungie, we were totally happy and speechless at the same time. For Volt230, it was a very special pleasure, because it was also his birthday.

Please tell him a belated Happy Birthday from us. Anything else you would like to add during your moment of triumph?

DB: We want to thank Bungie for the nice time in the Raids and all the challenges they have put us through. We are already looking forward to the rest of the year and future events.

Herzliche Glückwünsche, Bus Drivers! We’d ride along with you anytime. See you at the Festival!
Marvelous Baubles
A life well lived is marked by special occasions, even when you’re a Guardian perched on a wall that separates humanity from total annihilation. As the seasons change, we decorate our doors with ornaments. In Destiny, we’ll do the same thing with our weapons.
It’s no secret that Festival of the Lost shall return to bring some Autumnal flair to Destiny. Very soon, you’ll learn exactly how and when the Guardians will celebrate the memories of lost souls. Already, there are previews in the game for how you can costume your Bad Juju. 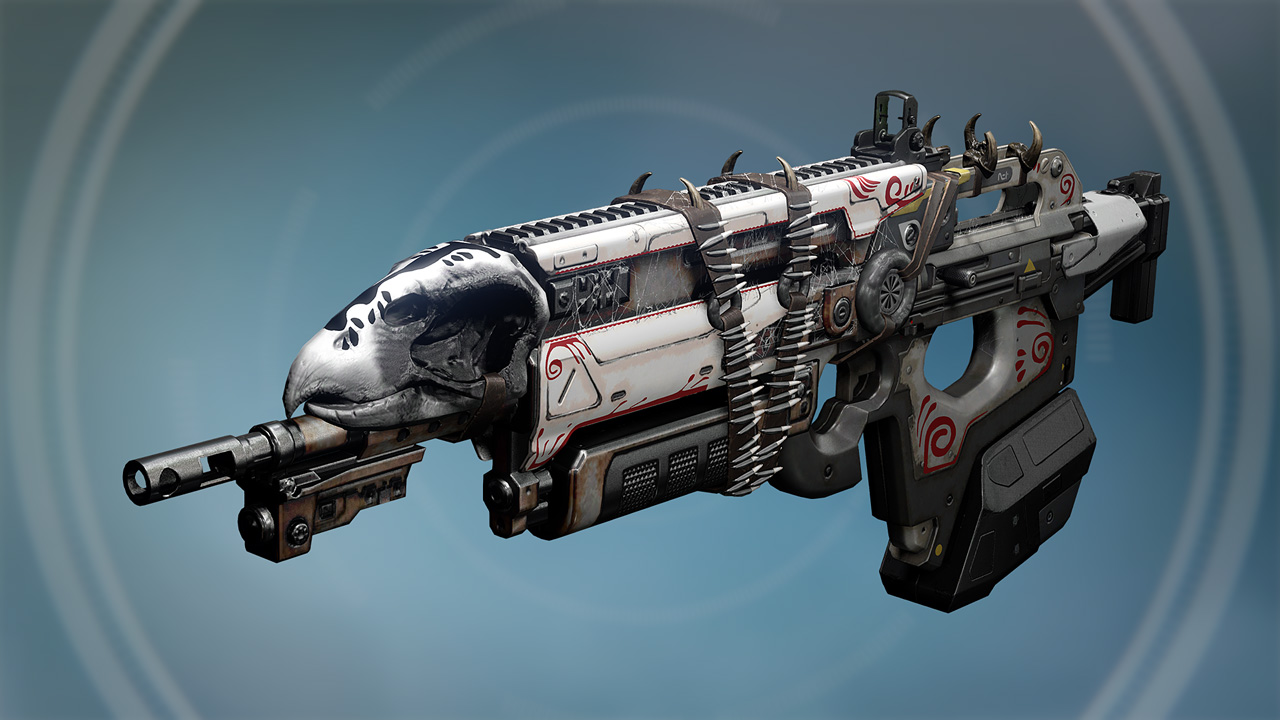 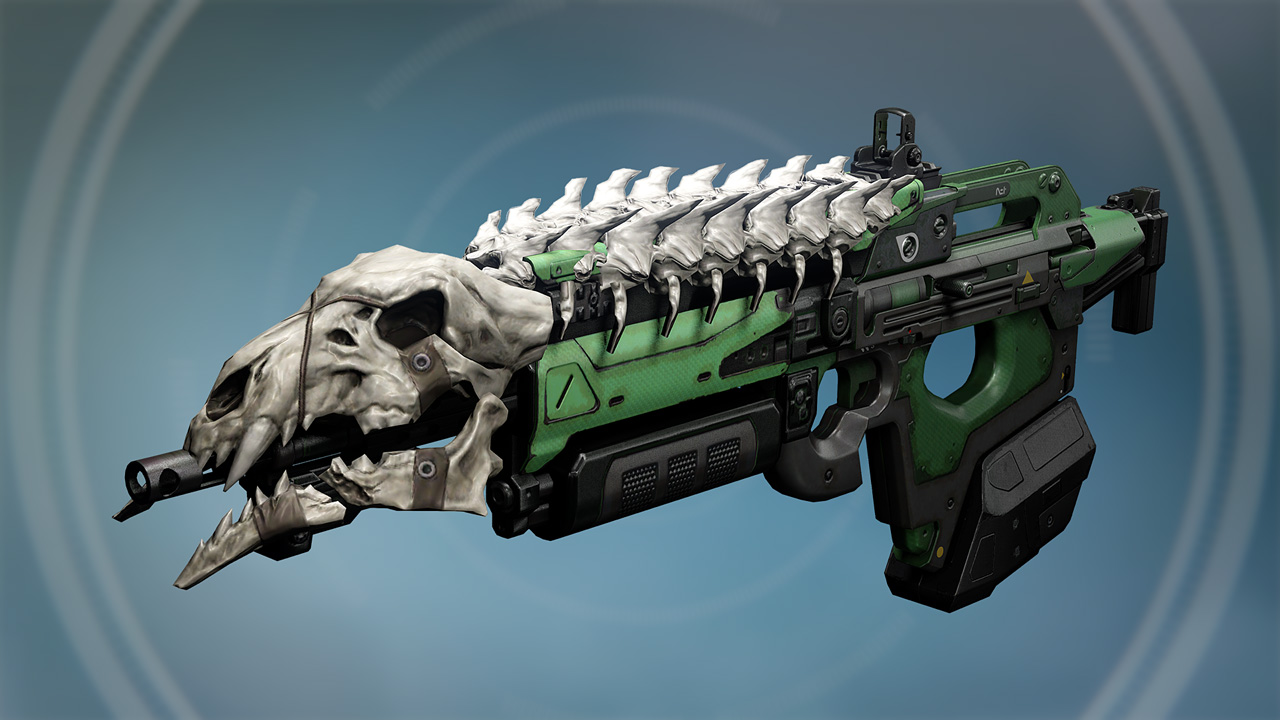 This Winter, you can also expect more ornaments for Red Death and Thorn. These are still in development, and very well could change before you have a chance to acquire and equip them, but here’s a look at the Ornaments on our workbench. 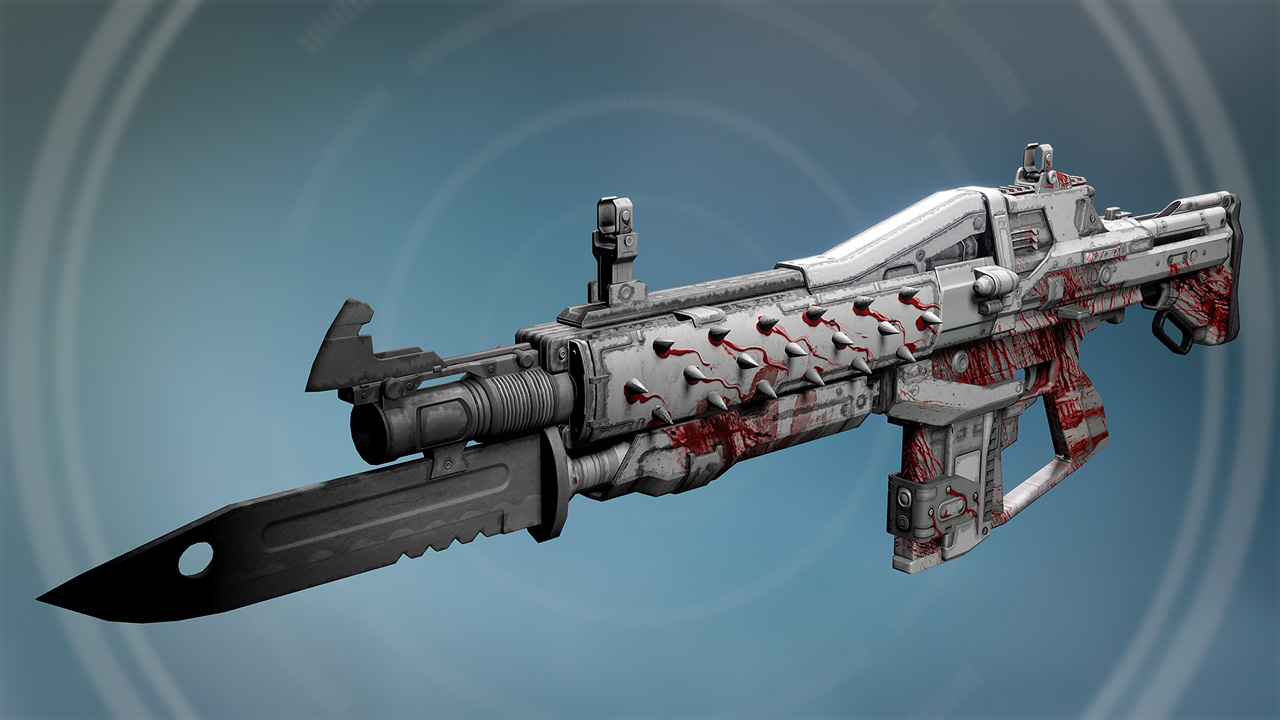 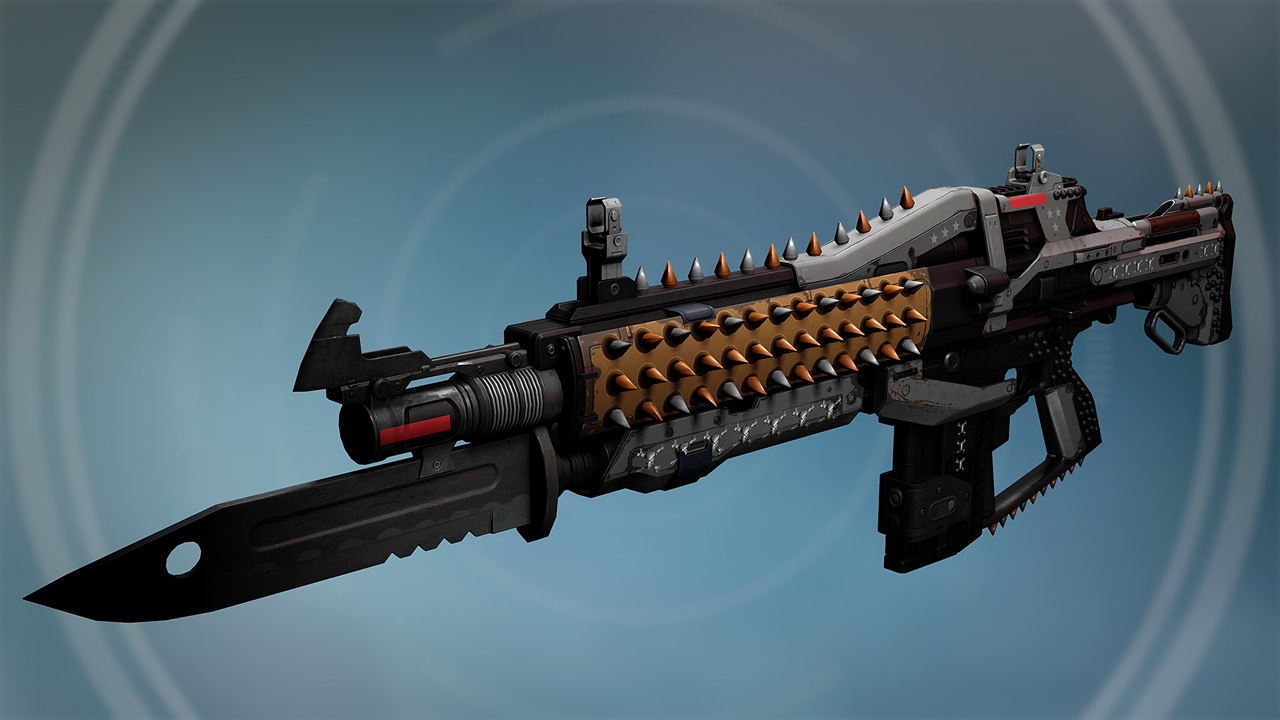 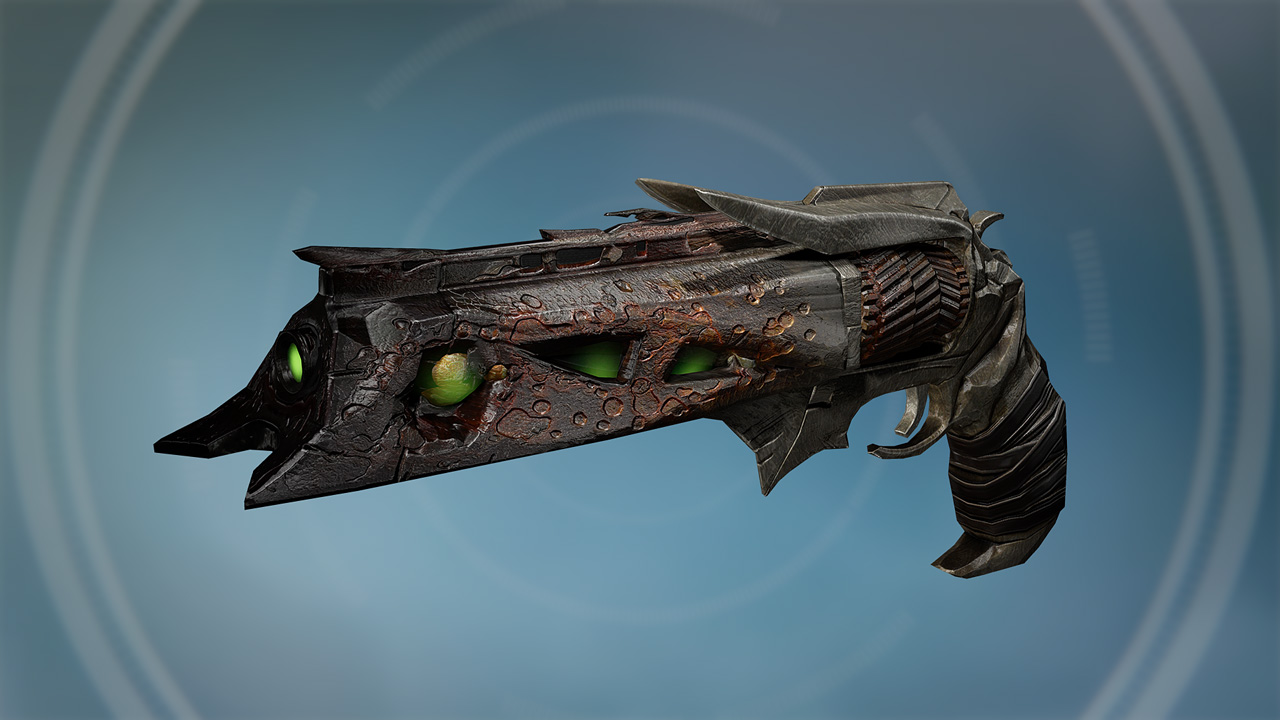 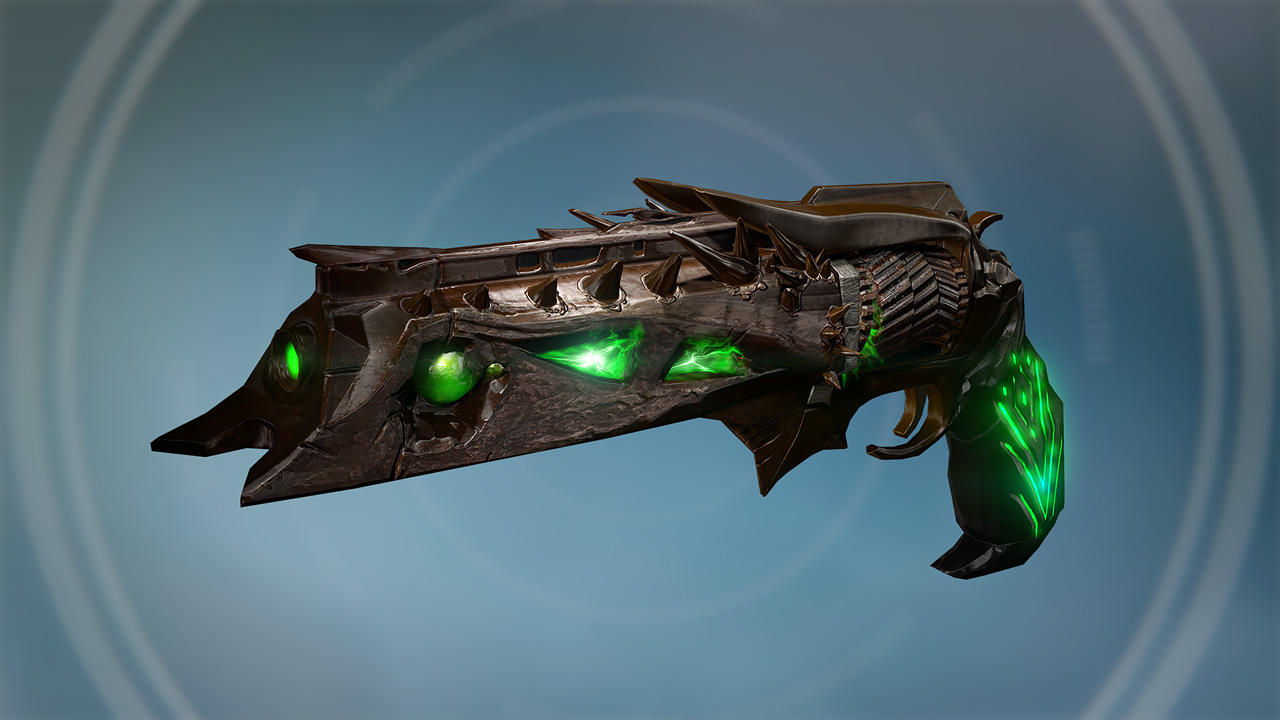 Before the dawning of 2017, The Last Word and Black Spindle will also get in on the festive action. This year is racing to a close, but there are still some special occasions to celebrate and experience in the game.
Straight Shooters

Destiny Player Support are the troubleshooters on the front lines of development. If there is an issue that keeps you from playing Destiny – or getting out of it what you deserve – they’re investigating it. You can join them in their mission by posting on our #Help forum. We’re all in this together, after all.
This is their report.

This week, Destiny Update 2.4.1 became available to PlayStation 4 and Xbox One consoles. If you are encountering any issues downloading or installing this update, please see our recently updated Installing and Updating Destiny Guide.
Destiny Update 2.4.1 Known Issues
The following issues have been confirmed since the release of Update 2.4.1:
We are also investigating issues impacting the stability of Bungie.net and the Destiny Companion App. Some features, such as Character Stats or Social Space Vendors, may be intermittently unavailable until these issues are resolved. Stay tuned to @BungieHelp for additional information and updates.
Destiny: Rise of Iron Resolved Issues
The following issues introduced with Destiny: Rise of Iron have been resolved with Destiny Update 2.4.1:

With Update 2.4.1, an issue was also resolved where the Firefly perk would activate multiple times, causing game crashes. We are actively monitoring the #Help forum to ensure that this issue is fully resolved. For the full list of known issues that we are continuing to investigate, please see our Destiny: Rise of Iron Known Issues thread.
Film Fanatics

Managing a community has to be about more than just celebrating hardcore Raiders. We also need to tip our caps to the artists that shape our shared culture. That honor falls to this brave Hunter, always seeking out more creators to put in his crosshairs.

Cozmo: Welcome friends. You have stumbled upon a weekly tradition where we screen films created by our community. Any of the creations featured below will be rewarded for the efforts of their creators. Anyone who helped work on these movies will receive this fancy Emblem. If you are interested in having one of your creations featured, the best place to submit your movies is the Creations page. If you are a winner, make sure you put the player names of who helped make the video in the description.

Let’s start with something classy.

You have yet more challenges to overcome in Destiny. Some of them you know about. Some of them you don’t.
Raiding is a more dangerous game now, and it will continue to offer greater rewards in exchange for taking on greater risks. Your favorite Raid bosses in Wrath of the Machine will up the ante again, once we’re done hosting our upcoming masquerade ball.
Stay tuned. We’re working behind the scenes to scare up a reveal of the party.
DeeJ, out.