Feb 20, 2020 - A_dmg04
This week at Bungie, all eyes are on Stage 7.
Time and time again, this community humbles us. A few weeks ago, you were challenged with the Empyrean Foundation, requiring billions upon billions of Fractaline donations to light a beacon of hope. You’ve strategized your investments, brought riches to our dear friend Spider, and smashed six goals faster than we could have imagined. Here’s an update on your shared progress: 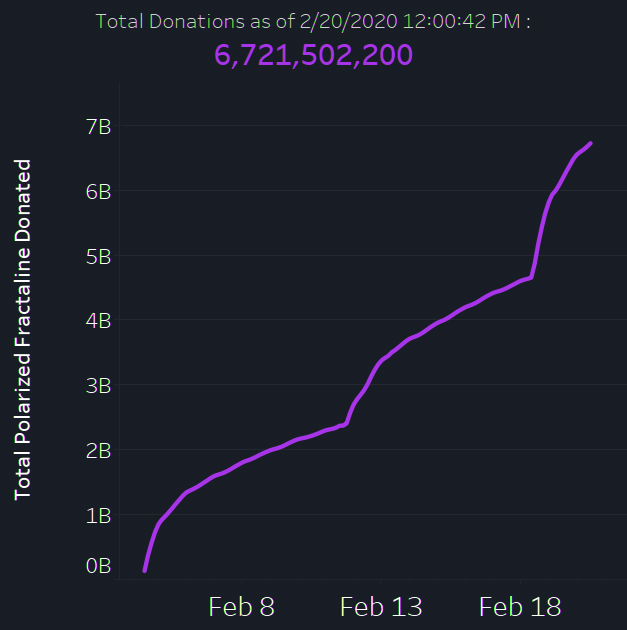 Whether you’ve been donating or investing, this has been a community-wide effort from the get go. Your combined efforts are paving the way to success. Soon, the final Triumph for the Savior title and a fancy new shader will be available for everyone, and it’s all thanks to you.
Now, let’s shift gears. A few weeks back, we promised some Sandbox previews leading up to Season of [Redacted]. Let’s get to it.

This week, we’re putting the magnifying glass on weapons. While Swords were given a bit of an overhaul in functionality, other weapon archetypes are seeing some finer tuning. Damage values, ranges, and even reload canceling are on the table this time around. We know one of the first questions on your mind will be, “Is this a Crucible-centric update, or will PvE get changes this Season as well?”
While the following changes will be coming out at the beginning of Season of [Redacted], some are in preparation for a new PvE challenge coming later in the Season. A new Nightfall difficulty, officially dubbed “Grandmaster,” will test even the most proficient Guardians. We’ll have more details about this new ordeal in the coming weeks. But for now, we have information from the Dev team on changes being made to ensure that we strike the right balance between challenge and reward.

Dev Team: For Season of [Redacted], we’ve adjusted quite a few weapon archetypes alongside the changes to Swords that were announced two weeks ago. While these are not all the changes in the release, we’re covering some important conversation pieces here.
Izanagi’s Burden
Since the removal of auto-reload effects from Rally Barricade and Lunafaction Boots, as well as the introduction of a catalyst for Izanagi’s Burden, it’s seen a significant uptick in use. Izanagi’s Burden solidified itself within the majority of endgame builds due to its excellent burst damage, sustained damage, ammo economy due to Special ammo, and safety due to being a Sniper Rifle. The Outlaw trait was swapped out for No Distractions to be more in-line with the fantasy of the weapon and to ensure the trait on the weapon would still work with Honed Edge.
Sniper Rifles
We gave Sniper Rifles an increase in PvE damage back in Shadowkeep. We’re removing that change for a few reasons. Sniper Rifles have a lot of utility and safety due to their range and the increased damage was giving them too much of a leg-up on their closer range counterparts. That gulf only widens as the difficulty of any given encounter goes up. The direct changes to Adaptive and Rapid-Fire Snipers were to make the differences in the sub-archetypes more impactful again as well as to give some amount of parity with the adjustments to Shotguns and Fusion Rifles.
Grenade Launchers
Through a combination of archetype adjustments and new perks being introduced, Grenade Launchers have been quite powerful ever since Season of the Drifter. We’ve changed the Aggressive frame sub-archetype to the Rapid-Fire sub-archetype to be more in line with other weapon’s established conventions and slightly reduced their effectiveness on Powerful enemies to give other weapons some more breathing room.
Lord of Wolves
The ease of use granted by changes to Release the Wolves made it very difficult to approach and made the margin of error extremely large. We’ve pushed the two states apart via accuracy to ensure that the default state is the norm, rather than the exception. With this change, Release the Wolves should be used at extremely close ranges against large targets instead of just being a better version of the default behavior.
The Last Word
When reintroduced in Season of the Forge, The Last Word became quite dominant due to its extremely forgiving maximum time-to-kill (TTK). We’re adjusting the way the weapon works to focus it back as a hip-fire based weapon while also improving that side of the experience for both controller and mouse and keyboard inputs. We also made it a little less forgiving so that you still have to concentrate on your aim while wielding the weapon.
Shotguns
One issue we’ve been waiting to fix before adjusting Shotguns again was an oddity in the way our aim assist system works with weapons that don’t care much about precision damage. As an example for Shotguns, at certain distances between players, the aim assist system would prioritize the head, causing the entire spread to deviate from center mass and make the player miss out on the kill. With that issue out of the way, we made more adjustments to Shotguns to give other weapons a little more time to react to them.
Fusion Rifles
Similar to the issue noted above with Shotguns, Fusion Rifles also suffered from some target acquisition related oddities that we’ve since fixed. Most of the changes here are adjustments focusing on the High Impact sub-archetype. Backup Plan was an Exotic perk in the original Destiny release, and it was placed on Legendary Fusion Rifles in Destiny 2 due to them being Heavy ammo weapons at the time rather than the Special ammo weapons they currently are. When weapons were shuffled around in Forsaken, the perk came along with them, and we’ve decided to adjust it alongside the archetype itself to have it fall back in line with other Legendary perks.
Auto Rifles
Some small tweaks have been made to give Auto Rifles a small boost in efficacy for the Crucible—though they also influence PvE. The nature of the way Destiny is played tends to have Semi-Auto based weaponry be more effective in general and so we’re compensating for that with these tweaks. These are fairly modest changes intended to give Auto Rifles more of a chance in an open fight without attempting to drag the TTK of the entire game down.
The following impact values have changed:
These are some of the biggest changes coming to weapons, but be sure to check out the official patch notes in early March for the full list. We’ll also have a preview of Exotic armor changes, along with tuning to your Supers and abilities in the coming weeks. Stay tuned.

When processing the #Help forums, Destiny Player Support is tasked with distributing need to know information to players in need. Help articles, workarounds, and general troubleshooting are the keys to success.

XBOX NEGATIVE SILVER BALANCE
Earlier this week, Destiny Player Support noticed an increase in reports about negative Silver balances on Xbox that we are continuing to investigate. Players who are still running into this issue on Xbox should reboot their console and log back into Destiny 2 to verify their Silver balance.
Players experiencing negative Silver balances due to refunds or chargebacks should refer to our Destiny Silver Purchases Guide.
“IN THE VALLEY” CRIMSON DAYS EMBLEM
On Tuesday, Destiny Player Support received reports that code generation and redemption for the “In the Valley” Crimson Days emblem had ended approximately nine hours earlier than expected. To ensure players who had already generated a code had a chance to redeem their code or a friend’s code, the deadline to redeem was extended until Wednesday’s daily reset.
CURRENT KNOWN ISSUES
While we continue investigating various known issues, here is a list of the latest issues that were reported to us in our #Help Forum:
For a full list of emergent issues in Destiny 2, players can review our Known Issues article. Players who observe other issues should report them to our #Help forum.

They Believed They Could Fly

Titans like to punch things, right? Sometimes, things aren’t within reach of their fists. This week’s winners bridge the gap with some killer editing that really drove it home.
Movie of the Week: Titans Just Want to Punch Things

Let’s say you want a cool emblem. You should do what this week’s winners did: make a cool video and submit it to the Creations page on Bungie.net.
I’m still having a bit of trouble processing the fact that you’ve all raised billions of Fractaline in the last few weeks. On top of that, you’ve completed countless Timelost weapon bounties in the process. Spider is swimming in shards. Your XP gains are overflowing.
I can only hope to one day own a successful business like our Fallen friend.
While all this has been happening, Osiris confronted an old ally(?) to provoke them to pick a side. Have you seen the new cinematic in the game? It’s out there. In the weeks to come, your victory over the Red Legion on Mercury will be complete. A new Season is on rapid approach and with it comes new mysteries, threats, and activities to plunder for rewards. If you’re enjoying those Obelisks, you still have time to farm their resonance levels and weapon bounties before the next Season begins. We’ll share more with you real soon…
Cheers,
Dmg04