Nov 7, 2019 - Cozmo_BNG
This week at Bungie, we relieved a heavy burden.
Today, we fixed the issue blocking the acquisition of the coveted Izanagi’s Burden, increased Power drops for pinnacle rewards, and deployed a few other improvements in Hotfix 2.6.1.1. Check out the patch notes and the Player Support Report below for more details.
Iron Banner is in full swing. Take advantage of the latest changes and turn your Iron Banner bounties in for +2 pinnacle rewards before the event ends on November 12.
Last week, Hive started pouring out of the Altars of Sorrow. Guardians began to explore the new dungeon. Festival of the Lost kicked off with decorations and some hidden treats in The Tower.
It’s a busy time in Destiny but don’t forget to take a moment and treat yourself to some crispy “one taps” in Momentum Control.
Next week, an Infamy Boost is going live for Gambit and a new raid challenge will be available for Garden of Salvation.

The final countdown is on! Game2Give concludes this Sunday, November 10, at 11:59 p.m. PST in support of the Bungie Foundation’s iPads for Kids Program and Children’s Miracle Network Hospitals to fund local children’s hospitals’ greatest needs. Thank you to each and every one of you who pitched in to help with donations, streaming, or both — we truly couldn’t do this without you. If you haven’t gotten the chance, you’re not too late! You can make a donation here to support this great cause.
To date we’ve had nearly 30,000 unique donors, 4,736 individuals and 410 teams sign up to stream on behalf of Game2Give.
As we head into the weekend, we’re kicking off a 72-hour streaming marathon with a bunch of featured content creators. Tune into some of your favorites and meet some new ones as you help them reach their fundraising goals. 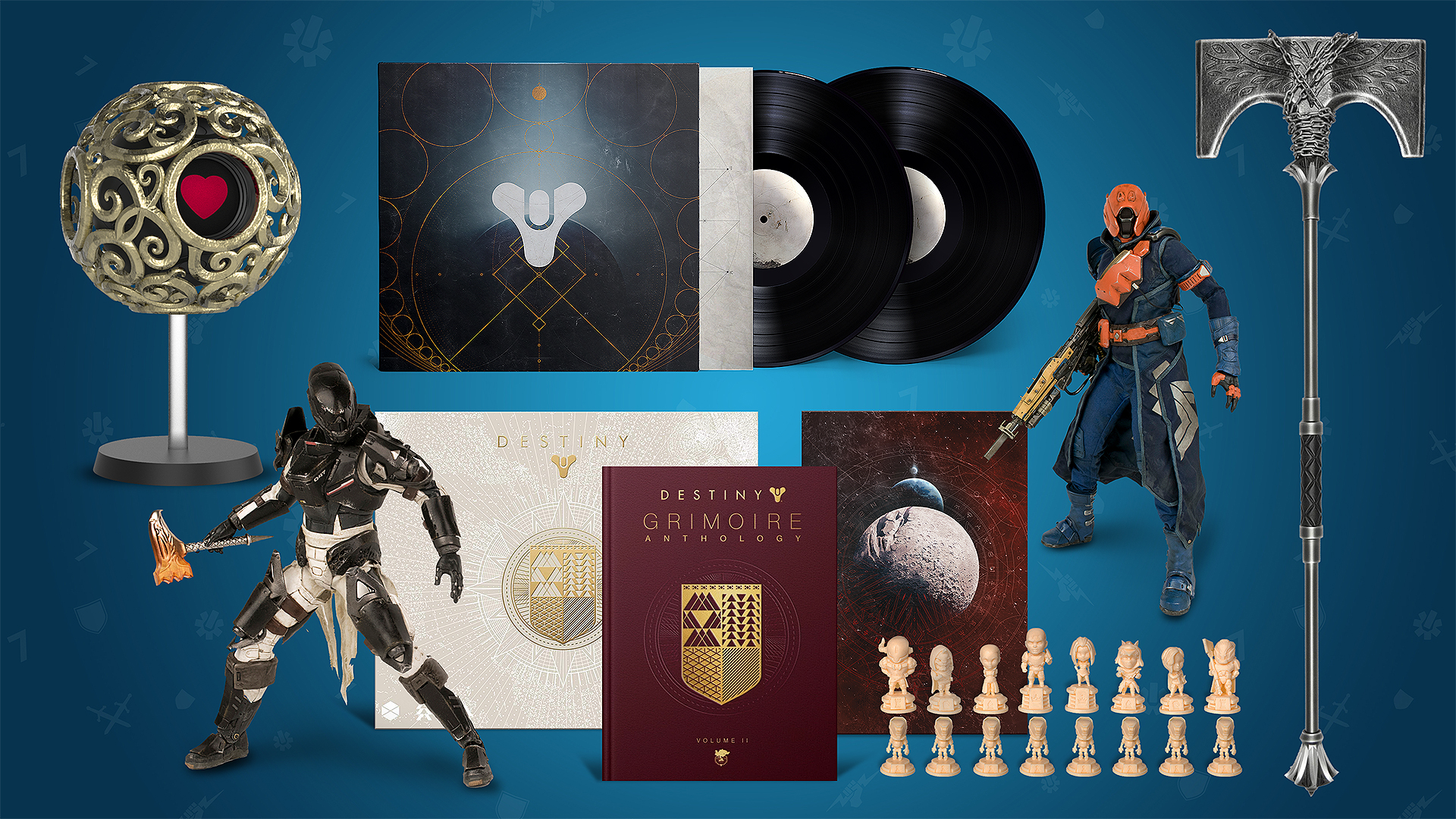 Don’t miss your chance to get your hands on a Limited-Edition Gilded Shell Exotic Ghost Vinyl as well! You can pre-order yours now on both the Bungie Store and Bungie Store EU. 100% of profits will be split between the two charities. 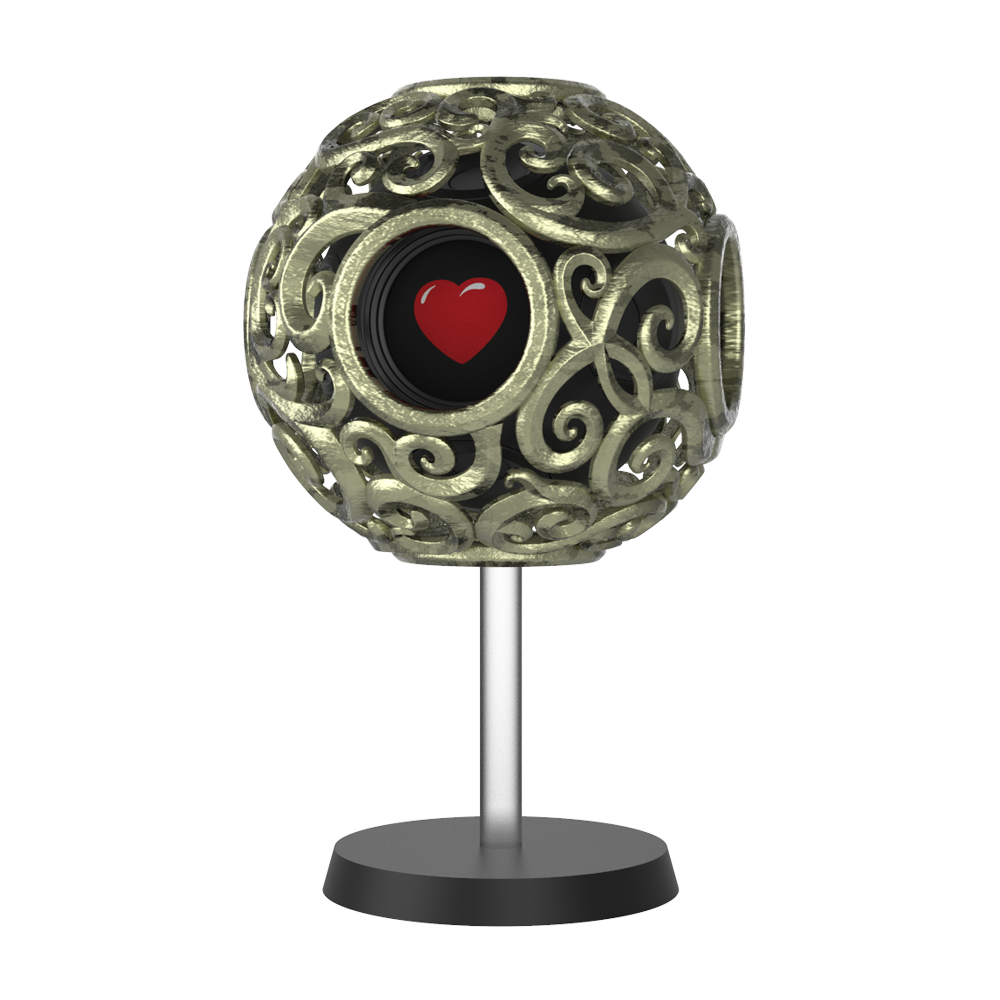 Join your fellow Destiny community members in supporting these two great causes before the event wraps on November 10! Follow us on Twitter for exciting announcements as we move closer to our $2,000,000 goal.

The Bungie Store has some new purchase offerings this Season, both in the game and soon to be in your house. Act fast, because these offers are only available for a limited time.
We’re giving away the Dark Orbit emblem for free to anyone who completes the initial Festival of the Lost quest. Visit bungie.net/rewards to add the free emblem to your collection.
We also have the Braytech Werewolf Long-Sleeve T-Shirt as a purchasable offer available during the Festival of the Lost. To get your purchase code, complete the Master of Disguise Triumph and grab the Braytech Werewolf Legendary Auto Rifle for 1,000 candy before the Festival of the Lost ends on November 19. 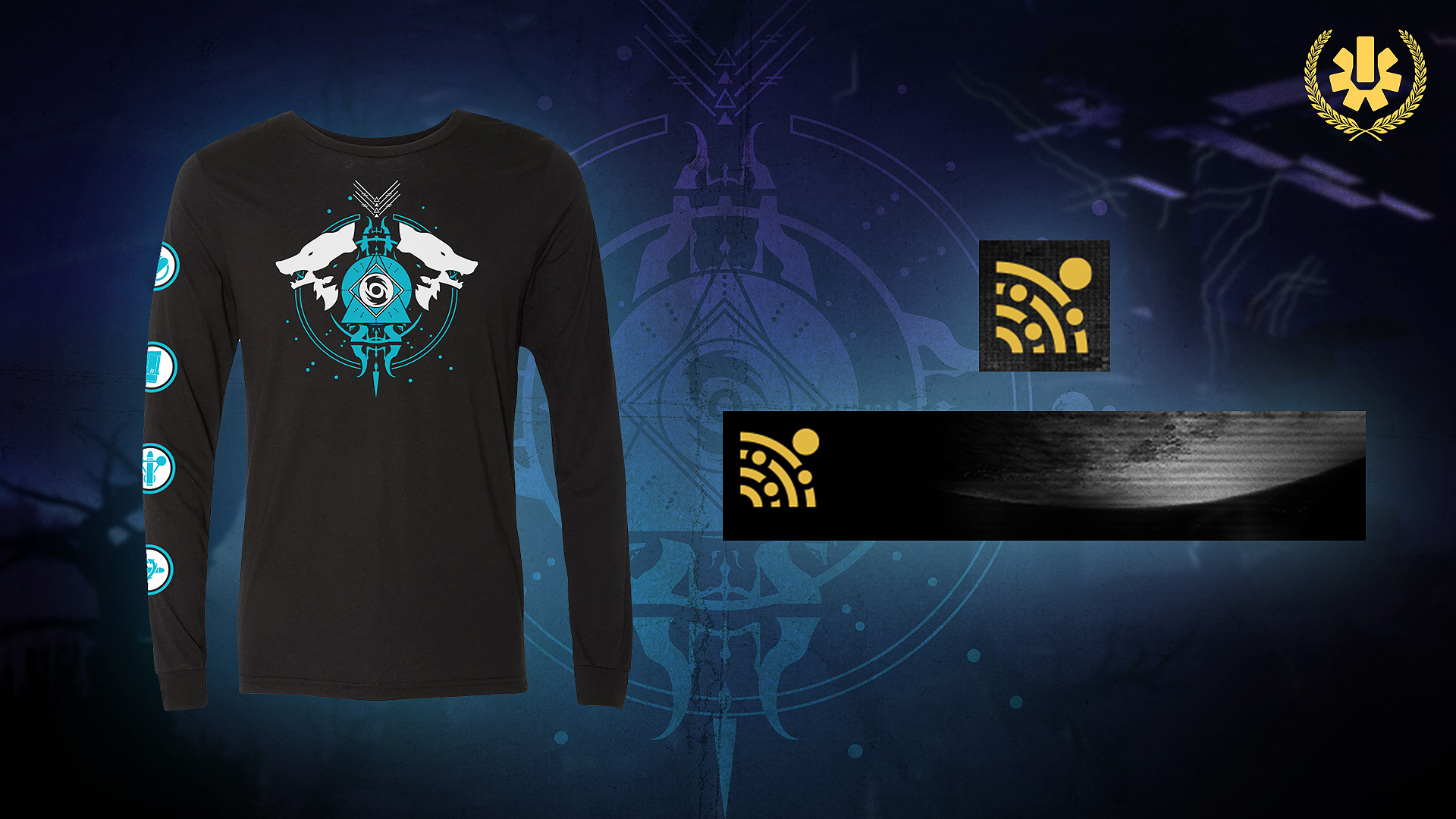 Completing The Pit of Heresy unlocks the ability to purchase a foam replica of the Relic Sword you used to dispatch Hive in the dungeon. Deadline to claim the code is the December 31 reset and the deadline to pre-order is December 31, at 11:59 p.m. PST on the Bungie Store and Bungie Store EU.

It’s recommended that you activate your discount code as soon as you get the email from Bungie.net since Bungie system maintenance can alter the deadline.
The Bungie Store now has a presence on Instagram! If bespoke beauty shots and behind-the-scenes content featuring Bungie Store products piques your interest, check it out and give it a follow. 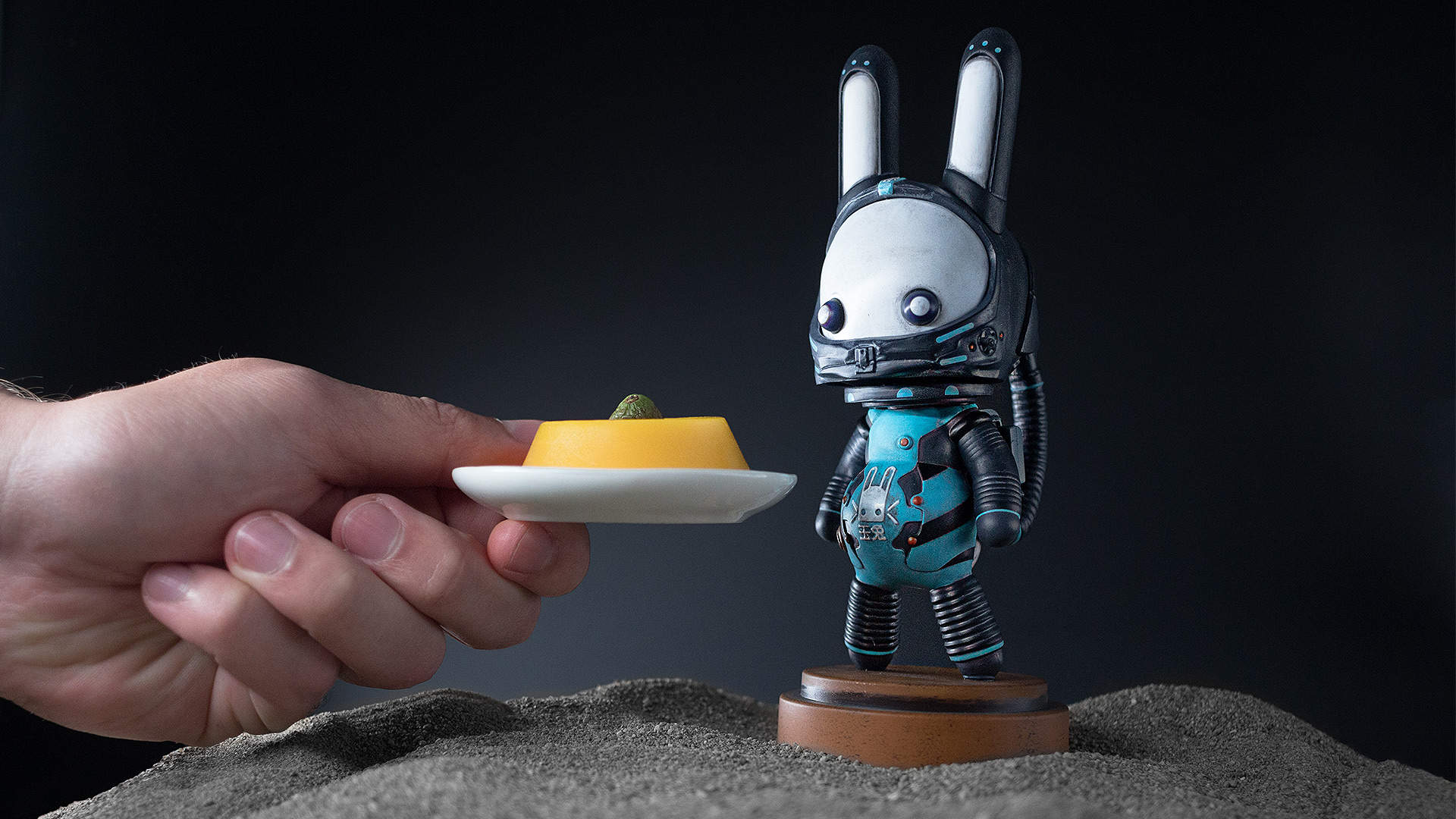 What’s in the Box?

Player Support has been tracking current issues and ensuring that the proper people were working on fixes. Today, some of those fixes were deployed.
This is their report.

Earlier today, we deployed Hotfix 2.6.1.1 that targets a pair of emergent issues which prevented players from opening the Mysterious Box and acquiring Izanagi’s Burden. Here are some highlights of other changes also included in the hotfix:

For information on upcoming maintenance windows, players should follow @BungieHelp on Twitter or monitor our support feed at help.bungie.net. For our patch notes archive, players should visit our Updates page.

For Guardians who observe it; Daylight Saving Time has concluded for 2019. This means that until March 2020, daily and weekly resets will now occur at 9 a.m. Pacific Standard Time.
Players in regions that do not recognize Daylight Saving Time will continue to experience resets at 1700 UTC.
For more information about daily and weekly resets, players should visit our Destiny 2 Ritual Reset Guide.

Listed below are the latest issues to emerge in Destiny 2.
For the latest list of emergent issues in Destiny 2, players should visit our Known Issues thread. Players who observe other issues should report them to the #Help forum.

Welcome to another Movie of the Week. This is our ongoing tradition of picking a few of our favorite community created videos and sharing them for all to see. Each featured creator also gets a brand spanking new emblem. If you win, link your Bungie.net profile in the description of the video so we can give you your hard-earned digital goods.
Movie of the Week: The Most Titan Titan On The Moon

We witnessed some heroics this week when a brave Guardian reached 999 Power in an attempt to challenge the darkness consuming the Dreaming City. We congratulated them on their effort, but the curse remains.
<3 Cozmo