Oct 18, 2018 - Cozmo_BNG
This Week at Bungie, we got spooky.
The Tower is full this week. Festival of the Lost has begun! The engram lanterns have been hung, and purple candles lit. Players are confronting their Nightmares in the Haunted Forest and earning some sweet loot in the process. We’re just getting started.

The festival isn’t the only reason to visit the Tower. Lord Saladin is currently overseeing the Iron Banner, Valor gains are increased in the Crucible, and the Dreaming City has been overrun with Taken. With so much to do, you have some choices to make about where to commit yourself to the action. Visit the Blind Well, hammer out some Iron Banner bounties, or see how far you can dive into the Haunted Forest? No matter what you choose, there’s something to earn or a goal to achieve.

Festival of the Lost is in full swing. Last week we showed off some papercraft masks you can download and put together to bring the spirit of the festival to life. The three-pack bundle of masks is still available on the Bungie Store, and the chicken mask is free to everyone who has the patience. If you want to see how to put it together, Graphic Designer Zoë Brookes can show you how it’s done.

Masks are not the only Festival of the Lost arts and crafts activity we have to offer. We just uploaded 14 Destiny 2–themed pumpkin stencils for you to use to create some spooky decorations. You do have to supply your own pumpkins. 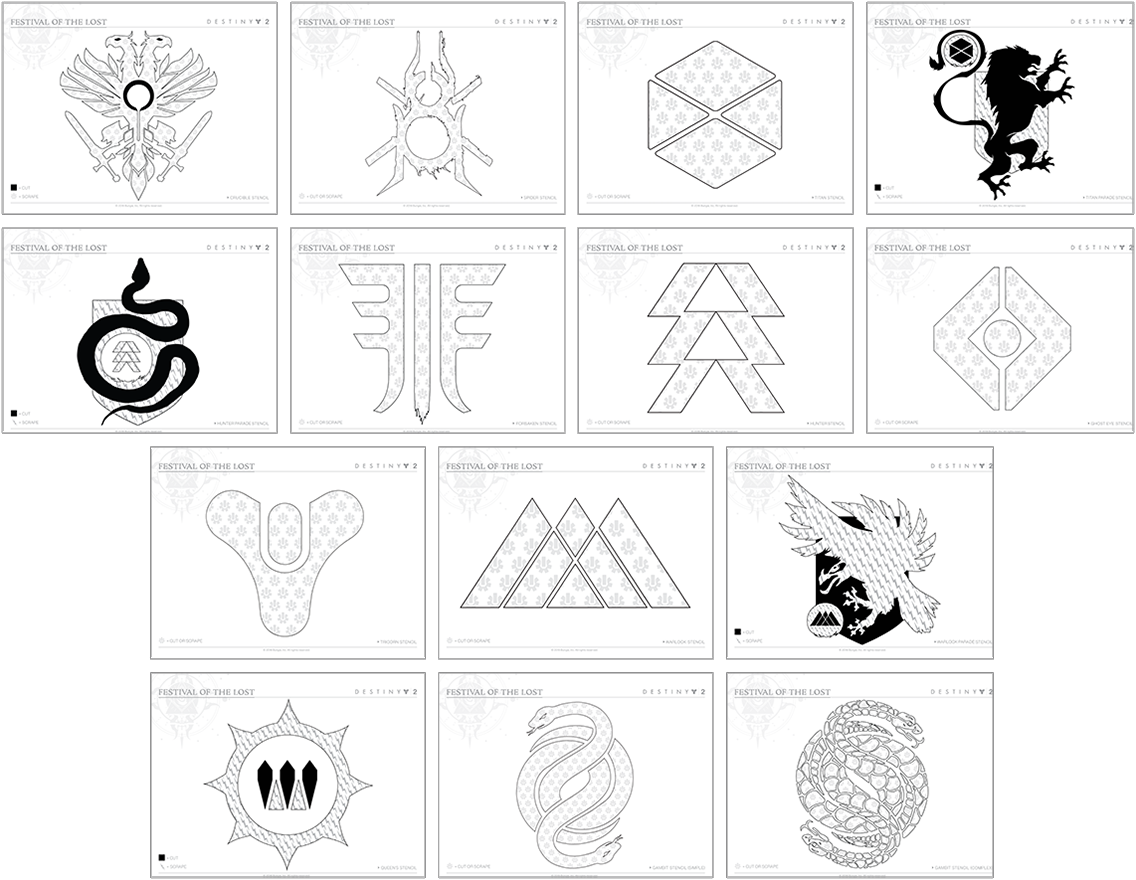 If you want to collect them all, you can get the full set here. Take a stab at carving your pumpkins and then share your results with us @Bungie on Twitter and Instagram. We will share a few of our favorites. Don’t feel tethered to the stencils above. If you have the talent, feel free to carve outside the lines.

It’s Got What Plants Crave

If you’re the competitive type, this may be right up your alley. Live through November 7, the Rockstar Energy Riots In-game Competition offers weekly challenges in the Crucible, Gambit, and strikes. Earn points by completing matches, defeating Guardians, or getting precision kills. The top four players from the Qualifier Round will be challenged in the ways of old, squaring off here at Bungie for more than just bragging rights.
Competing can lead to some real-life rewards. Top players will earn weekly prizes, including Bungie Store gift cards, headsets, gaming chairs. The grand prize for the can sweepstakes is a Destiny 2: Forsaken-inspired Slingshot Roadster. 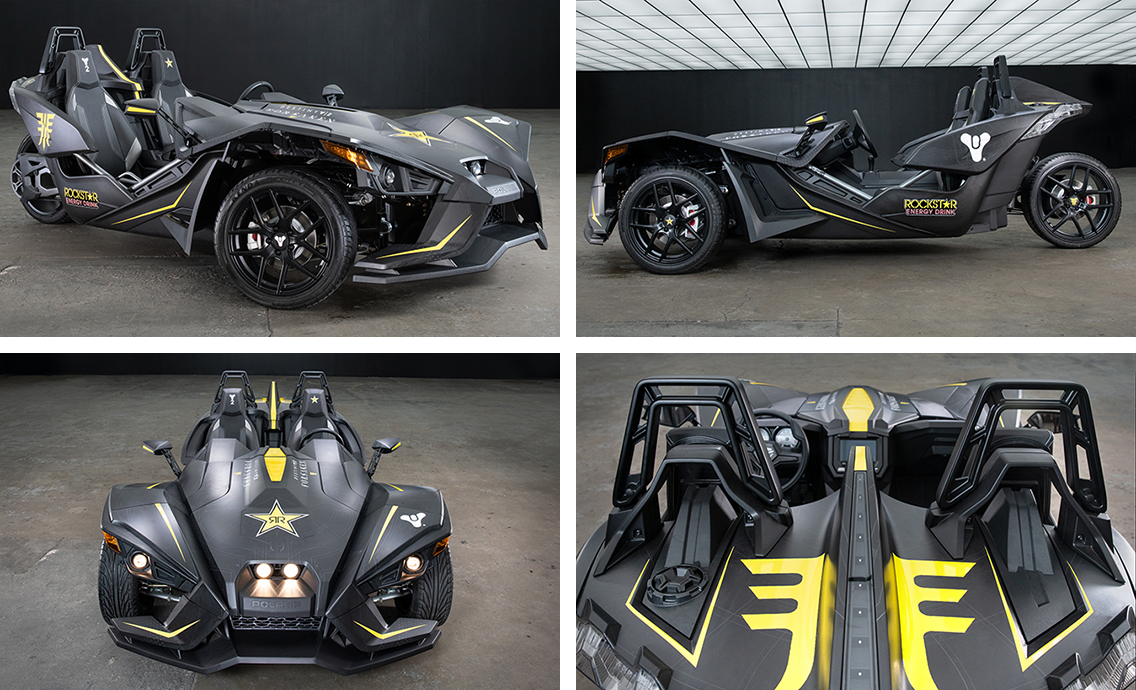 For full information, head over to destiny2.rockstarenergy.com, where you can sign up for the competition and learn how to receive this exclusive emblem.

This is the player support report. Listen up.

Festival of the Lost is now live for all Destiny 2 players and will be available until the weekly reset on November 6, 2018.

With the deployment of Update 2.0.4 this week, several of the known issues Destiny Player Support was tracking were fixed. Below are some of the highlights. To see the full list of changes, please read the Update 2.0.4 patch notes.
As always, Destiny Player Support is on the lookout for new issues being reported by players. Here are a few of the ones we’ve seen emerge this week.
Players encountering issues in the game can report them to the #Help forums. For the full list of known issues impacting Destiny 2: Forsaken, please see our thread in the #Help forums.

If you’d like a shot at the Edge Transit emblem, make sure to submit your Edge Transit to the Edge Transit page on EdgeTransit.net.
It’s a crowded week with a lot of avenues for both increasing your Power and having a good time with funny masks. Make sure you check out the DCP podcast later today. Our very own Dmg04 will be their guest. This is your opportunity to get to know one of your community managers a little better. Maybe I’ll throw something at him during the show. You never know.
<3 Cozmo