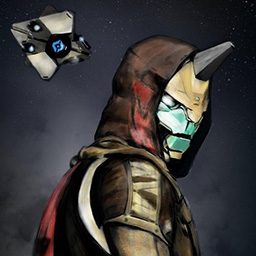 Luna's Howl and Not Forgotten rework

Since the Nerf these weapons are useless. What's the point of having to grind and deal with all the bullshit that comes along with getting these guns if they aren't even useful anymore. People like myself went through the grind of getting all those steps done just to get slapped in the face with one of the most ridiculous nerfs I've seen in destiny. Why grind for days, weeks, or even months in some cases just to get a gun that is beaten out by a gun you can have randomly drop from Gambit (Trust). I say there should be a rework because they are pinnacle weapons and should rightfully be powerful guns. What should be done is bring the fire rate go back up to 180, drop the stability a little so it does use some skill to use, rework Magnificent Howl to only work with headshots (i.e. bodyshots won't do increased damage with effect active), and lastly leave the Not Forgotten the way it was before the Nerf and make it an exotic. This would put it on the level of Ace of Spades and Last Word. And honestly if the quests to get them were a little less demanding I garentee more people would try to get them to compete with others who have them. And honestly if people are complaining that they are just toxic guns try looking at the more annoying guns you see in the crucible. Jotuun, Telesto, Chaperone (well pretty much any shotgun), Recluse, Lord of Wolves, Bygones, there are so many more guns that are overused that can easily beat out these guns prenerf. But people just got mad because they couldn't keep up with others who had them and didn't want to bother going through the grind, that everyone who got the guns, had to go through to get them.
English
#destiny2 #FeedbackD2 #Nerf #Rework #notforgotten #lunashowl
Kommentieren Antworten Thema erstellen
Melden