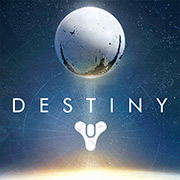 Yes my ultimate question is, should Xur exist? Throughout playing the game I have won most of my exotic items and it is irritating that the bastard ends up selling it the next week. I don't like the fact that Xur has been around enough that he has sold almost every exotic item, minus the bounties and PlayStation exclusives. There is no point is asking someone where they got their Red Death since it was sold two weeks ago. Yes I have purchased some of my items from him but personally I wish he didn't exist. My reasoning behind this is that it takes the fun and excitement out of winning an exotic or having one not many people have. My clan and I have come up with some ideas that I wanted to put out there. - Xur should not show up as often and only carry one exotic weapon engram and one exotic armor engram or one engram covering armor and weapons. Each engram is completely random, so a gamble. - Xur should sell exotic bounties specific to his own class of weapons. The bounties should take a while to complete and Xur should only show up every other week. So you pick up the bounty one visit and can only turn it in next visit. Can only hold one bounty at a time and the bounties are unknown at the time of purchase and completely random. - Xur should have his own class of legendary gear, like raid gear, from the agents of the nine. The way this would work is to complete his exotic bounties in order gain reputation and purchase the gear like you would in the Iron Banner. Each bounty is worth 1 level of reputation. You can rank up to level 10 with him and each level, up to 9, sells 2 items each. The 10th level is reserved for purchasing a consumable, like the exotic shard, which will allow you to upgrade your gear and weapons to the next level. The next level meaning after an expansion is released but you must purchase these consumables prior to the expansions release because your reputation rank will reset at the same time. Xur should also have the ability to reforge your gear like the iron banner but not specific to the weapons. Please leave your comments and ideas on this.
English
#feedback #Weapons #exotic #bounties #armor #exist #xur
Comment Reply Start Topic
Report