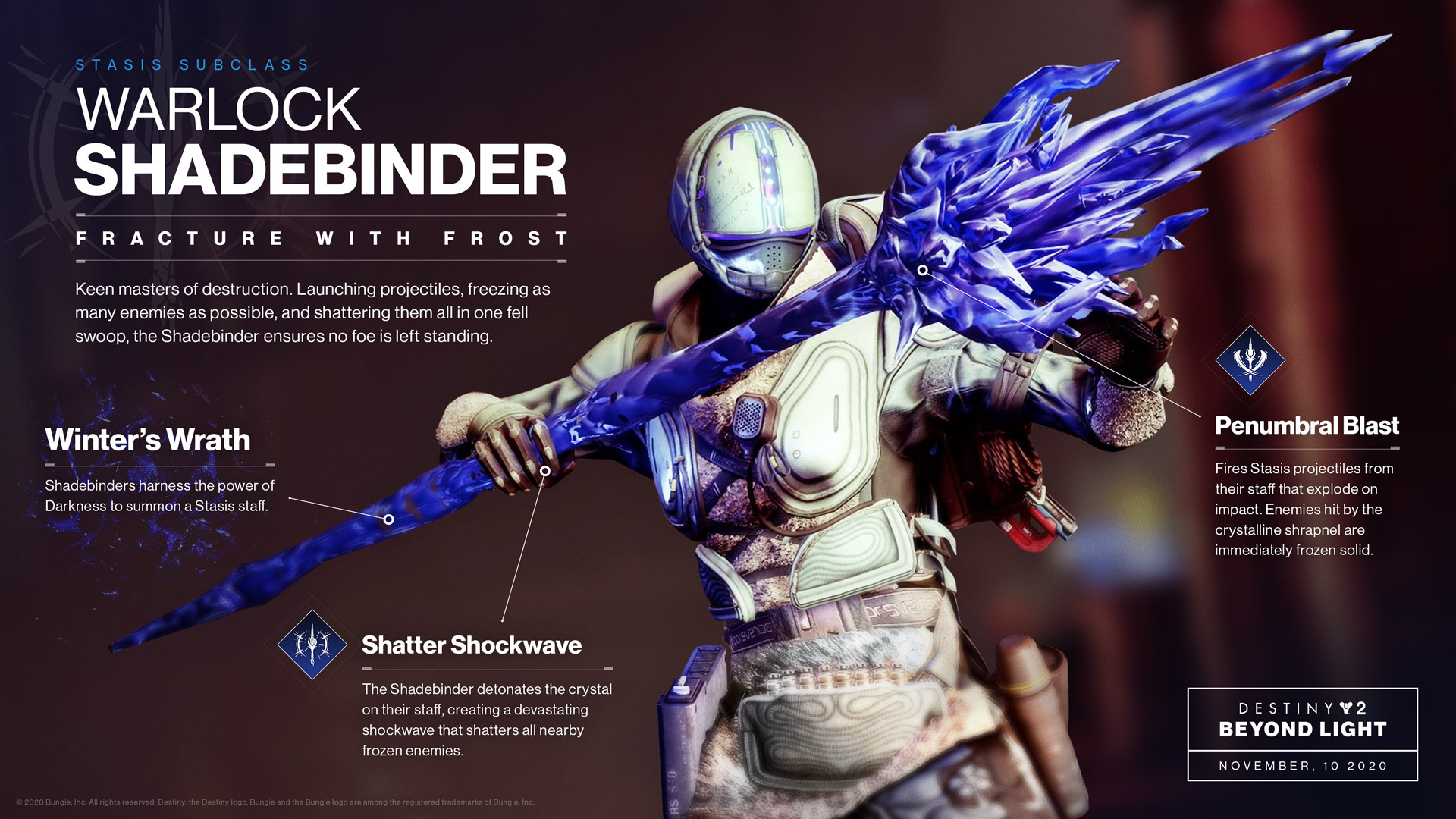 Welcome to the first in a series of Stasis spotlight articles, where we’ll be taking a look at Stasis via each of the three Guardian classes in Destiny 2. Stasis is the first new elemental power to Destiny since the original trio of Arc, Solar, and Void, and its introduction in Beyond Light will have ramifications for players across all aspects of the game, from narrative to combat  , to the way in which players will customize their Guardians.

Each Guardian class will feature a new Stasis subclass with Beyond Light and, as you might expect, each class will use Stasis in a unique way. Stasis is the domain of control; an elemental power that is less about outright aggression and more about careful control of enemy combatants and space -- sometimes even using the powers of Stasis in a defensive way. Hunters zipping by in the blink of an eye while slowing down opponents in Stasis fields. Titans smashing their fists to the ground, launching jagged eruptions of Stasis crystals from the earth.

No matter which class you prefer, Stasis will change the way you play Destiny 2.
By commanding Stasis in Beyond Light, players will have access to new powers that change their approach to a fight. In combat, Stasis can manifest in multiple ways, including freezing or slowing opponents, creating crystalline Stasis structures, and even shattering frozen combatants. This range of options give players more ability to control large-scale fights than ever before. 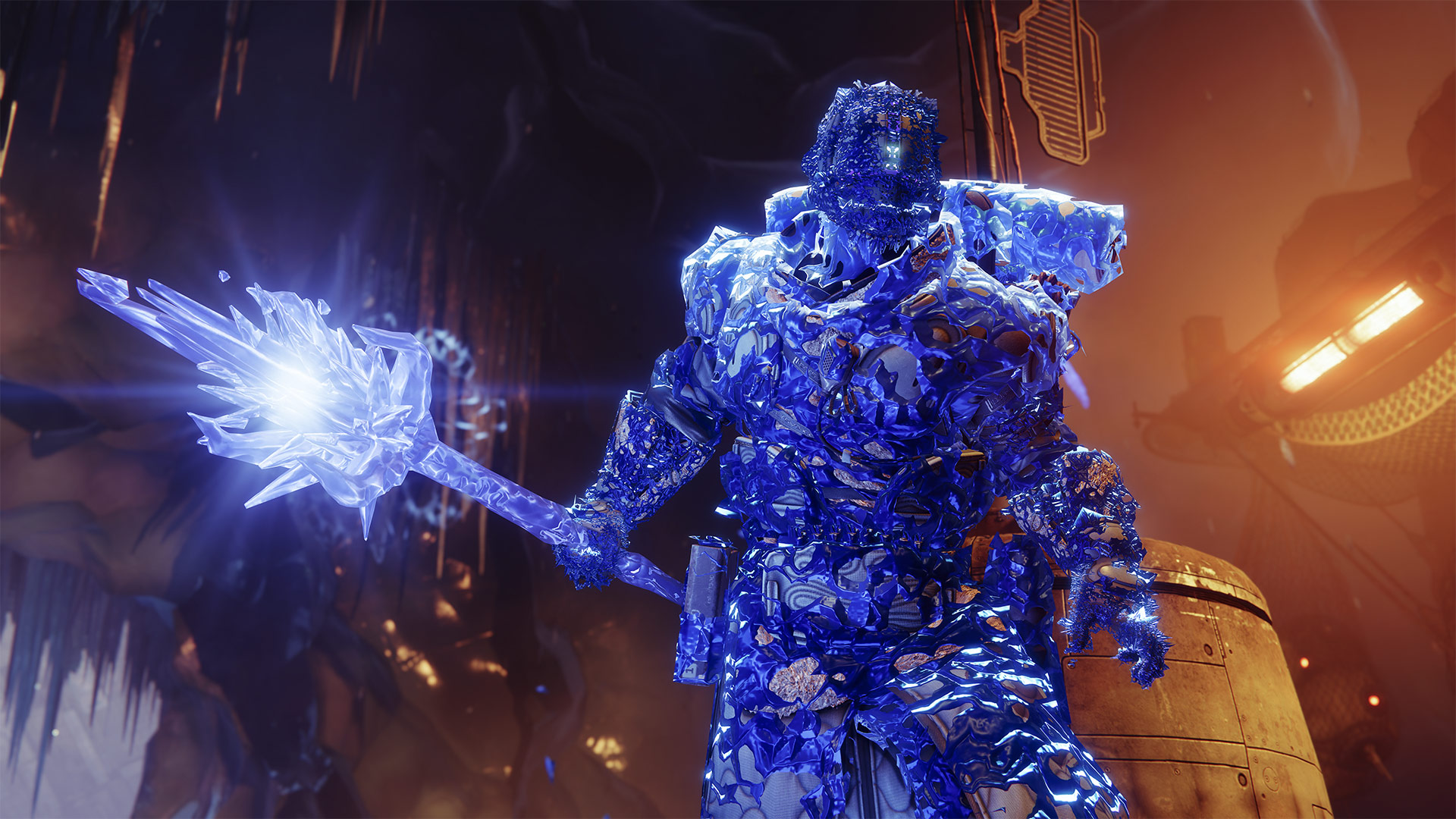 No class embodies the concept of “freezing” better than the Warlock Shadebinder. Imbued by Stasis energy, the Shadebinder can summon a Stasis staff that fires projectiles which can freeze opponents, immediately rendering them immobile. The Shadebinder’s Penumbral Blast melee attack is a quick burst of Stasis energy that erupts from the staff and instantly freezes anyone it hits. From there, the Warlock can either deal with the frozen foes, or leave them be and move on to other more immediate threats.

If you’re looking to combine freezing with destruction, look no further than the Shadebinder’s Super: Winter’s Wrath. Here, the Shadebinder summons their Stasis staff and fires projectiles that instantly freeze opponents. The second stage begins (and the fight ends) when the Guardian raises the staff, detonates its Stasis crystal and sends a devastating Shatter Shockwave that disintegrates nearby frozen opponents.

If you’ve played Destiny for long enough, you know that choosing the right subclass for each situation can be crucial to the outcome of a fight. Titans have their bubbles, Warlocks have their Wells; skilled Guardians know how important those abilities can be in a pinch. With Beyond Light and Stasis, we’re giving you even more flexibility to customize your subclass to your style of play. 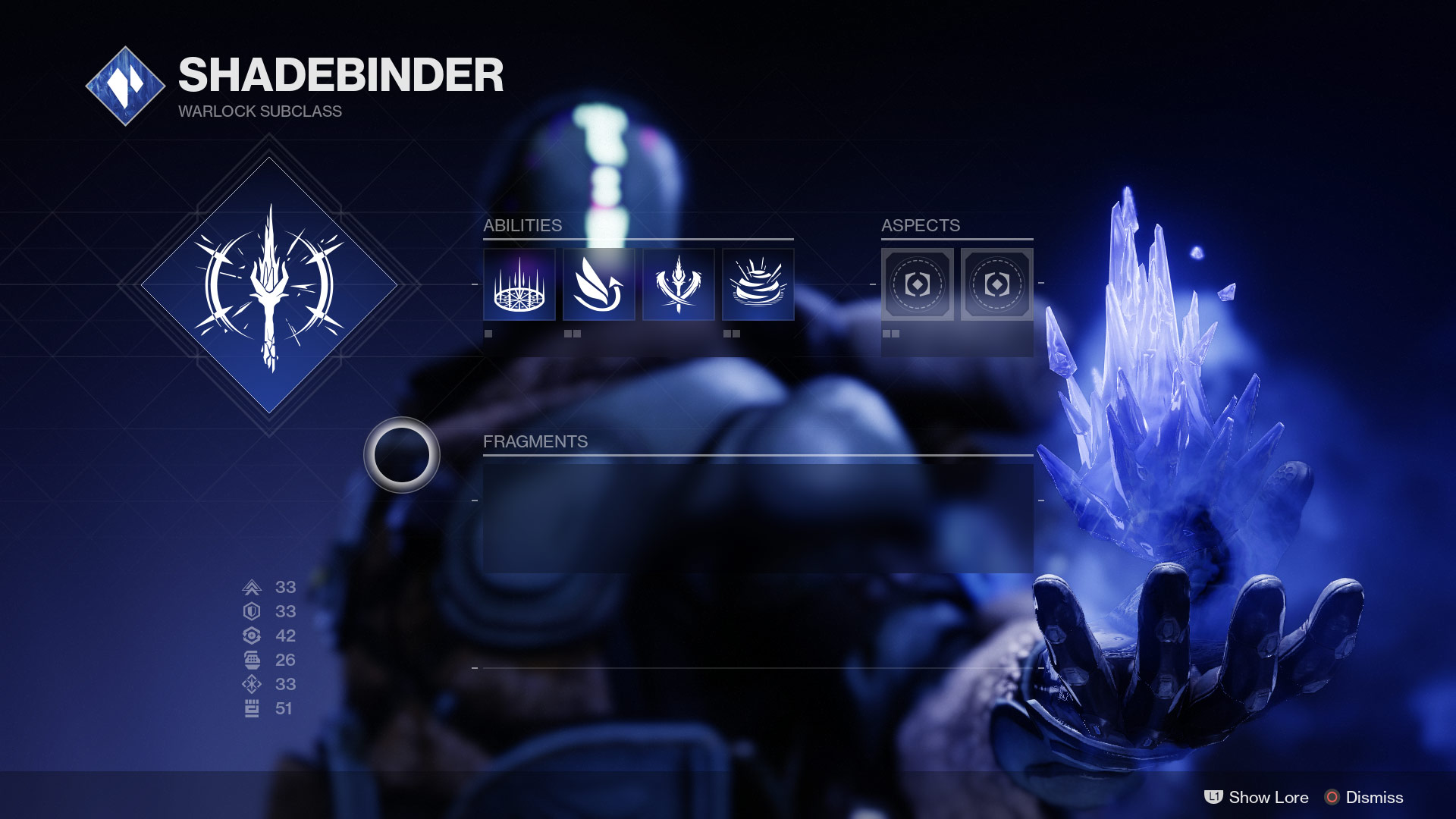 Each Stasis subclass in Beyond Light will give players the ability to customize abilities like grenades, movement modes, class abilities, and so on with. In addition, we’ve added new layers of customization with the addition of Aspects and Fragments.
Aspects manifest as physical items in the world (such as a crystallized Vex conflux or a robotic Fallen arm, for example). When slotted in, Aspects will offer players new abilities, among other effects. These abilities can be mixed and matched freely by the player. Many Aspects will have space for Fragments to be slotted in. Fragments are also physical items you can discover in the world that, when applied to Aspects, offer additional passive perks such as stat bonuses that may come with penalties. Aspect upgrades are unique to each Stasis subclass, while Fragment slots are class agnostic; how players combine these two different types of upgrades will lead to a range of customization options. 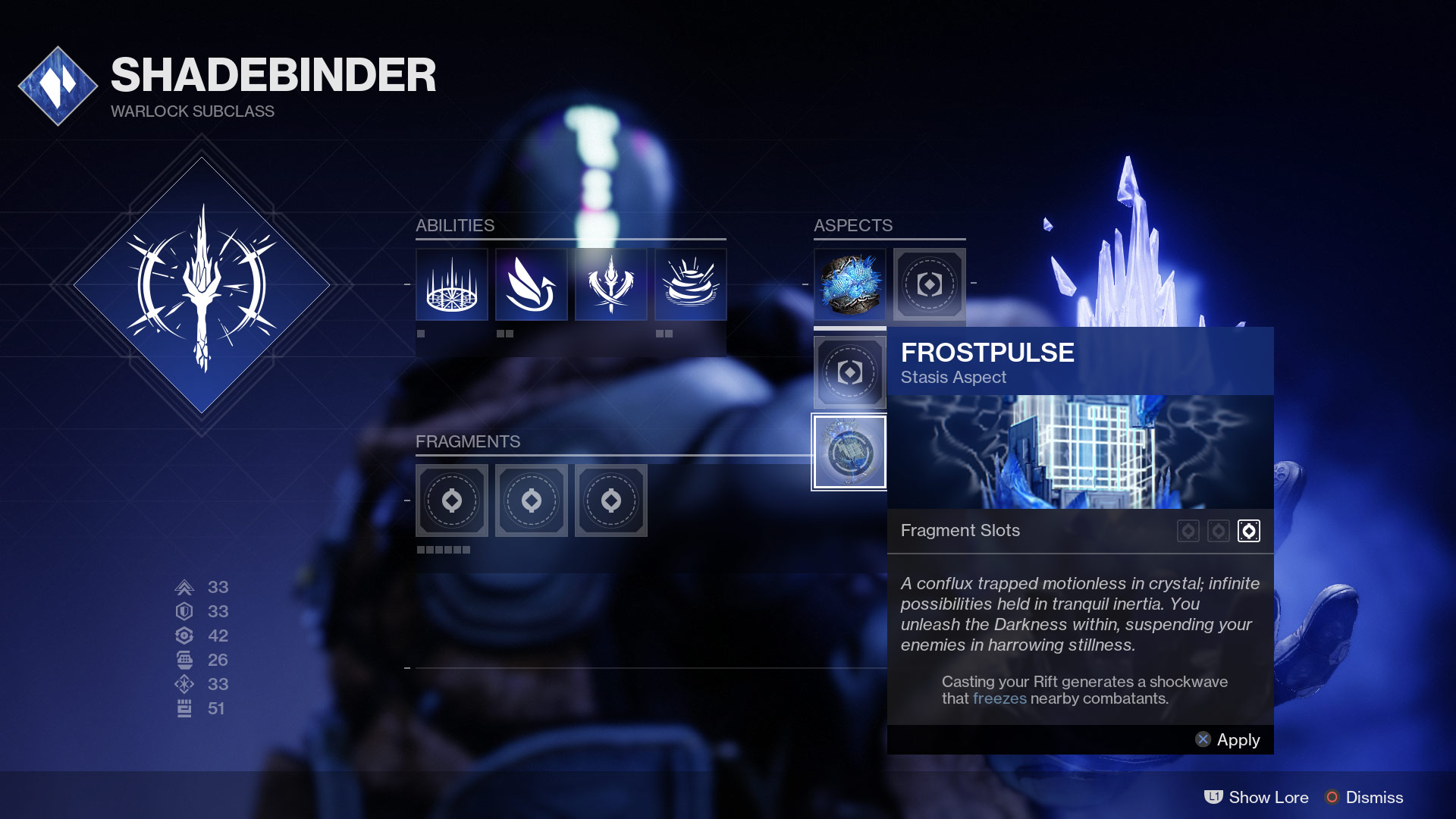 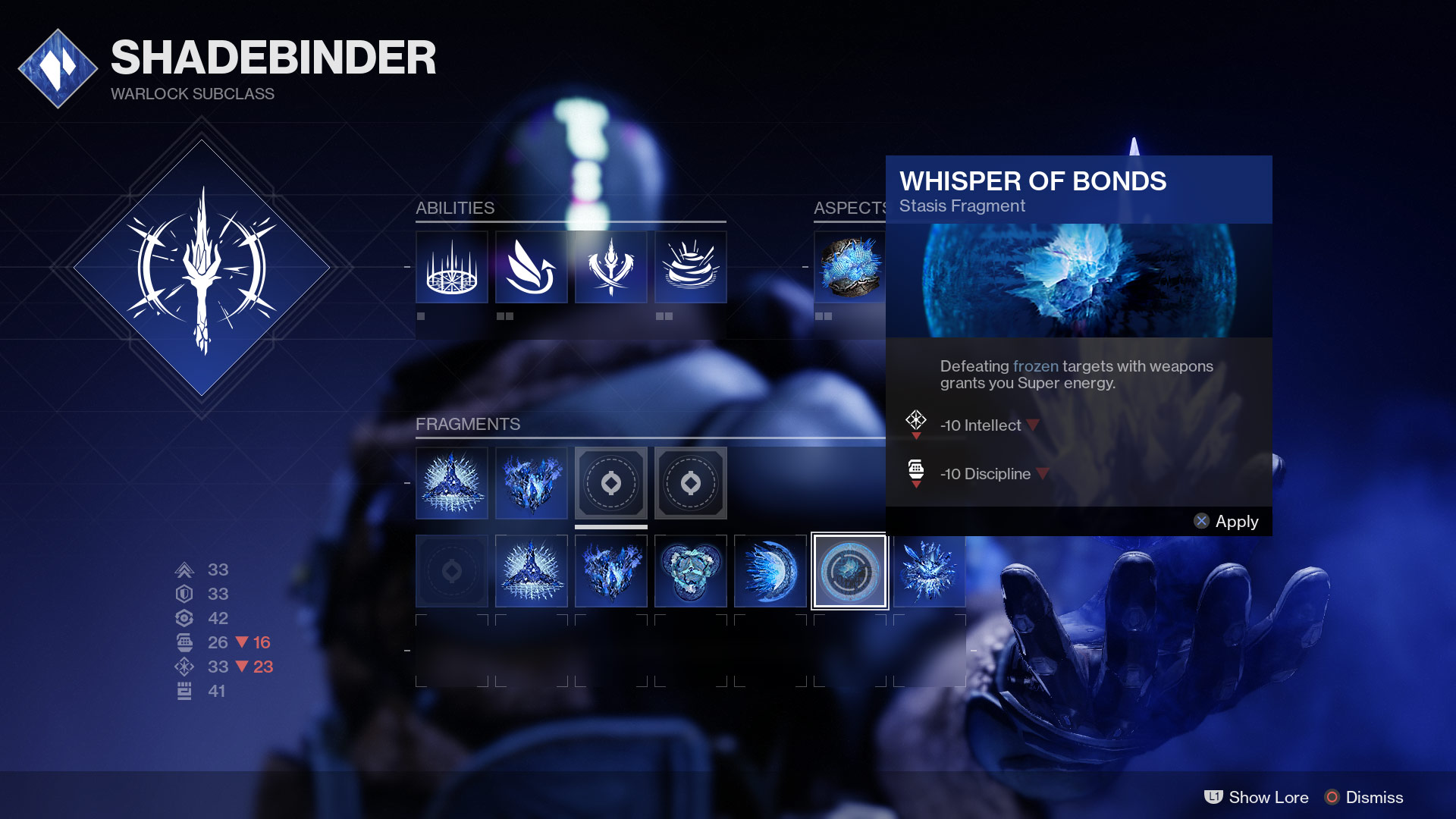 For example, a Warlock finds a Frostpulse Aspect in the world and equips it. This Aspect augments their Rift ability, which now freezes any enemies caught in the field. The Frostpulse Aspect also has a Fragment slot available, allowing further customization. This Warlock decides to slot in the Whisper of Refraction Fragment that replenishes some of their class ability energy upon shattering enemies. They have now set themselves up with a nice 1-2 punch and, if played skillfully, can use this combo frequently.

With its focus on freezing and shattering, the Shadebinder subclass promises to give Guardians yet another reason to love their floaty, book-loving Warlocks. But no matter what class you like, all players will be able to take advantage of Aspects and Fragments that unlock even more ways to make your Guardian yours.

In our next article, coming this Thursday, we’ll be pointing the Stasis spotlight at the class that loves to punch first and ask questions later: the Titan Behemoth. In the meantime, check out the Stasis hub page to learn more about Stasis. 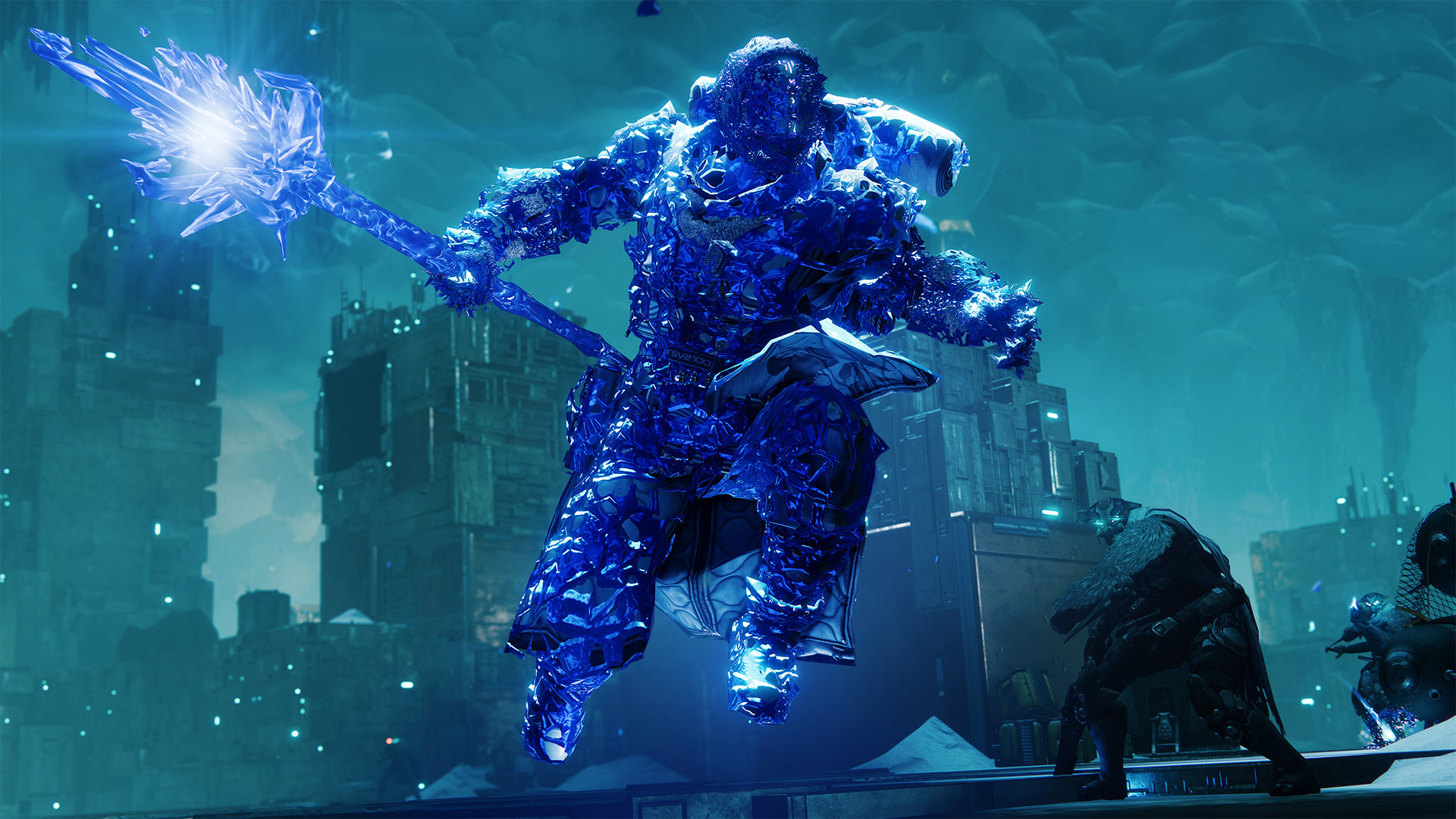 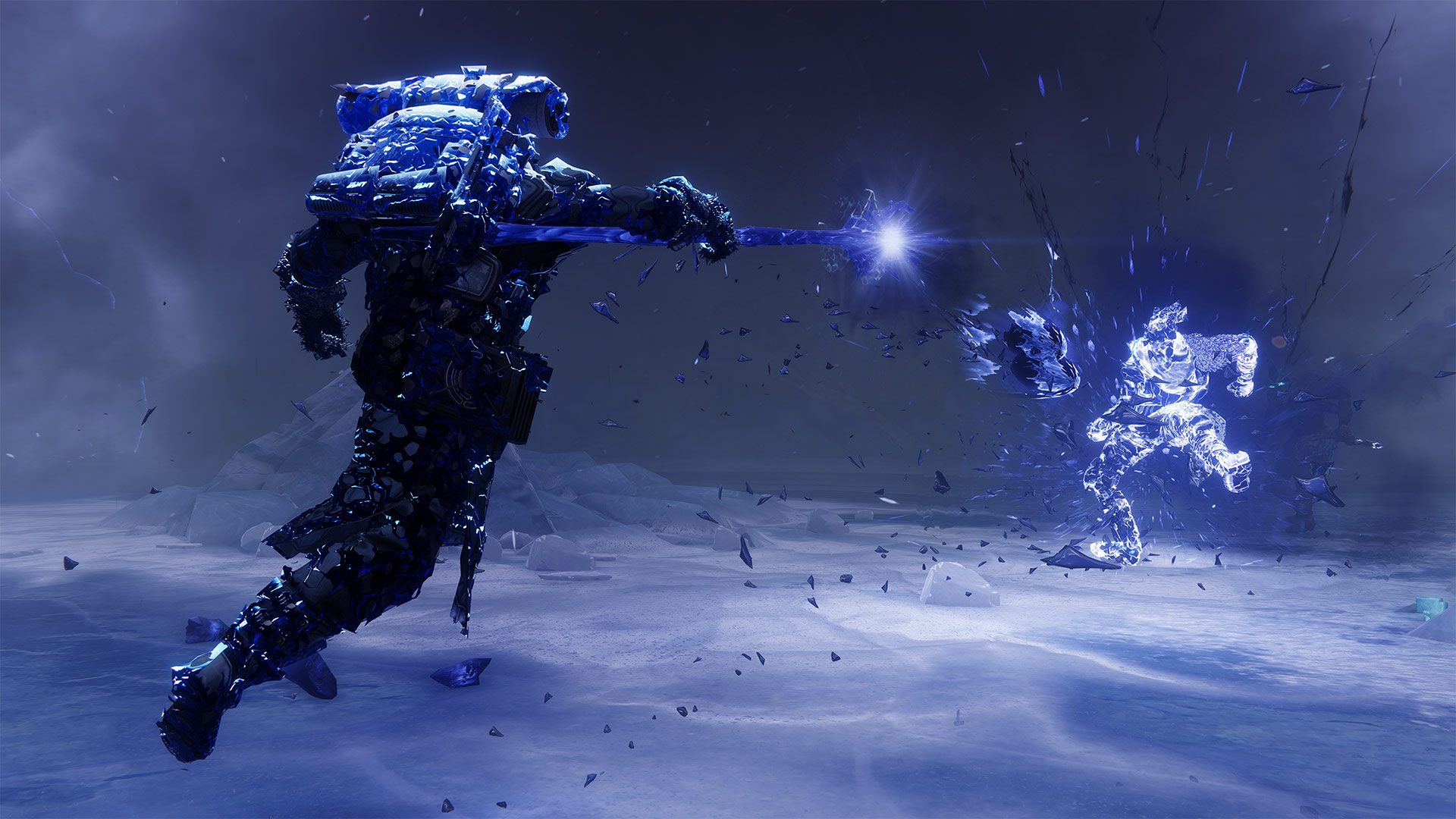