Nov 21, 2018 - Cozmo_BNG
This week at Bungie, we give thanks.
Our weekly check-in is coming at you a day early to make way for the holiday break. Tomorrow, we’ll be out of the studio in celebration of Thanksgiving. We’ll be seated with family and friends. The table will be set with a bountiful feast. In the background, a parade will march past on our televisions. As each of us gives thanks for the good things in our lives, we’ll reflect on how fortunate we are to create entertainment for this amazing community. Destiny is an adventure that evolves year after year, and we’ve been honored and humbled that you’ve come along with us on that journey.
In the spirit of the American holiday, we will also be pardoning one of our fine feathered friends—the Colonel. We know she is not a turkey, but we wanted to make sure that whatever bird she may be, she remains off the menu. 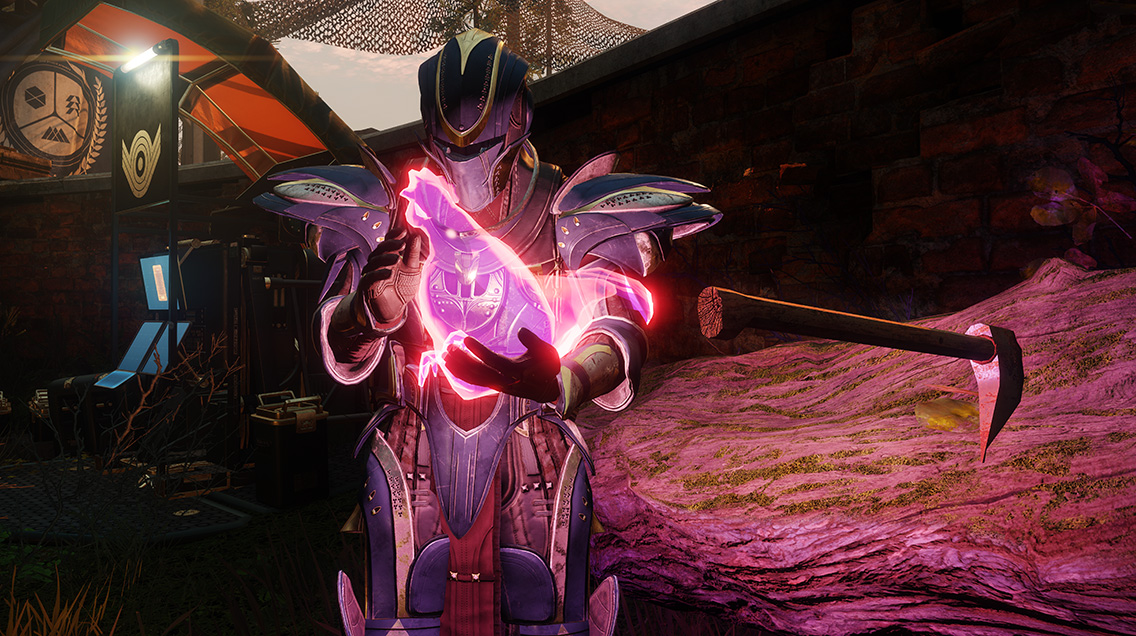 Whatever you find yourself doing over the next few days, whether it’s seeing family or binging some Destiny 2, we wish you the best.

Season of the Forge is kicking off next week. With it comes a new pinnacle weapon to earn in the Crucible. We received a lot of feedback that you also wanted a pinnacle weapon to work toward when pitted against the environment. Good news: We have two for you! Vanguard strike missions and Gambit are being added to the list of worthy pursuits with coveted trophies to be claimed. They won’t take as much of a time commitment as the Crucible reward does, but they will still require some dedication to their activities.
We asked Sandbox Designer Victor Anderson to give you the full rundown on all three pinnacle weapons for Season 5.

Victor: We have heard your feedback and requests for weapons akin to Luna’s Howl to earn in non-Crucible activities like Gambit, and to meet that demand, we've created three pinnacle weapons. I do hope you’ll enjoy them. 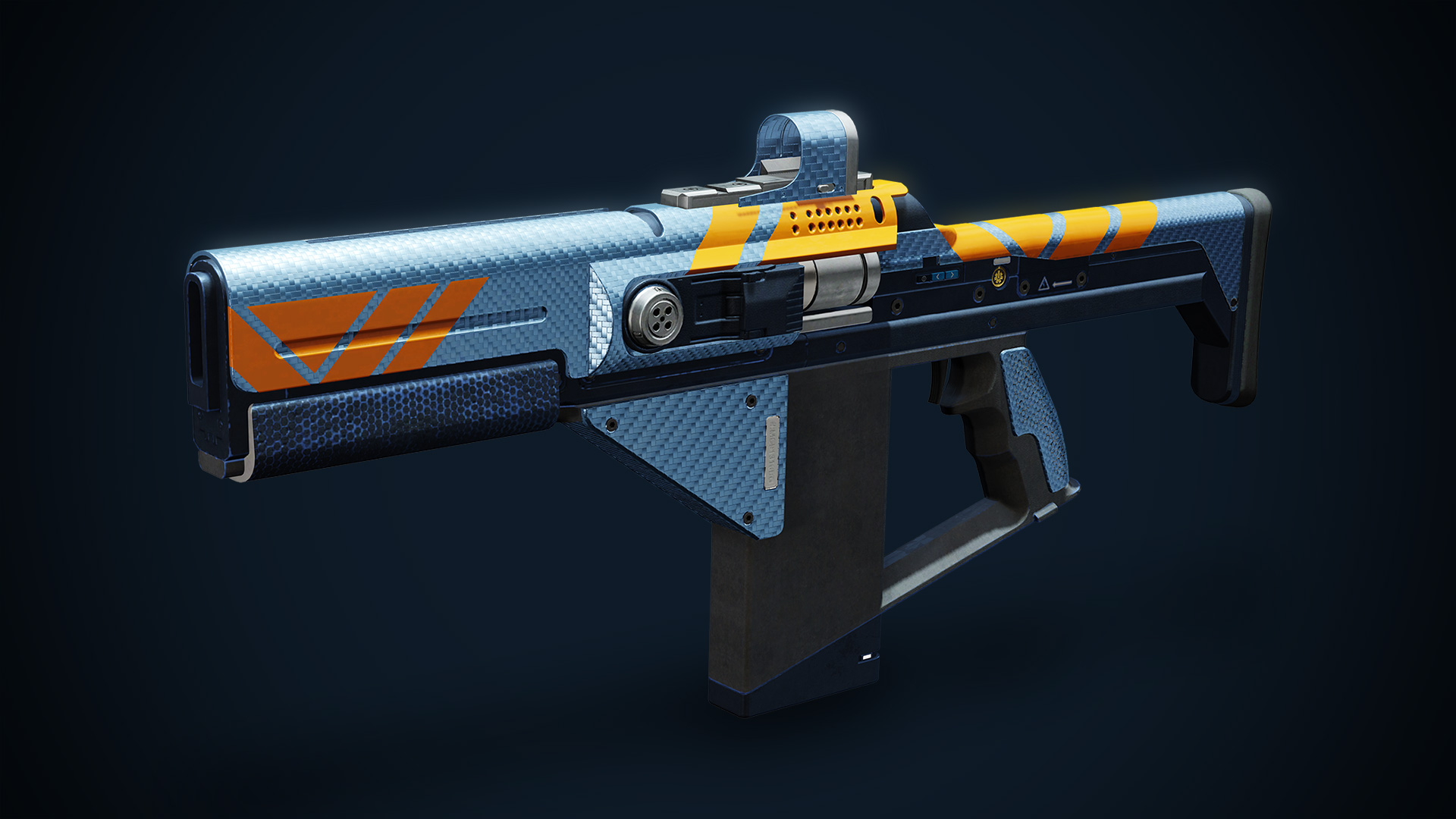 How to earn Loaded Question: 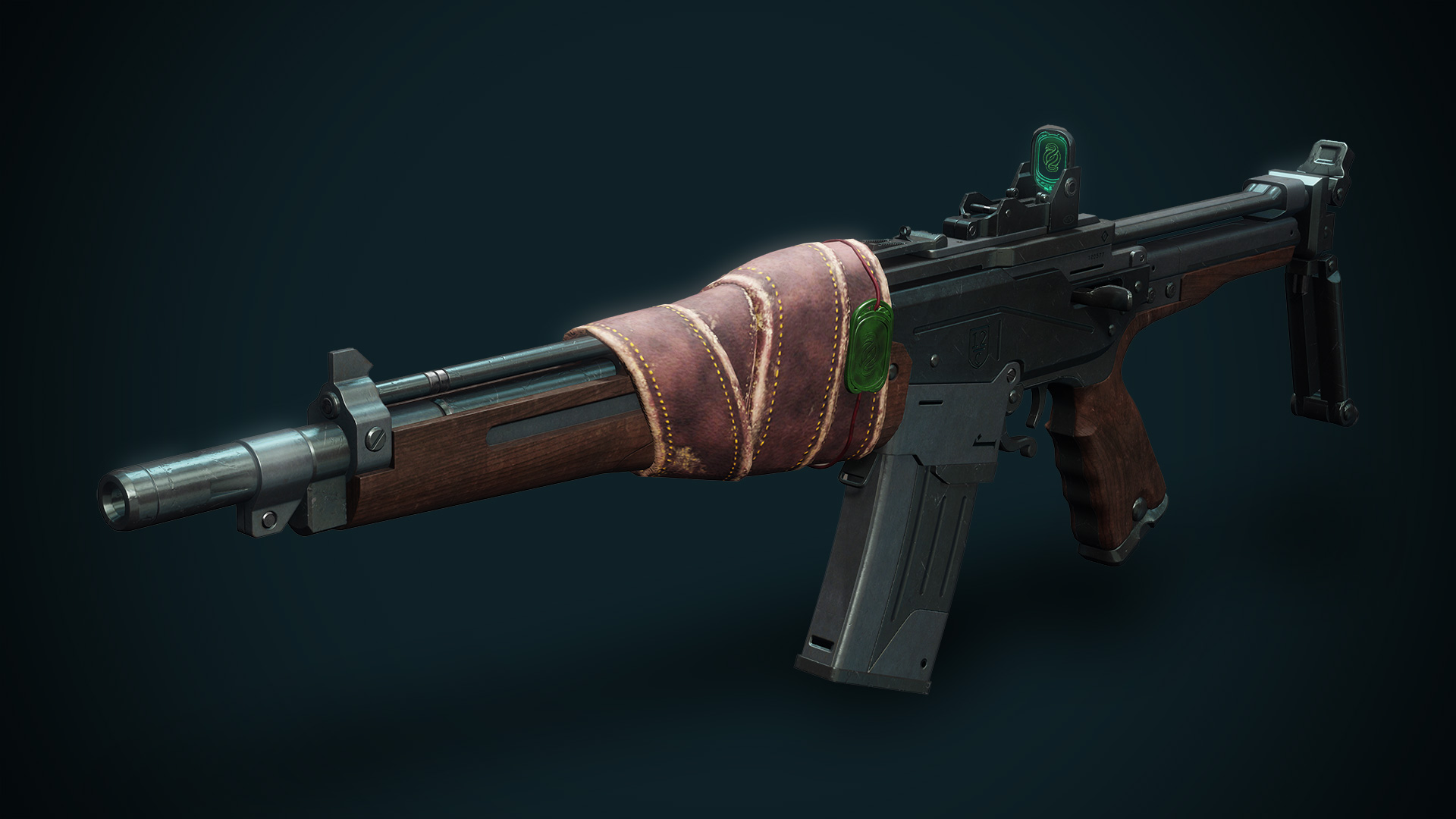 How to earn Breakneck: 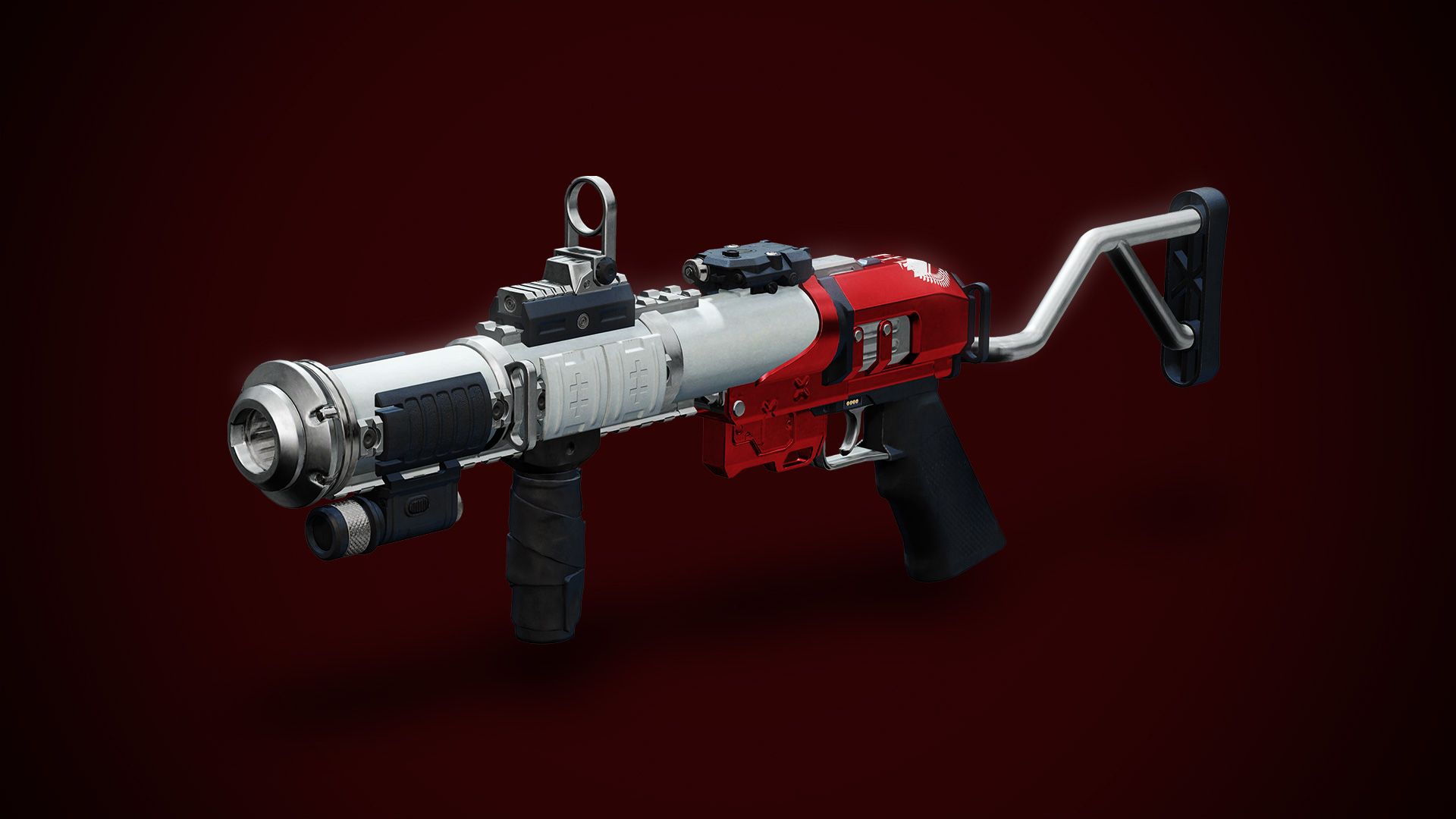 How to earn the Mountaintop: The Quest to earn this weapon lives up to the weapon’s name. It’s going to take some dedication. We did change it up this season, so you can do some of the steps in a non-competitive playlist if you chose, but you will progress quicker by playing in the Competitive playlist. You still need to rank up your Glory score to Fabled in the end to claim the weapon.
Step 1
Step 2
Each objective earns you progress per action in any playlist, and players can earn substantial bonus progress by completing these objectives in the Competitive playlist.
Step 3
After you reach Fabled, you can come down from the mountaintop and return to Lord Shaxx to receive… the Mountaintop.

We got a lot of feedback from players that they didn’t like splitting their progress toward the Crucible pinnacle quest. All these objectives use account wide constructs so players can complete these objectives on ANY character.
That should give you an idea of how pinnacle weapons will work in Season of the Forge. Next week, you can start earning them and see for yourself.

The Bungie Foundation aims to reduce distress and suffering in children through entertainment. On a daily basis, this sees us working with hospitals to put games into the hands of young people whose hearts need a lift. There are moments, however, when we expand our mission to include others who also need a helping hand.
Our hearts are with all of those who have lost their homes or loved ones by the ongoing California wildfires. By purchasing the Destiny 2 Bungie Foundation Pin between now and 12/31/18, 100% of the profits will be donated to Direct Relief’s efforts to support.
We have been proud to partner with Direct Relief on a variety of disaster relief efforts due to their unwavering dedication to the people they serve, prompt support using customized methods that specifically meet the needs of each situation, and full transparency on the use of all donor funds.
Please help us in supporting the amazing work they're doing for the residents and first responders in California.

By the Hammer of Sol... What a Savings

With Thanksgiving comes another American tradition—Black Friday. No need to fight the crowds; the Bungie store has you covered for any holiday shopping you have left to do for fellow Guardians. Or just treat yourself. You deserve it! Check out some of our new wares. 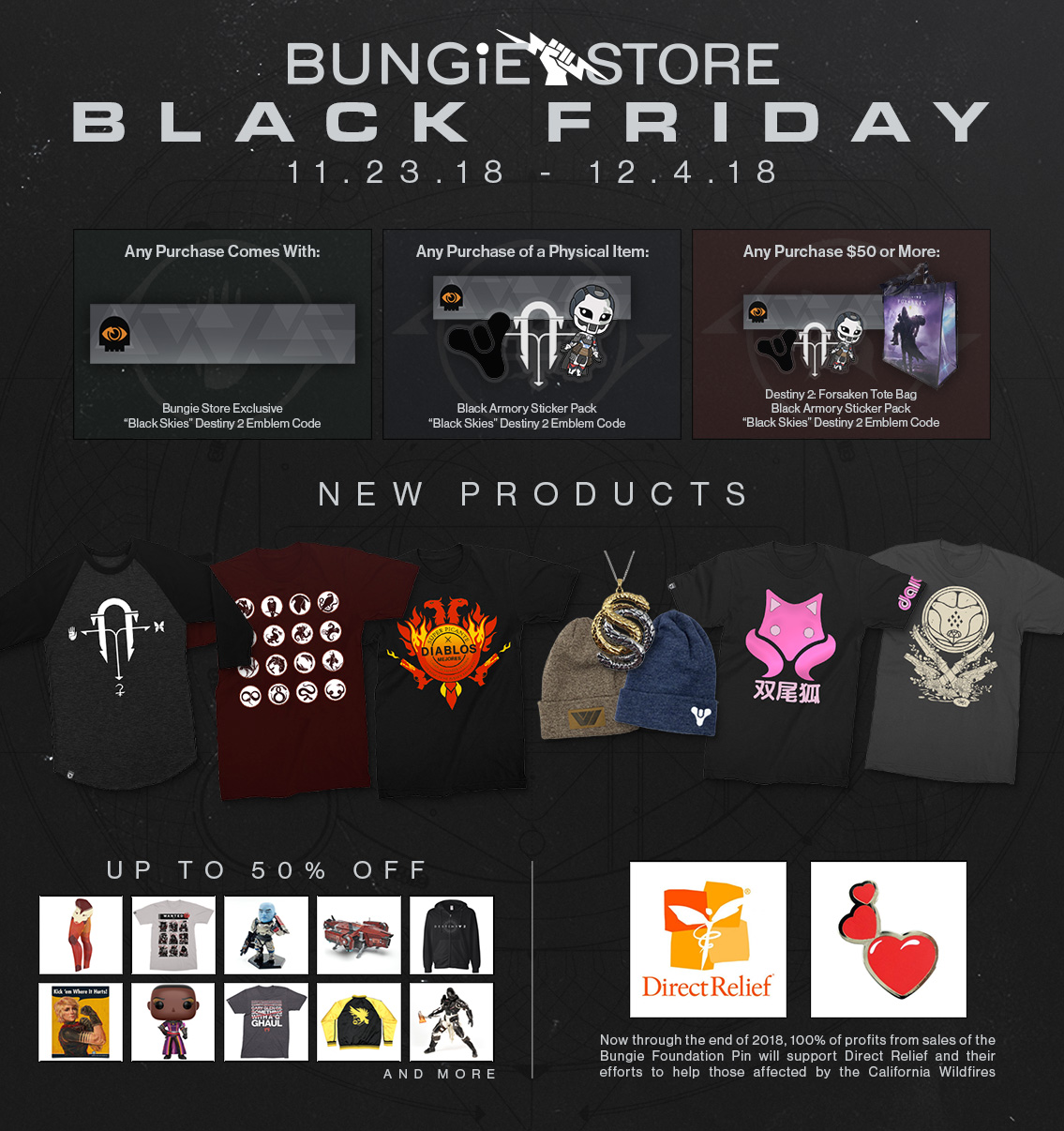 Black Armory Friday on the Bungie Store begins 11/23 at 12AM PST.

We are proud to announce our next web comic, "Cayde's Six."
Heroes may die, but their stories are forever told. And some heroes have more stories to tell than others.
Cayde-6 had a job to do, so he gathered a crew of unlikely troublemakers and headed to the Reef. The plan was to hunt Fallen Barons in the Tangled Shore. The plan was to bring outlaws to justice. Maybe the plan didn't go so well. Or maybe it did. Depends on who you ask. After all, when someone goes looking for trouble, sometimes they find it.
"Cayde's Six—Part 1" sets the stage for a showdown between Cayde-6 and the vile Scorned Barons who, eventually, helped claim his life. But this is no eulogy. It is adventure. It is action. And it is a reminder that while a hero may be gone, he will always be remembered through the many stories that carve his legend.
"Cayde's Six—Part 1" will be released on 11/29 in all of our supported languages. Feel free to check out our other web comics while you wait at comics.bungie.net. 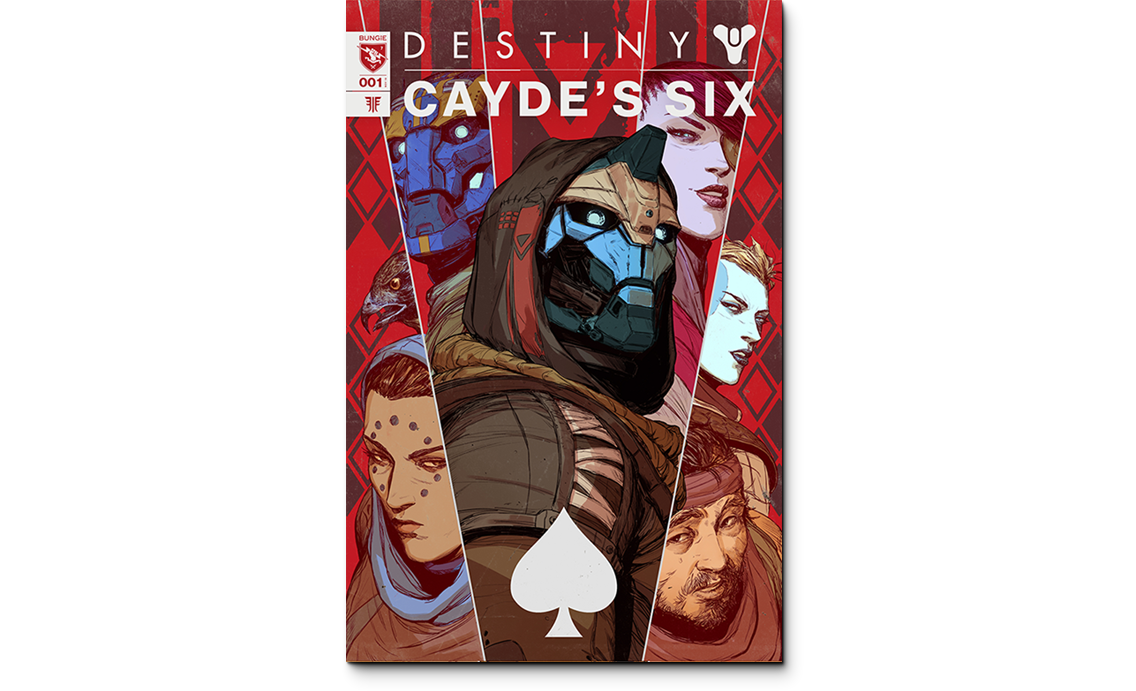 The DPS team is always working diligently behind the scenes. They are making sure you have the info you need to have the best Destiny 2 experience.
This is their report.

With the release of Destiny 2 Update 2.1.0 on November 27, all players who have access to the Last Wish raid will be able to claim its weekly bounty from Hawthorne in the Tower Bazaar.
During Season of the Outlaw, players needed to have achieved Clan Rank 4 to unlock Hawthorne’s weekly bounty. In Season of the Forge, this bounty will be available to all players who have unlocked the Last Wish raid, regardless of clan rank.

For a final reminder, as we transition into Season of the Forge, players may experience a variety of unforeseen issues in the week between November 27 and December 4.
The Destiny Player Support team is currently working to consolidate a list of temporary changes that may impact the player experience during this week-long window. In the meantime, we would like to remind players that issues encountered in game are best reported to our #Help forum. When we have more information to share about this week-long transition, we’ll be sure to let you know.

It’s a short week, but the show must go on. Here are this week’s winners.
Movie of the Week: Become Legend

We gave you a little info on Season of the Forge today, but we know you all have many more questions on what the next season of content contains. On 11/27, we will release a ViDoc to show you what you'll be playing and tell you more details on our plans going forward. We will also have a full gameplay calendar to draw a clear picture of what to expect for the rest of the year and beyond.
Thanks for continuing to be an incredible community. We look forward to showing you a glimpse of your next adventures.
<3 Cozmo