Dec 7, 2017 - A_dmg04
This Week at Bungie, we launched Curse of Osiris.
Your invitation to Mercury is waiting with Ikora in the Tower. Get ready for a new journey, discovering the mysteries of Osiris and exploring the Infinite Forest. If you missed the launch trailer, give it a look:

With the release of Curse of Osiris, Season Two has also begun. Destiny Update 1.1.0 has brought resolution to a few issues we’ve been tracking, along with changes to seasonal activities and new rewards. It’s all documented in the patch notes.
Another update is impending. Next week, Destiny Update 1.1.1 will bring more changes to the Destiny 2 experience. Expect patch notes to become available when the download is live.

The Eater of Worlds

Tomorrow, the race will begin once more. Players from around the globe will be seeking the title of World’s First, looking to solve puzzles and conquer enemies with speed.

‘Eater of Worlds,’ the Raid Lair for ‘Curse of Osiris,’ will open to Fireteams. The race for World First will be on. We will be watching,
and so will the community. pic.twitter.com/906F0EGSgQ
— Bungie (@Bungie) December 6, 2017

It has become a ritual for the Raid team to gather in our studio theater to watch, in real time, as the community progresses through these lovingly-crafted challenges. I’ll be joining them to share their reactions as players make their way through the belly of the beast.
As a note, there are some known issues that may provide players with a leg up in the competition. While we were not able to address these prior to release, we did not wish to postpone the availability of this content.
Keep it clean, lest ye be judged.

The first Faction Rallies for Season Two begins on December 12, running through December 19. This time, the armor you’ve won from your leaders will have new ornaments you can apply to make them look even more awesome. You’ll earn them by completing specific challenges issued to you by your faction of choice.
Dead Orbit 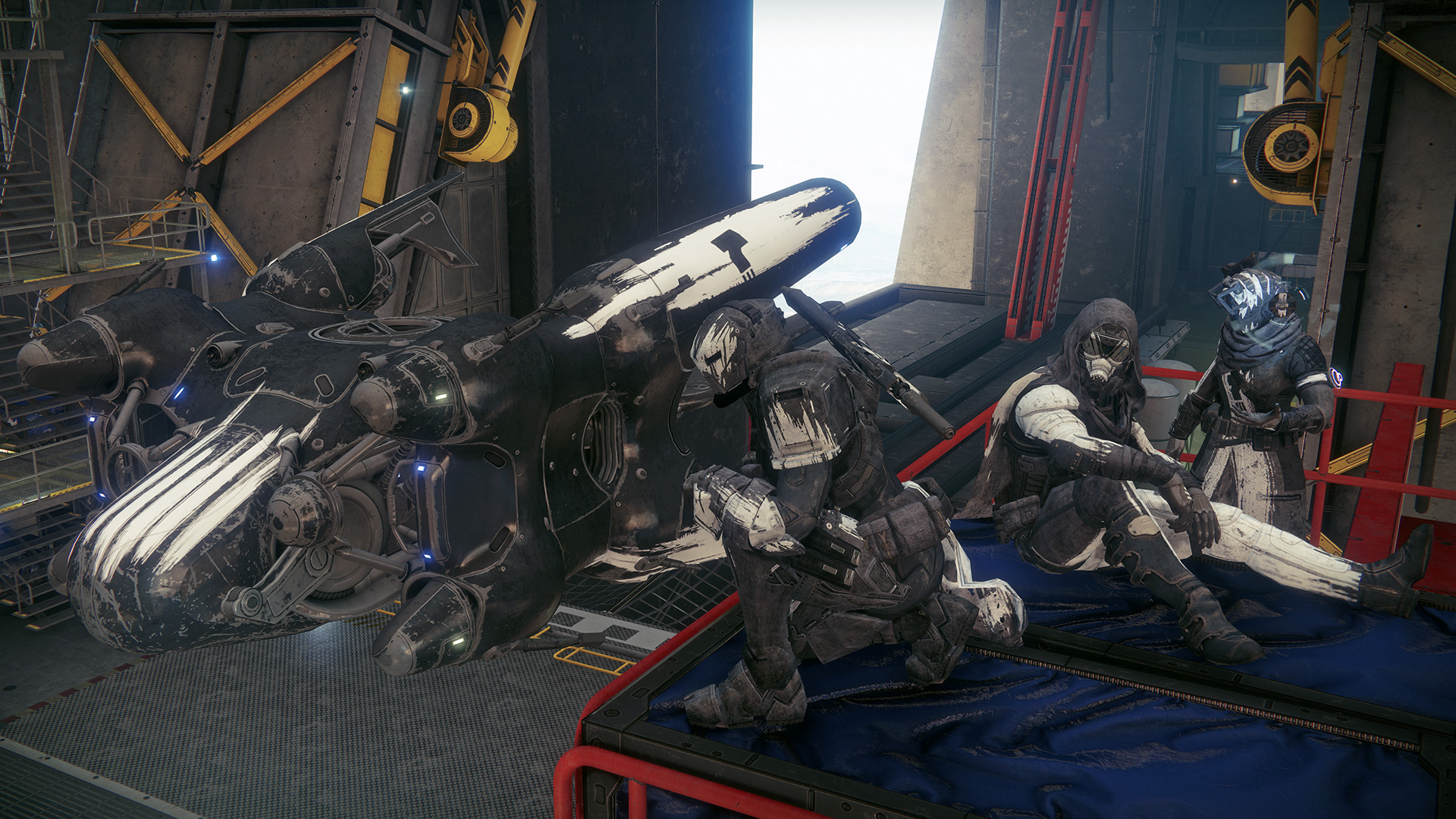 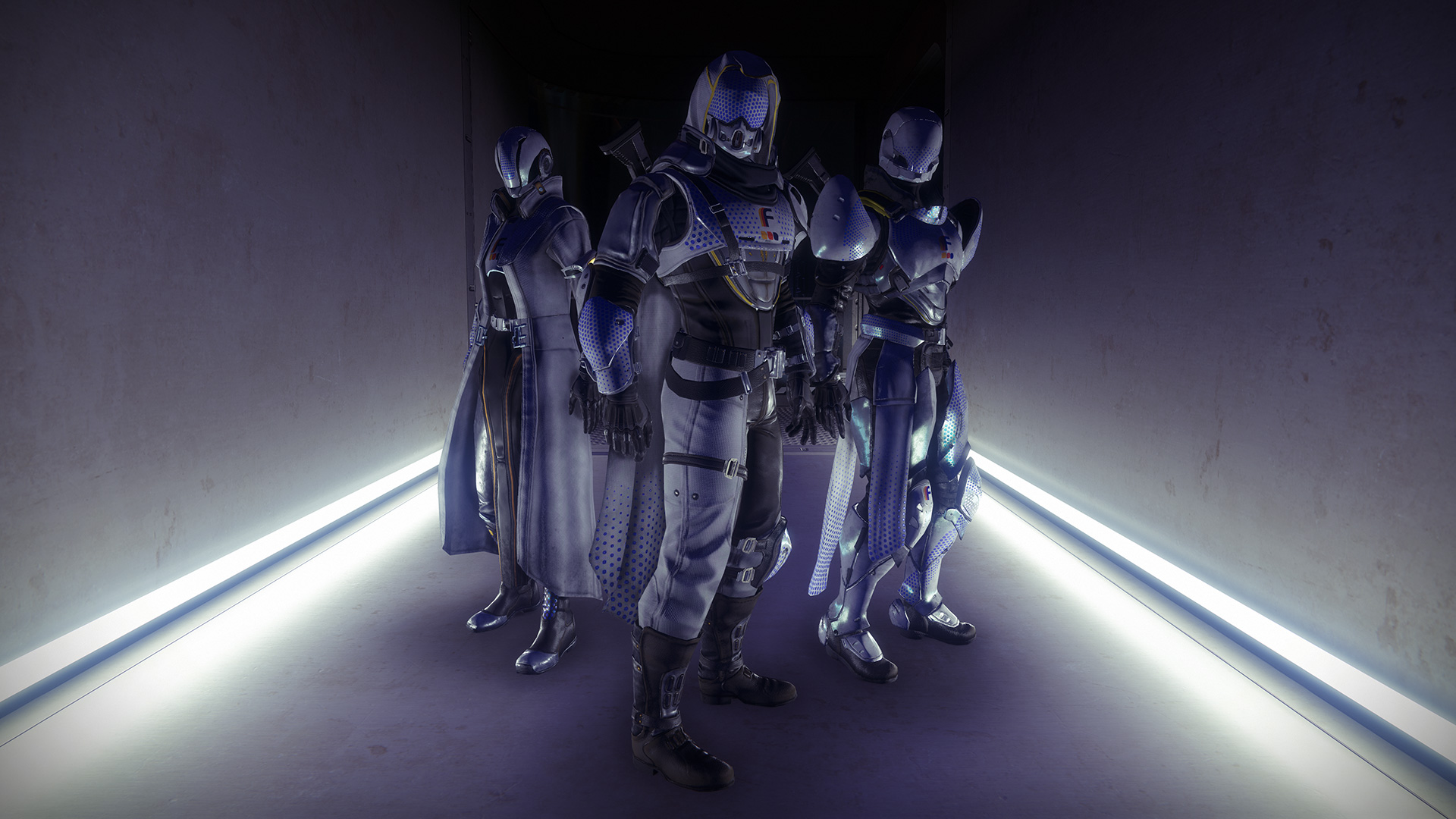 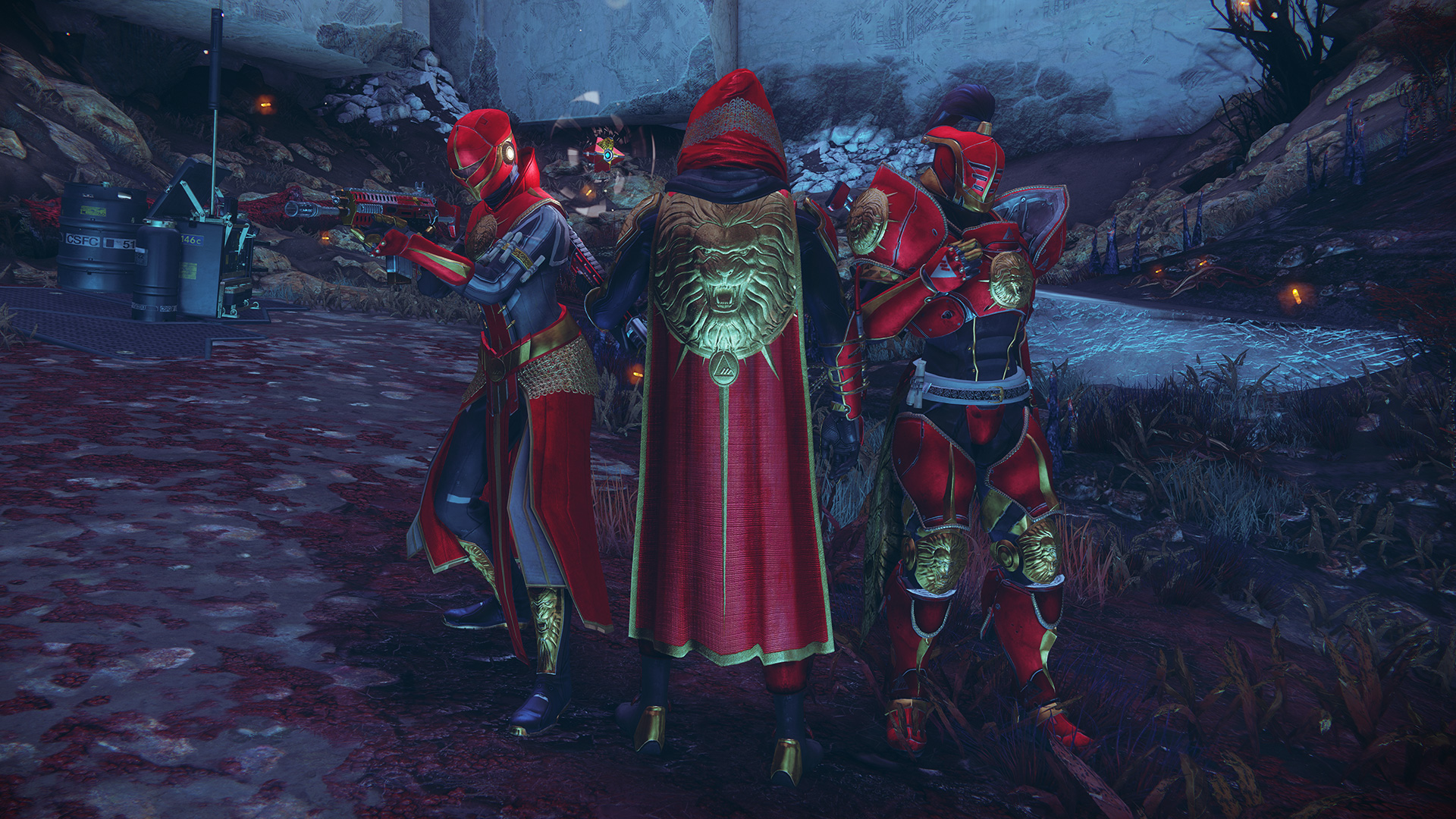 If you’re new to this event, the faction that awards the most engrams will be declared the winner. For the duration of the Victory Week that follows, the vendor of the winning faction will have a Winner's Offering available for purchase. The amount of Glimmer you’ll be expected to pay depends on your loyalty. Check out the guns that hang in the balance this time.

We’re excited to see who comes out on top. So far, Dead Orbit and New Monarchy have seen their banners waving in the wind over the City. Will this be the moment for Future War Cult? It’s up to every player on every platform.

The Balance of Power

Whether you’ve met Osiris or not, Destiny 2 has some changes in store for you. With the beginning of Season Two, some of the ways that all Guardians fight have changed. The Patch Notes tell the full story, but the game designers can tell you to story behind the notes. Jon Weisnewski has some developer commentary about the updates to combat.

Jon: Hello Guardians. First item of business: We know about the Prometheus Lens. It’s not what we intended. The weapon shipped with a bug, which we intend to fix with Destiny Update 1.1.1, along with everything else in the December update. Until then, please go easy on the players who have yet to get their hands on one (we know you won’t, but it’s been said).
As for the rest of the sandbox, whether you're a long time player or reading one of these for the first time, we're glad to have the chance to give you a quick update on the first of many Destiny 2 tuning passes. Our process for making these changes relies on a combination of absorbing raw player feedback, consulting detailed player data, and reconciling those learnings with our own experiences as players of the game. We then playtest and fine tune the changes we make as much as possible.
In terms of DPS output, our data from the first few months of gameplay is showing that various categories of weapons are reasonably balanced. A resounding theme from players has been to address the stronger outliers without making them too weak or changing their identity. We agree. We hope this update reflects that.
Rather than try to address every feedback item with a potentially disruptive kitchen-sink update, we're taking a more targeted approach for this first round of changes. The main focus was bug fixes, tuning adjustments, and a few specific changes meant to address common feedback items.
Just because we aren't addressing a feedback theme in this release doesn't mean we aren't aware of it or have no plans to address it in the future. This was a calculated and stable approach for 1.1.0. We'll see how this one plays in the wild and reevaluate going forward.
Thanks for reading. Thanks for playing.

Since taking on the role of Acting Community Manager, I’ve temporarily relieved Cozmo on the front lines of player feedback. (Don’t worry, he’ll be back soon.) As part of keeping our promise for more communication between players and developers, I’d like to give an example of our process. How is feedback collected? How is it shared across the studio?
Whether it’s a post on Bungie.net, a community forum, or social media, feedback starts with a conversation. You and your fellow players chime in, expressing agreement or disagreement with the given feedback. As the conversation grows, we share emerging trends with the entire team in a report that we deliver about twice a month. When we identify a more pressing matter, we share it directly and immediately with the teams that can make a difference. Here's one example:
Next week, Masterworks will be implemented to add more value to rewards that can be obtained from a variety of sources, including gear from end-game activities – but the work doesn’t stop there. Planned for early 2018, we’ll be looking at how Raid rewards can be updated to create more meaningful experiences. How exactly this will be realized in-game is something we’ll detail closer to deployment, but this is one example of feedback being investigated by our team. We’ll talk more about all the changes you can look forward to in the New Year once it arrives.
You won’t need to wait until next year to track our progress in responding to your feedback. Next week, we’ll be deploying a batch of changes in Update 1.1.1. that are based on your chatter. You can find an itemized list of what’s included in the same article linked above, including some updates to the way Vendors play a role in your hobby as a Guardian.
Keep the feedback coming! We’ll keep reading it, even during the holiday break. And we’ll talk again once it’s over.

The Age of Osiris

With the addition of Mercury to your Director, the Destiny Player Support team has been investigating issues as they are reported to the #Help forum. We identify issues, confirm their existence in the game, and forward them to the appropriate teams to be addressed.
This is our report.

HDR
Shortly after launch, an issue was discovered that impacts the functionality of HDR settings for PlayStation 4 and PlayStation 4 Pro. When enabling HDR settings through platform or in-game settings, changes are not properly applied by the Destiny 2 application. We are seeking to address this issue with Destiny Update 1.1.1, which we have targeted to become available next week.
Eater of Worlds Prestige Raid Ornaments
While Prestige mode for the ‘Eater of Worlds’ Raid Lair has not yet been announced, ornaments are currently available for preview. We have identified an issue where the unlock requirements displayed in ornament tool-tips are currently false. We are seeking to address this issue as soon as possible.

Trophies and Achievements
We are aware that there are some Destiny 2 trophies and achievements that have become unavailable to players who have not purchased Curse of Osiris. We are committed to fixing this issue, and are currently investigating a solution. Please stay tuned for more updates on this topic as progress is made.
Other Known Issues
Since launch, we have been updating our Curse of Osiris: Vital Information and Known Issues thread in the #Help forum. The following have been the most frequently reported since launch:

Stay tuned to @BungieHelp for updates on these and other ongoing investigations.

As Destiny sees new content, so does the Community Creations page. We’ve seen some players asking “What does Bungie look for in a Movie of the Week? I want that sweet emblem!”
See below.
Movie of the Week: Destiny 2 Rap Battle
Honorable Mention: Emperor Calus Sculpt Timelapse
If you want to win, make sure to note your PSN ID, Xbox Live Gamertag, or Battle.net ID when you make your submissions. If you do win, emblems should be rewarded within a week.
Tomorrow will be a rush. After many test sessions with Team Velveeta, I’m excited to see what strategies are used in pursuit of the World’s First crown. Seeing players going counter-clockwise on Calus plates during the race for Leviathan was completely foreign to me, and I’m betting some of you will find success in ways that we could never think of. Let the race begin.
Cheers,
-dmg04