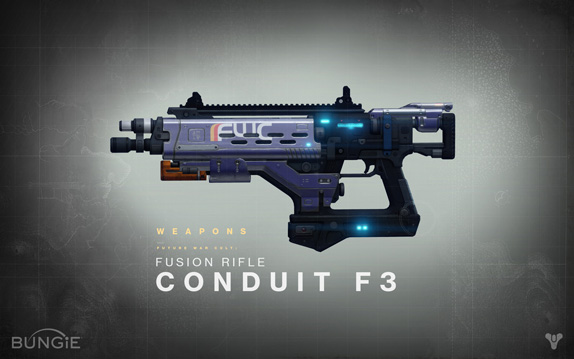 Concept: Isaac Hannaford
3D Model: Milton Cadogan
There are those who deal in lead. Then, there are those that prefer alternative forms of punishment for their opponents. If a mass-driver doesn’t suit you, a weapon like the Conduit F3 may be more your style. With new tech, however, comes fresh risk. 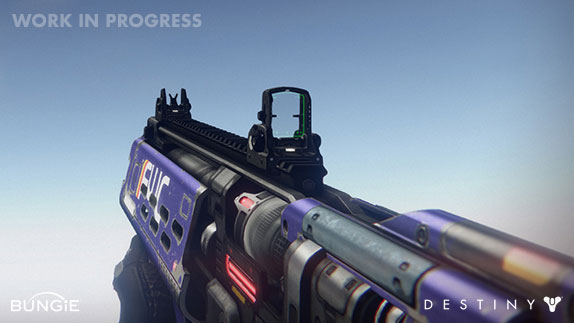 This new breed of munitions is evidence of an adaptive society. Jonathan Goff, an expert on Guardian militaria, tells a story about turning the weapons of one's enemies against them. “Advancements in directed energy disbursement were gained through dissection of hostile tech gathered in the field. The first implementation of this new technology comes in the form of Fusion Rifles.” 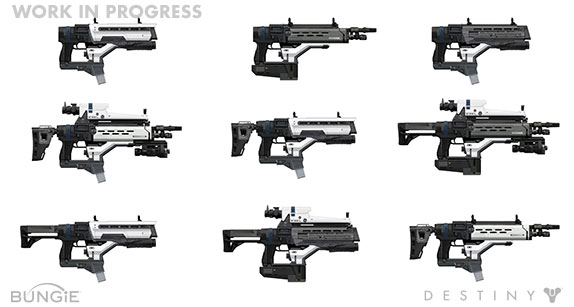 Fortune favors the brave, we’re told. Bravery, it turns out, is requisite for anyone fortunate enough to wield a Fusion Rifle. “One of the first working prototypes was deemed too unstable for mass production,” recalls Goff. “Despite the concerns over faulty radiation shielding, the weapon's incredible power has made it a favorite of daring weapons collectors.” 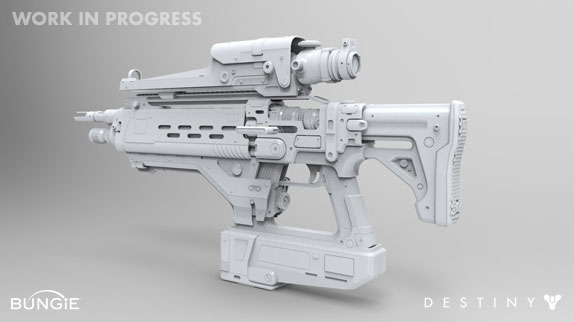 Newer generations of Fusion Rifles have solved some of these problems through slow and painful innovation. “The barrel configuration on this model dampens the wattage use needed to power the inertial chamber,” observes Art Lead Tom Doyle. The technical jargon translates to brute force that any Guardian would value. “Its over-penetrating burst fire is ideal for taking out multiple targets at once.” 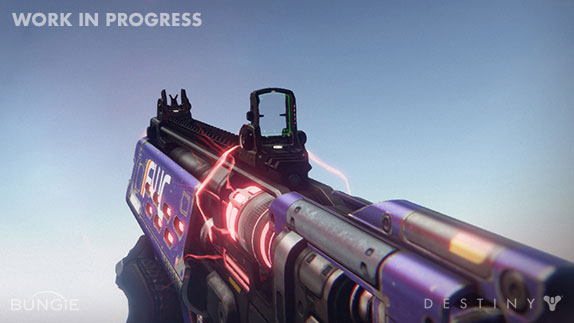 The Conduit F3 is next generation hardware for killing the bad guys who deserve it. Charge it up, and let it off the chain.
Disclaimer: Destiny is a work in progress!
This is just one weapon in an ongoing series in which we'll dig into the finer details of our upcoming first person action game, and explore how every element shapes the brave new world where your adventure will take place. All items, details, names, and pieces of random trivia are subject to change or complete and total discontinuation in the face of fatalist risk assessment.