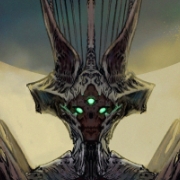 I've gotten to the point where, and no offense to any playstation players, that if any other counsel is in my lobby, I leave. I can't deal with the lag and the latency bull. I can't deal with the the matchmaking process. How the hell is matchmaking even when I ran a gambit, GAMBIT, where my team had no idea what the fuk they were doing, and we were pitted against 3 2 stacks. No way in hell can 1 guy try to deposit motes and invade, on top of killing the blasted blockers. All in all, I've kinda lost faith in Bungie. Crossplay is shot for any form of PVP, uneven as hell in Gambit. Only think worth crossplay is straight PVE stuff, but even then it's laggy as hell. Bungie, stop fixing shite that ain't broke and start fixing the shite that is broke. Test out new features more than in one bloody mode, and get a deal with Sony so counsel players domt have bad opinions about opposite counsel players. Something needs to be done to make crossplay run smoothly or it needs to be yoinked from any type of game mode where you pit PvP. I know I'm not the only one dealing with it or even fed up with the bullshite. D2 was great at one point, but since crossplay and the latency and lag that came with it, it's gone downhill. And the matchmaking is a joke.
English
#feedback #destiny2 #FeedbackD2 #Suggestions #fix #game
Comment Reply Start Topic
Report