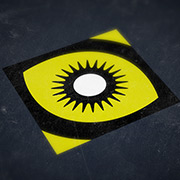 The severity of the PVP experience for casual players

So I'm a casual player. I have been since Destiny 1. I find myself in a severe love hate relationship with this games PVP. The issue seems to arise with matchmaking. Not so much in general but massively specific to game modes and events. Take Iron Banner and Trials of Osiris. Both modes are highly competitive and with some of the most sought after items in the game. My issue here is with the skill gap. Due to the sheer level of some of the more experienced players (Especially at the age that the game is.) It has become quite overwhelming for the average player to compete in such events. Although many have no issue I see a definite problem with people of my age and skill level. I've played for a long time but I dont play for an adrenaline rush. I play to relax and have fun. The saddening thing though is trying to obtain items or complete any quests/triumphs affiliated with these events. Its seems unobtainable and it's quite demoralising. Now to further add to that point it begins to make me question what a new players experience would be like with such things. I know that after one match of trials I already feel so powerless to play against anyone that good I tend to swap over to ARK or Minecraft. I'm not asking for anything and I'm very happy with the game and content that is provided for us. Some may say "get good scrub" but to you I will respond "why when I play for fun". My point is not everyone is a die hard sweaty competitive person who likes the sensation of being fast on the trigger and having a KD of 25. People like me just kick back and make some stuff blow up now and again, maybe fight some aliens. Does that mean I'm not entitled to some good loot? Shouldn't I enjoy pvp even as a casual? Surely as a paid customer I should be able to get access to the lighthouse without having to train my pvp skills relentlessly? Anywho. Food for though 😊
English
#Multiplayer #PvP #destiny2 #Crucible #FeedbackD2
Comment Reply Start Topic
Report