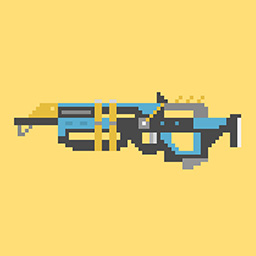 Create your own super

Want to test the creativity of the community on making a super. Lets see what you can come up with. Go nuts, sky's the limit. For the Warlocks it's a void subclass meant to be hyper offensive, sacrificing their body, and possibly sanity while empowering allies to overcome any fight, and it's gonna be based around death, and necromancy. The class's strengths is dependent on how well they are at staying alive, the longer you are alive, the better the result. Super: Necromancy -Wield a void scythe, light attacks(R1) causes you to slash the target infront of you, heavy attacks(R2) charges your attack for a ranged shockwave which increases in damage the further it travels. Grenade(L1) ability brings back fallen allies on a 1 second cooldown. Using any remaining super energy allows(Super activation, L1/R1) you to place a death field, enemies caught in it are consumed by the void and are brought back as mindless bloodthirsty zombies. Any allies that die inside the field are brought back from the dead, and in a state of invincibility(5 seconds). If the caster dies with full super energy, the caster can be brought back from the dead(Classic self res) along with nearby allies in ship shape condition(Full grenade and melee energy) Grenade: Bloody Onslaught(Hold grenade ability) -Cut yourself to go into a state of homicidal fury, increasing the damage of your weapons and abilities(Damage buff is equal to that of Kill Clip, lasts 15 seconds). Kills add more time, the more powerful the foe is, the better the duration(3 seconds for reds, 6 for yellows, 9 for mini bosses, 12 for bosses) Inflicts damage on you(Half health if full, puts you in red if less than half, can not be used if in red) Melee: Terrify -Ranged melee attack that applies Paranoia. Enemies inflicted with Paranoia are then feared of the Warlock, and not know the difference between friend or foe(Disorients foes) Passive: Zombify -When low on health, enter a bloodthirsty, zombified state(15 seconds), melee kills instantly kill foes and heal you, receiving the "Dark Rites" buff which allows you to consume grenade energy to revive an ally(Ranged revive), stacks up to 5x(The amount of stacks you have is on how many allies you can revive). Failure to kill while in the zombified state, converts super energy into blood orbs which speed up the rate of ally super energy(Same speed as harmony). Or save all stacks of Dark Rites and revive those who have fallen. Both ally and foe.
English
#lore #destiny2 #creativity
Comment Reply Start Topic
Report