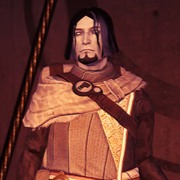 Ideas on how to fix popular complaints

I was going to Tess Everis to get an engram decoded today and thought about the multi-emote thing that people have been wanting in the game for forever. And the more I thought about it, the more an idea popped into my head. I think it's a really sound idea, so I wanted to share it, along with other things that I've been drumming up in my head recently. 1: Multi-emote screen - So you know how the menu has separate screens for your inventory, character, and clan, right? How about if there were a new "Emote" page added. It would have four slots at the top corresponding to each of the 4 + pad buttons (up, down, left, and right). Below it would be a list of your emotes that you would be able to arrange however you'd like. You could choose an emote, then go up to the + pad slots, and choose which you'd want it to go to. I see no reason that this couldn't be implemented. 2: Shifting focus off of Eververse - So, people are of course VERY mad at how the game seems to focus on Eververse and its micro-transactions. I have a simple fix. Make it to where the exotics in Eververse can drop from endgame content. Ships from the raid, Ghost shells from the nightfall, and Emotes from Prestige mode endgame activities. Seems like a fair setup to me. 3: A "discard" slot for shaders - Mass-deleting shaders is something people have been crying about for a while, and like the emote problem, I came up with a clever way to fix it. There would be a "Discard" slot in the shaders tab where you could choose a shader and put it into the slot. You would then get a little tab asking you how many of that shader you want to dismantle. Simple as that. 4: More interesting mods - Besides the basic power upgrade, reload speed increases, and recoil reductions, there's a thousand things that could be done with mods to make them actually cool. One idea is for mods to have race/planet specifc buffs, like 10% more damage to fallen, or 10% faster movement speed while on Nessus. Another idea would be add "Exotic Mods" into the game. These mods would do such things as increase super regen while stationary, give you the option to equip a second exotic (this mod would obviously only drop on other exotics). And, no, before you say it, 2 exotics equipped at a time would not be OP. 5: Ways to make non-raid content work as endgame content in Destiny - As you know, raids are the biggest attraction, at least to hardcore PvE'rs in Destiny, and it's always done well with them.... Except Crota's End, but that's neither here nor there.... Point is, things other than raids, like NF's, PoE, or the new raid lairs, have either not been given the time of day, or are being handled lacklusterly. Nightfalls right now are just not fun to play, having to contend with a timer, as the Bungie crew is already well aware of. Raid lairs are cute, but they don't do enough to fill that raid itch for a lot of players, or at the very least, me. And a lot of us remember how PoE was received when it came out in D1... PoE probably never being added to the game, I won't talk about it, but with the lairs and nighfalls, I know of some decent changes that would make them feel better as endgame content. With lairs, we should get a short side quest to go along with it (maybe 3-4 missions), just for lore clarity, because almost no one understands why we even bothered with the EoW lair in lore. That kind of stuff is very important if you want to enrich your game world. Also, it would be great to see lairs get challenge modes, even if it's just one per liar, with the final boss. Replacing real raids as PvE endgame content, I feel they should be given the same respect that real raids are given. One final suggestion. RELEASE PRESTIGE LAIR MODES IN THE SAME TIME FRAME YOU WOULD RELEASE PRESTIGE RAID MODES. This goes back to the respecting lairs thing. As for nightfalls, the best way to make nightfalls brutal but fun is to A: not time limit us, and B: give us unique rewards for doing them. I don't want a 13th better devils hand cannon for doing the frickin prestige nightfall. NF's should have their own loot that can be obtained only in that activity. Even if it's not weapons and just an armor set, that would be good enough for me. On the difficulty side of things, the best idea I've came up with is 'supercharged modifiers". I don't know what the base values are for modifiers in the game, but their supercharged versions would just be them, cranked up to 11. If the base version of trickle increases cooldown time 30%, "Super-Trickle" Should do it by 50%. You get the picture, I think. Just give us harder modifiers to deal with, and a unique NF armor set, and the NF's will stand out, as opposed to just being another strike.
English
#feedback #ideas #Improvements #fixingD2
Comment Reply Start Topic
Report