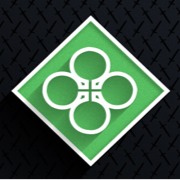 Just yesterday me and two friends decided to kill crota, and for no discernible reason three of our other friends casually joined throughout, however that's not what I wanted to talk about. At the end we had a full fireteam of six and because it was normal mode we still had the chalice, so I made up a game with the chalice where basically you chase around the person with chalice trying to steal it off them - basically a game of possession - and everyone agreed that was more fun than the actual raid itself, we had such a great time. Then I got thinking, this could be a light-hearted pvp game mode for people who just wanted a break from strikes, raids, missions, crucible, etc.. I don't mean we should go through the whole raid just to do it, I mean bungie should implement it in as a crucible game, where you are matchmade with six people, and will land on various maps that require parkour. This would be amazing, please do this Bungie.
English
#Destiny #crota #Hilarious #light #taken #Possession #chalice
Comment Reply Start Topic
Report