May 20, 2021 - A_dmg04
This week at Bungie, we crack open the Vault of Glass.
We’re a little over a week into Season of the Splicer. Things have been a little crazy, so to speak. The Vex have cast the Last City into an endless night, and the Vanguard need your help. We’ve found our first clues on Europa thanks to the aid of Mithrax, but have more networks to crash. Now, Guardians are flying to the Moon for another crack at the code.
As you take on the Vex and their simulations, fresh loot has been up for grabs. Gridskipper and Chroma Rush have been ripping the Vex to shreds in Override. Lord Saladin has some new tools of destruction for you to earn in the Iron Banner. Hung Jury is up to bat as a Nightfall reward this week, and we’ve already seen numerous Guardians exploding their foes with Firefly rolls.
It’s been a fun start, but we have more on the way, and it’s almost time to crack open the Vault of Glass.

Vault of Glass: Prepare to Start

Saturday is nearly upon us. On May 22 at 10 AM PDT, Guardians will venture forth to Venus to take on the Vault of Glass. Contest Mode will be active, and we have a few rewards for those brave enough to enter.
Vault of Glass World First Title
As shown back in April, we have a new title belt for players to earn. Here’s a quick recap on the rules of engagement: 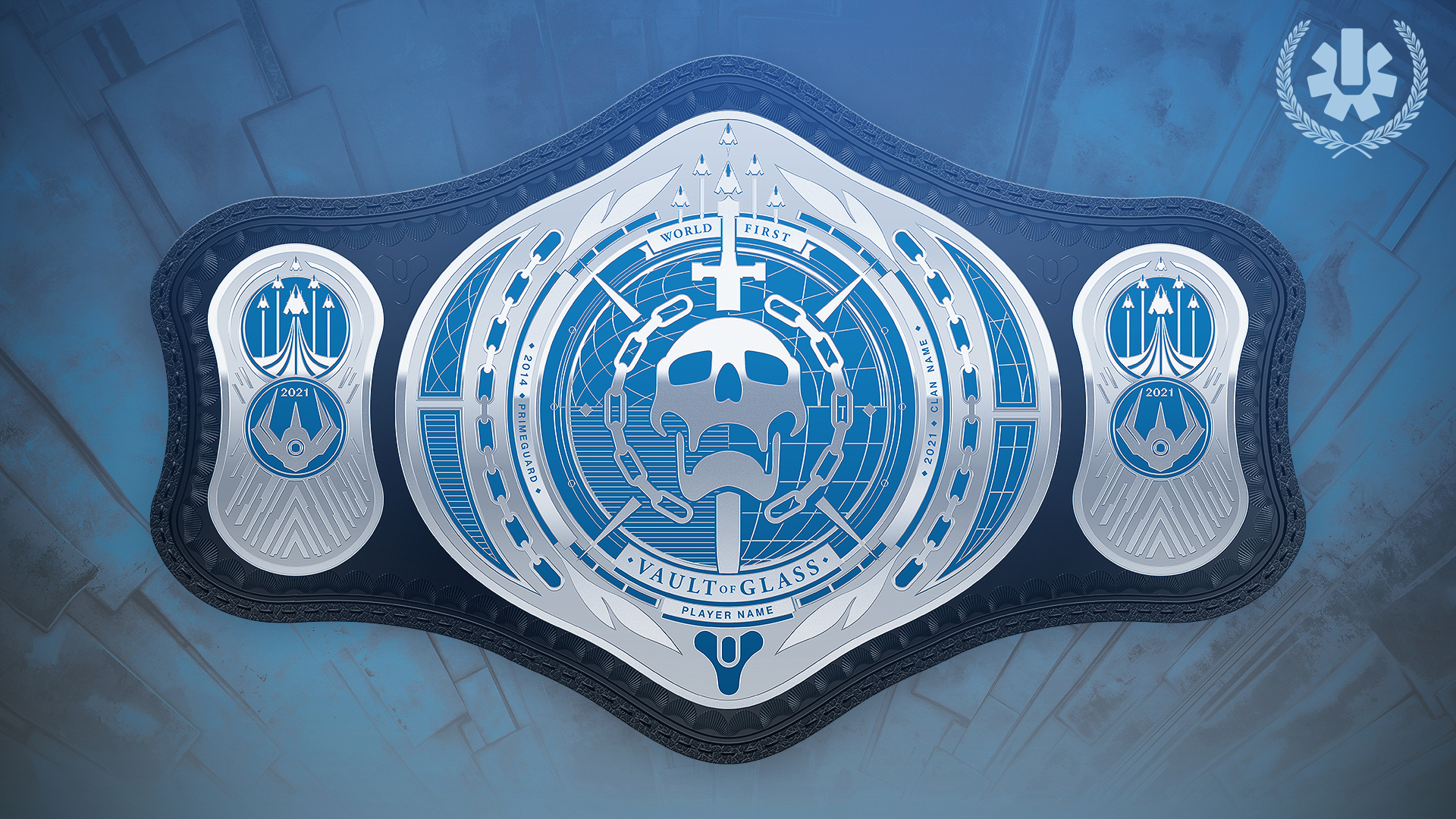 Here’s a link to our Help Article covering every nitty gritty detail in full. If you’re planning on going for this belt, please make sure to review the content to ensure your clear is fully complete in our logs!
Before we move along, there is one more thing: The Hunter Exotic “Star-Eater Scales” will be disabled for the first 24 hours of Vault of Glass being live. The team has discovered an issue where some abilities were being granted a bit more damage than intended. We don’t want Hunters to take this race like they did Guardian Games, so we’ll be putting this exotic on a short time out. Plan ahead, and make sure you have another pair of pants infused to appropriate power levels before heading in to the raid.
If you’d like to watch as the mayhem unfolds during the world first race, Professor Broman and Reck will be hosting the Vault of Glass: World First Race Tailgate over on Twitch! It’ll be a fun time, and we hope to see you there.

Hopefully we don't run out of... TIME pic.twitter.com/NimLdy8YHO

Now, let’s look at some Bungie Rewards that will be available to all who brave the Vault, World First or not. Apologies in advance for the cheese, but I’m going to take a crack at writing some flavor text for these delicious rewards.
Ring Quest
For those looking for the perfect reward that says Will You Raid with Me? Guardians who complete the Vault of Glass before May 25, 2021 9:59 AM PDT will unlock the Vault of Glass Raid Ring for purchase from the Bungie Store. 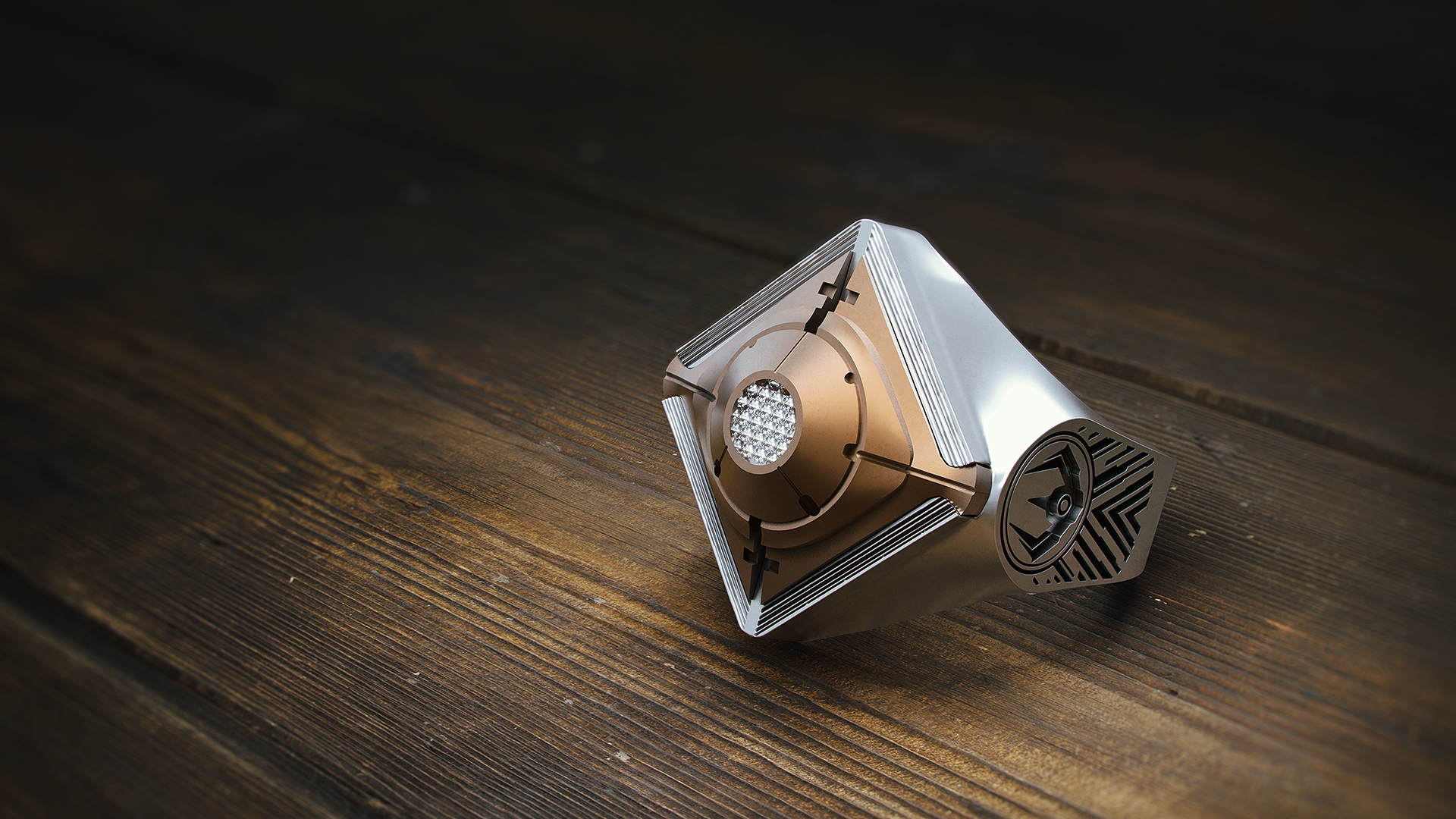 Claim your reward code by June 30, 2021 9:59 AM PDT and make your purchase by June 30, 2021 11:59 PM PDT, or your spoils will be forever lost to time.
Jacket Quest
For those seeking the perfect armor to protect them from simulated Vex elements (or at least a chilly gust of wind). Guardians who complete the Vault of Glass by June 1, 2021 9:59 AM PDT will unlock the Vault of Glass Raid Jacket for purchase from the Bungie Store. 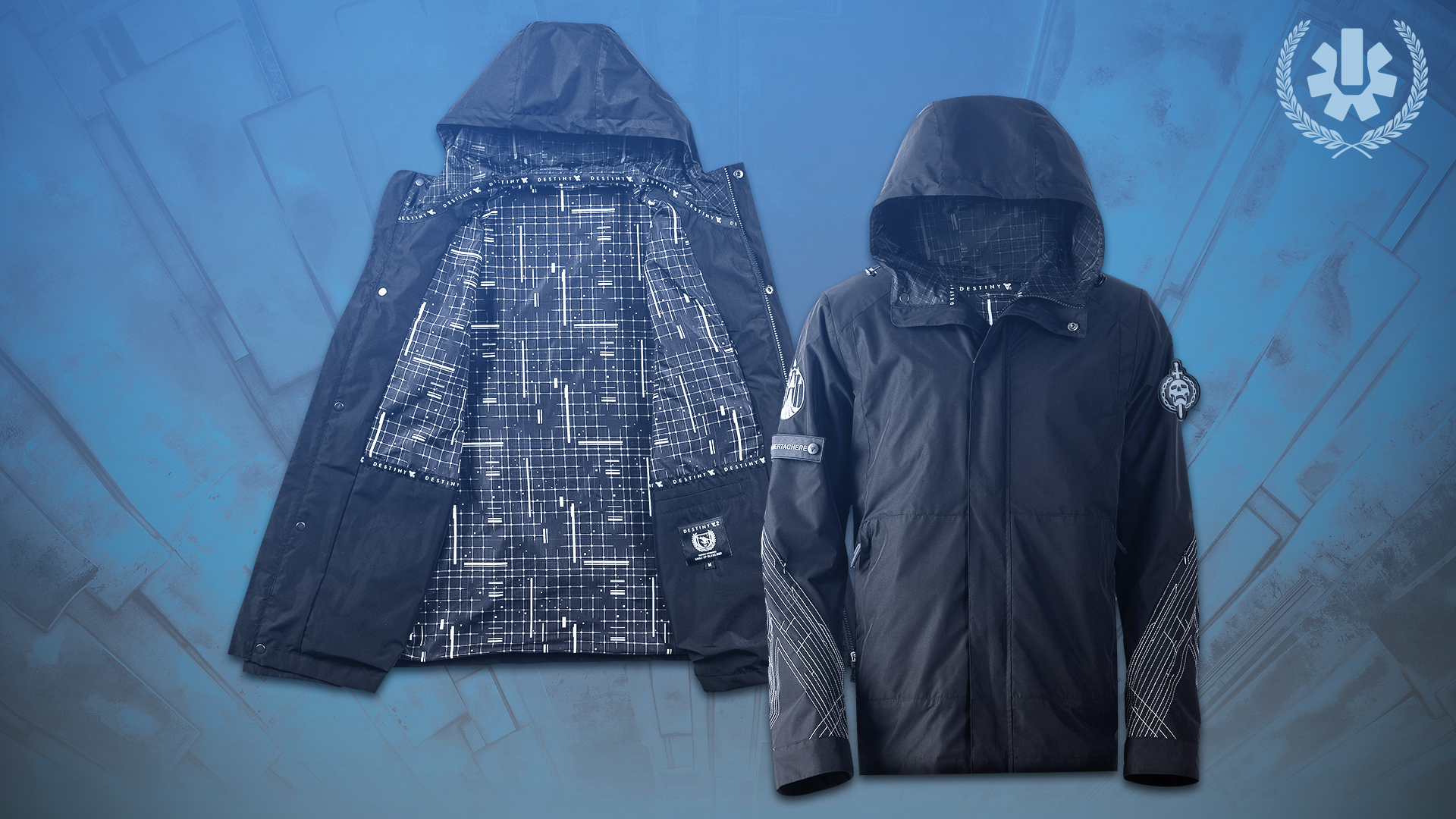 Claim your reward code by June 30, 2021 9:59 AM PDT and make your purchase by June 30, 2021 11:59 PM PDT, or you might be caught out in the raid without the proper gear.
And more....
We have a few other Bungie Rewards up for grabs. Be sure to check out your Bungie Rewards page for details on the Vault of Glass Pin, Vault of Glass Art Print, and Raise a Glass emblem.
Of course, there will be Legendary loot for you to earn in the game. We’ll leave those items for you to uncover as you make your way down into the Vault.

Cross Play – How About a Beta?

In the early hours of Season of the Splicer, a few of you got your first unfiltered taste of Cross Play. Even though this was caused by a bug, we saw players mingling between platforms, which was awesome! That said, we needed to smash that bug like a subscribe button to get our release back on track. While our current goal is for Cross Play to ship in Season 15, we have a list of things to do before it’s ready, one of which is a Beta starting early next week.
Yes, you read that right! You are formally invited to the Destiny 2 Cross Play Beta. This will serve as a short, sweet, and important moment in the development of this feature.
From May 25 through May 27, a unique Vanguard Strikes Cross Play Beta playlist will be available to all players in Destiny 2. You’ll be matchmade with Guardians playing on PlayStation, Xbox, Steam and Stadia. As you fight through the enemy waves of Darkness, our teams will be scouring data and preforming a multitude of actions to test the integrity of our upcoming Cross Play system.
As a token of our appreciation for your time, any players who complete three strikes in the Vanguard Strikes Cross Play Beta playlist will be rewarded with the unique “Stars Crossed” emblem.

Now, before you ask, the Cross Play Beta will be restricted to this matchmade activity. You won’t be able to form a fireteam just yet and you won’t be able to send invites to friends. We’re specifically targeting our matchmaking systems as we prep this feature for next Season.
Many thanks in advance. We’re incredibly excited for Cross Play and the bright future this feature will bring by uniting Guardians from around the world, no matter which platform they play on.

We’re a little over halfway through May. I swear, just yesterday I was thinking of how nice a month April was. A new month means we  have some new rewards through Prime Gaming to keep your feet grounded as time flies by. Vigilance Wing is in the spotlight this month, with some flair for your Ghost to celebrate the launch of Season of the Splicer!

Truth be told, that’s one of my favorite ornaments, and a pretty slick Sparrow too. Want to snag these but haven’t engaged with our Prime Rewards before? Head here to link your Bungie.net account and follow the directions for claiming rewards. If you’ve done everything right, Amanda Holliday will have a package for you containing the following:
If you have any questions or hit any snags, be sure to check the Prime Gaming support article on Help.Bungie.net.

These last nine days have been jammed with investigations and bug fixes. Truth be told, we’re proud to say that we’ve had some of the fastest turnarounds we’ve ever seen. It’s a testament to the strength of our team, and improvements we’ve made to our patch pipelines over the years. All said and done, we’ve knocked down many high priority issues, but we’re still working on a few. Player Support is here with a quick update.
This is their report.

HOTFIX 3.2.0.2
Hotfix 3.2.0.2 will go live next Tuesday, May 25, at the daily reset. Maintenance windows and expected downtime can be viewed here once they are made available.

Here is a sampling of the list of the issues being addressed:

VAULT OF GLASS WORLD FIRST
Fireteams who wish to compete in the World First race for the Vault of Glass raid will be able to do so when the raid launches on May 22, 2021, at 10 AM PDT (1700 UTC).
The first Fireteam of 6 to complete the Vault of Glass raid, then complete the Vault of Glass Challenge Mode and claim the Tempo's Edge Triumph will be declared World First by Bungie from @Bungie on Twitter after verification from our analytics team.
If a Fireteam cycled through different members during their attempt, the final 6 remaining upon the completion of the final encounter of the Challenge Mode activity where at least one member of the Fireteam claims the Tempo's Edge Triumph will be declared the winners and be awarded raid World First title belts.
The Fireteam must loot the final chest before returning to Orbit and claim the Triumph or their finish may not be recorded. A team's official finish will be recorded when they return to Orbit.
For more information, please visit our Vault of Glass World First Rules and Legal Terms article.
KNOWN ISSUES
While we continue investigating various known issues, here is a list of the latest issues that were reported to us in our #Help Forum:

Right Out of My Childhood

This week’s selections really hit me right in the nostalgia.  I had quite a few coworkers send these to me as well, ranting and raving about how special they were. Without further ado, here are some amazing videos from our community:
Movie of the Week: Fallen Babies

Movie of the Week: Destiny - The Last Guardians

A Song of Splice and Fire

Winners for Art of the Week have a similar story to Movie of the Week. A good friend and coworker sent the following pieces my way, asking if selections for the week were closed. Thankfully, I had just started browsing the #DestinyArt and #Destiny2Art hashtags on Twitter!
Art of the Week: O V E R R I D E

Art of the Week: The Iron Lady

While we take a moment in each TWAB to celebrate the artists in our community, tons of Bungie employees follow the Destiny conversation online. We share your pieces frequently, often with phrases like “Holy [REDACTED], this is [REDACTED] excellent!” So, even if you haven’'t won yet, thank you for continuing to wow us with your boundless creativity.
How many times do we have to teach you this lesson, Atheon? It seems this machine god is stuck in a causal loop within the activity, suggesting that Destiny 2 somehow binds space and time into a causal loop within the activity, suggesting that...
See you on Saturday, bright and early.
Cheers,
dmg04