Mar 18, 2021 - Cozmo_BNG
We want to start this TWAB off by speaking about the tragic events from earlier this week. The violence against the Asian American community in Atlanta wasn’t an isolated event. Hate crimes against Asian Americans have recently surged across major cities in the US over the last year.
Everyone at Bungie stands with the Asian community during this difficult time and our hearts go out to the victims of this senseless act and their families. One of our goals is to continue to build communities around our games where everyone feels safe to be who they are and free to build friendships without the fear of hate or discrimination.
Please join us in making a donation to aid efforts that provide support and advocacy to those in need. To donate, support, and learn more on how you can help visit: imreadymovement.org
Thank you for supporting our AAPI families and friends. Enjoy the TWAB.
This week at Bungie, the Grandmasters have begun.
The most challenging difficulty of Nightfalls premiered this week as Grandmasters kicked off with a trip into the Devil’s Lair. Battle your way through champions to once against face a familiar foe in Sepiks Prime. As it’s Nightfall week, crank that music up to 11. If loot is at the front of your mind, your first taste of PvE Adept weaponry is available. We’ve been seeing numerous Guardians showing off their Adept S.W.A.R.M. Machine Guns and discovering a fancy new mod: Adept Big Ones.
Not into Grandmasters? That’s fine, we’ve still got several activities lined up across the game for whatever you’re in the mood for. If you’re looking for a different flavor of chaos, Mayhem is on its way next week. If that’s not your style we have a yet another Crucible option coming up.

Lord Saladin has played a pivotal role this Season with some strong opinions on how to deal with the ongoing threats to the Vanguard. But even as battles wage through the system, the Iron Banner competition must go on.

The Iron Lord will arrive next week with more bounties in tow and a slew of weapons to earn. If you need some quick boosts to your Power or to fill out some missing slots with pinnacle rewards, Iron Banner is a great place to get them. Go in with a full fireteam or queue in the solo node and face off against six other random opponents with five random allies. However you choose to play or whatever weapons you choose to bring, remember to control those zones! Also, throw grenades; it’s not just a Mayhem thing. 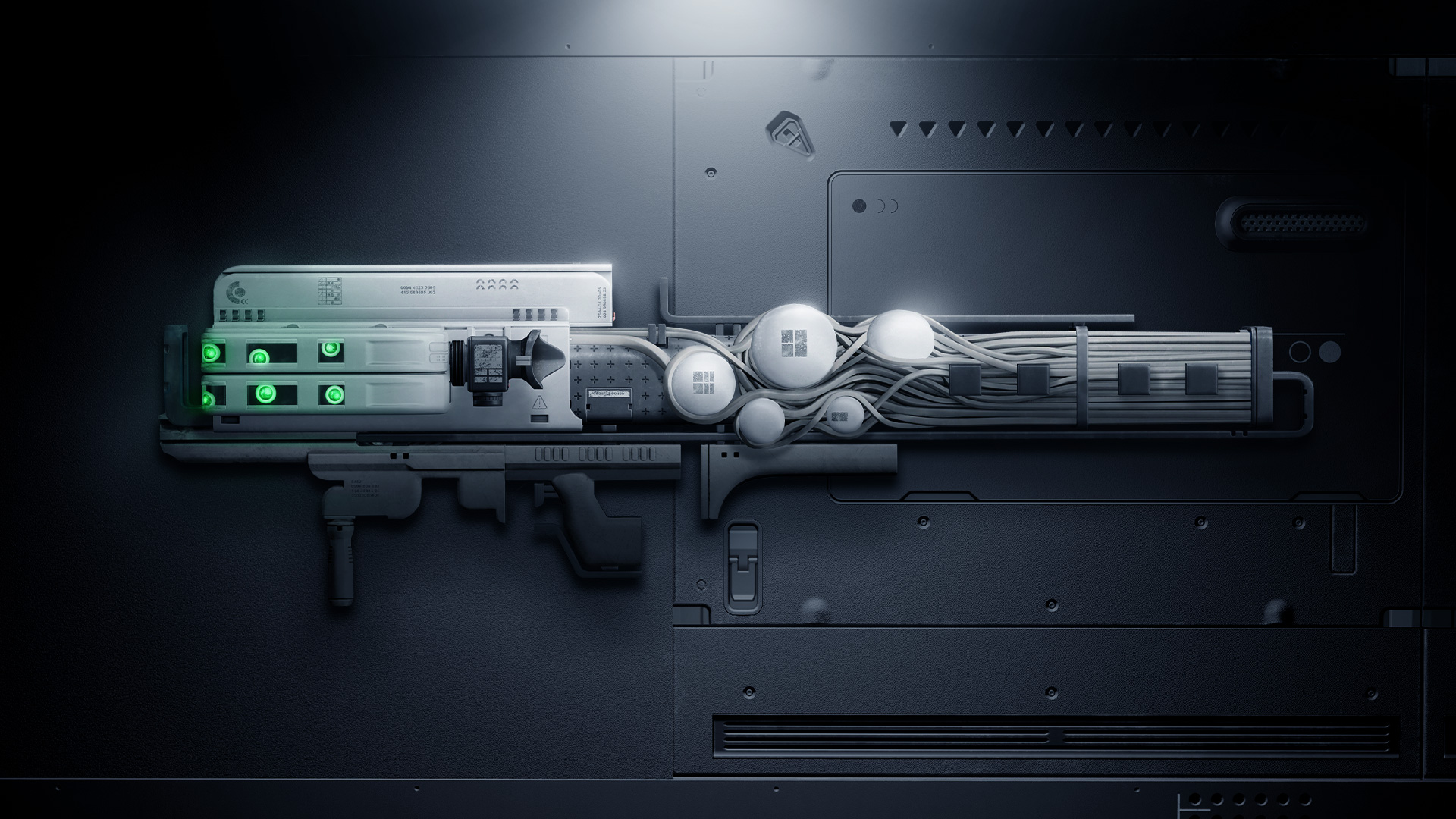 We have received reports that Eyes of Tomorrow was doing less damage on bosses after update 3.1.0. We acknowledged that there was no intended damage reduction and started investigating a fix. We discovered there was a modifier incorrectly placed on the weapon that was reducing its damage to “miniboss” combatants like the bosses you find in a Lost Sector. We have a fix ready in Hotfix 3.1.1.1 which is currently scheduled for March 23.
There were reports that this was also affecting damage against raid bosses, but our internal test teams were unable to reproduce this and didn’t find any changes to the damage outputs against big baddies like “Shaniks” while using several different combinations of buffs and debuffs.
We appreciate all of the reports on this issue that lead to this fix, but that’s not all. There is other chatter in the air about this highly coveted launcher of many rockets.

We've also seen a lot of feedback that The Eyes of Tomorrow is not dropping for many players despite numerous clears on multiple characters. We've been digging into this and discovered that bad luck protection was mistakenly being applied on a per-character basis instead of across the entire account.
Want the tl:dr? We got you. In upcoming hotfix 3.1.1.1 we’ve collapsed all of your account raid completions into a single value so bad luck protection applies properly no matter which characters you run the raid on. This applies retroactively -- so if you still haven’t gotten a drop yet you will have the corrected drop chance after the fix goes live depending on how much raiding you have already done.
Do you like getting into the weeds of making video games? Then keep reading... The original design intent of bad luck protection for Eyes of Tomorrow was to increase your chances of obtaining it with each weekly clear on your account, eventually reaching a 100 percent guaranteed drop if RNG had been particularly unkind to you. The goal was to reward folks for raiding consistently week over week, rather than binging dozens of runs in a single week. Another goal was to ensure single-character players were not at a huge disadvantage, as we didn’t want the benefits of bad luck protection to require raiding across three characters.
With those goals in mind, we set it up so that each character has a weekly chance at the Exotic, but the bad luck protection count only “accumulates” once per week across the entire account. This meant that players raiding on three characters have three times as many chances at the Exotic, but that the increase in drop chance only increases once each week and applies equally to everyone who runs the raid, regardless of if you are running one character or three.
However, we mistakenly applied this protection to a system that only stores data on a per-character basis. That resulted in each character having individual protection counts. That would be fine, but only the first character you ran the raid on each week would add to their protection count. Left unfixed, this would have made it take up to three times as long to see the benefits of bad luck protection for people raiding across different characters each week.
In 3.1.1.1 we are combining all raid completions on your account to a single value. This means if you’ve completed the raid weekly since it launched, you’ll now correctly have the max possible completions counted towards your bad luck protection, regardless of which characters you raided on. And moving forward, this protection will accumulate properly regardless of character. For some of you, this will have no effect since you only raid on one character. For others, your bad luck protection count will effectively triple.
So even if you continue to be extremely unlucky -- after this fix the Exotic is guaranteed to drop in the next few months if you have been raiding each week. Happy hunting!

You ever sit around debating who would win in a fight between characters, celebrities, or community managers? Yea, neither do we. Except today -- when we asked you to let us know who you think would win in a battle to the pain. Who is the baddest baddie? The robotic chicken-like Wvern with their full-on yeet attack or the formidable Taken Captain spamming endless blinding orbs of death? 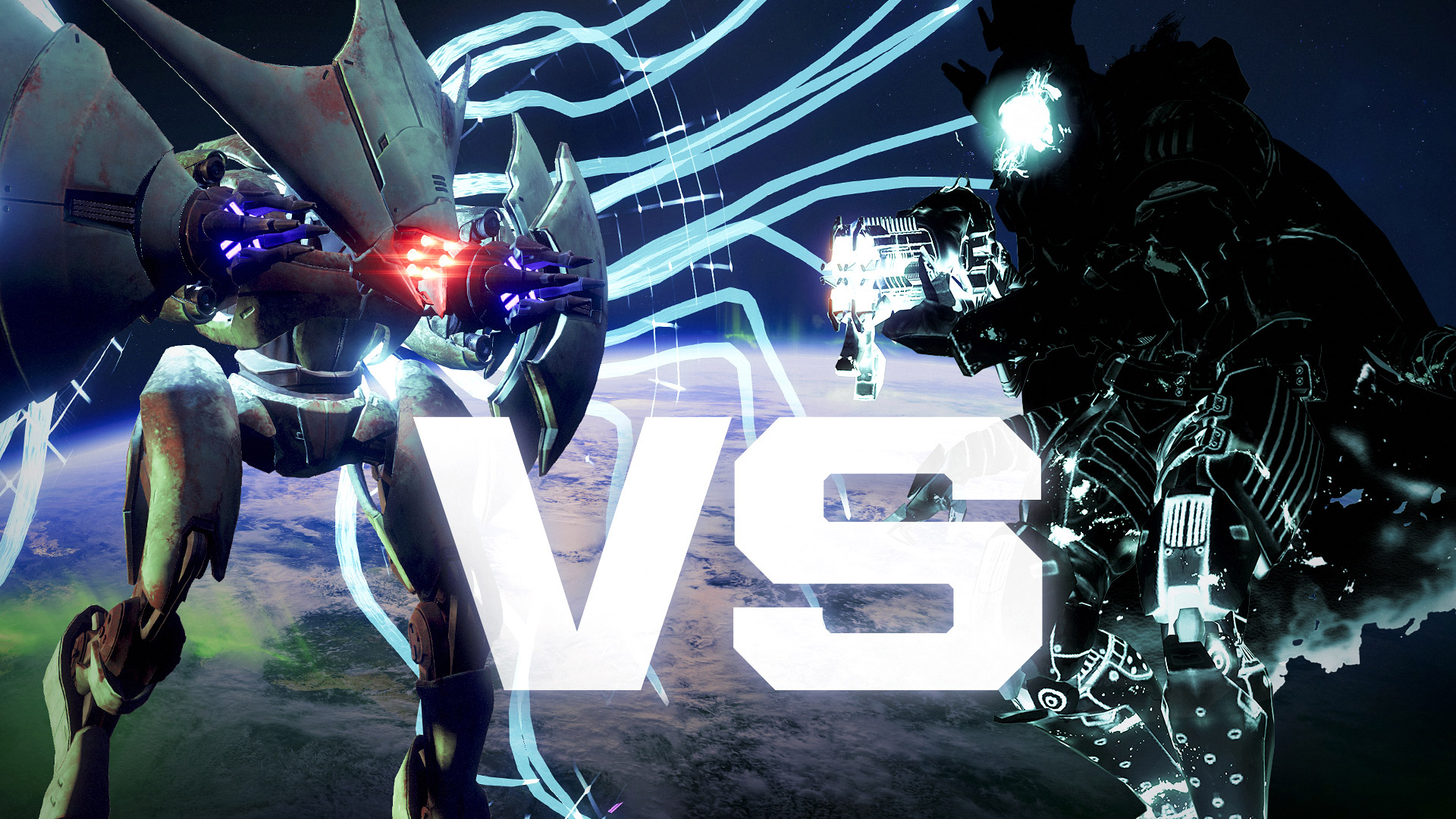 Go weigh in on the debate of which one of these enemies would best the other in ways of old.

GHOST IN THE SHELL

KNOWN ISSUES LIST  #HELP FORUMS  BUNGIE HELP TWITTER
Our team of player support experts are hunting down any odd issues and making sure fixes are being tracked and you are in the know on what we know.
This is their report.

On Tuesday, we released Update 3.1.1. This update resolved many issues, including:
It was discovered that this update caused last year’s Guardian Games Ghost Shells to get replaced with another Ghost Shell that would disappear when trying to be equipped. These Ghost Shells are currently disabled until we can resolve this issue in an upcoming update.

Update 3.1.1.1 will go live next Tuesday, March 23, at the weekly reset. Click here for a timeline of the maintenance windows and downtime.
Here is a small list of some of the issue being addressed:

Last Saturday, it was discovered that an issue with match re-joins in the Trials of Osiris playlist that we thought we had fixed earlier in the week didn’t fix the issue. With Update 3.1.1, this issue should no longer occur, so Trials is scheduled to start at its regularly scheduled time this week.

Let me tell you about this awesome movie I saw earlier this week. A guy was walking down the street to get some milk and noticed that there was an AMAZING donut shop nearby. He started complaining that he desperately wanted to head in, purchase 50 donuts, and eat them all in a single sitting.
It was a super low budget indie flick written, directed, and starring Dmg. Well, it was actually just Dmg taking the Community Team on a virtual grocery run to buy milk.  When he made it to the store, he went with whole milk, which I have to say feels like a bit much. I’m more of a fan of 2%.
[Editor’s Note: Whole milk is so much better.]
[Editor’s Editor’s Note: Dylan, stop editing my TWABs.]
Anyway, welcome to Movie of the Week. This is where we highlight our favorite community created videos for everyone to see. Here are our picks for this week!
Movie of the Week: We came down here as a Squad of nine...

Movie of the Week: Thunder Skip

one of my favorite strats to save time for titans. pic.twitter.com/rGnqKgnZR0

If your video showed up above, congrats on emerging victorious! All we ask is that you add your Bungie.net profile to your video.

Listen, I don’t know much about art and I’m pretty awful at making it, but I still appreciate the hell out of all the talented artists in our community who are inspired by the game to create really cool stuff.
We love showing off our favorites and we have more for art for you right now!
Art of the Week: Team Dino

Art of the Week: Plague

What if Exo tech was not the only one that was originated from Darkness during the Golden Age?#Destiny2 #Destiny2Art #DestinytheGame pic.twitter.com/vjcNEePtVX

Congrats to the artists who were featured this week. If your art won, please leave a comment to the original post with a link to your Bungie.net profile so we can send out your emblem.
We are getting deep into Season of the Chosen. Things are heating up and we still have more to come. Next week, a brand-new strike is going live for Season Pass owners. Prepare to face off directly against the Cabal as a champion of humanity.
<3 Cozmo