Mar 4, 2021 - Cozmo_BNG
This week at Bungie, we see you.
Welcome to the TWAB. If this is your first time reading one of these, welcome and thank you for taking the time. We write one every week to share important info about the game, fun stuff we’re doing on the side, and also highlight some cool creations from the community. We know there’s a whole internet full of dance videos and cats doing funny stuff, so we appreciate all readers, new and old.
Anyways, let’s get into it. We’ve got reports that Guardians are continuing to explore the Glykon, the derelict ship at the heart of the Presage mission. And this week, they’re claiming a new Ghost Shell for their efforts. We also introduced a new Tech Blog earlier this week. If you want an in-depth look at the nuts and bolts that make Destiny 2 tick, check out our write up on hunting down a hard to find bug that was affecting bounty progress.
The big buzz around the community this week has been players finding out a way to cram four fireteams in activities meant for one. We’ve been watching the 12-player raid hype and are glad you’re enjoying yourselves. We aren’t rushing out a fix for this and it’s totally fine if you want to try it out and have some fun. Just keep in mind that we didn’t create these activities expecting a clown car of Guardians to roll up, so you may experience some weirdness.
We are planning on fixing this before Grandmaster Nightfall's begin on March 16, but you are free to party up until the fix goes live.

I’m going to step aside and hand it over to our Women@Bungie Inclusion Club to share some things we have planned for Women’s History Month!

Women@Bungie: As we spring into March, we welcome Women’s History Month. It is a time to commemorate and celebrate the vital role that women have played in American history. The month of March serves as a monument to the successes of women and urges us to reflect on the critical strides that have been set forth through years of action and perseverance. Our Women@Bungie Inclusion Club will use this month to educate our employees of this history and pay tribute to the incredible progressives before us whose courage and devotion paved the way for a more equitable society. We look forward to sharing more about Women@Bungie and our internal and external-facing goals with all of you in the near future!
In a few short days on March 8, we will join the world in celebrating International Women’s Day, both a time for the global community to celebrate the social, economic, cultural, and political achievements of women, as well as a call to action to accelerate women’s equality around the world.
It’s in the spirit of this action that we are excited to announce the newest addition to our Diversity and Inclusion pin series, available for pre order now. As with our previous pins, you will also receive a new emblem to show off to your friends in orbit. Emblem codes for preordering will be sent out sometime later this month.

100% of profits from purchases of this pin will be donated to organizations dedicated to combatting the patterns of historic discrimination, harassment, and abuse of women as well as to helping women pursue careers in the gaming and tech industry. During the month of March, all profits will be donated to AnitaB.org.

We’ve heard feedback that enemies are a bit more “teleporty” since the launch of Beyond Light – especially now in activities like Battlegrounds and Gambit. We’ve noticed this happening as well and have been investigating.
There are several reasons why AI can teleport in Destiny, for example, we would rather teleport a boss that is stuck behind a door than have a player be unable to finish a mission. However, we believe that most of the recent uptick has been caused by new issues with some of our networking logic.
You may remember a TWAB from last September where we mentioned some under-the-hood changes we would be making in the 3.0.0 update and how we expected there might be bugs and side effects. One of the big changes we made is that previously we had two “streams” of network traffic: One for gameplay simulation stuff like AI, and another for handling activity stuff like playing music, showing mission objectives, playing dialogue, etc. With update 3.0.0 we combined this traffic into a single stream.
Think of it as having two highways for different types of cars, and then one day you close one highway and plan to have one wider highway to handle all the cars. Unfortunately, we underestimated how much additional traffic there would be, and we need to do some additional work here to add lanes.
Another thing adding to the traffic are the tons of Cabal enemies wielding flamethrowers in Season of the Chosen – especially in Battlegrounds. Continuing with the highway analogy, flamethrowers are like tanker trucks. They’re notoriously taxing and in this case are creating a lot of network usage. We have some improvements to their efficiency that should help, in an update scheduled for later this month.
As many of you have noticed, we created encounters chock-full of enemies in Season of the Chosen. We’ve heard that it’s super fun to take on large amounts of enemies, but spawning all of this AI quickly, especially in some of the Battlegrounds, may also be contributing to the teleporting issues as networking pipelines try to handle the load. Spawning enemies rapidly is like a big sporting event driving up traffic.
We’re working on improvements for how we handle network traffic and think it will reduce the amount of teleporting.  Of course we’ll never completely eliminate it, because player-facing teleporting can be caused by internet hiccups, but we hope to significantly reduce the frequency. We’re also looking at some targeted content fixes where enemies are spawned into a bad place and teleport because of issues with their pathing. 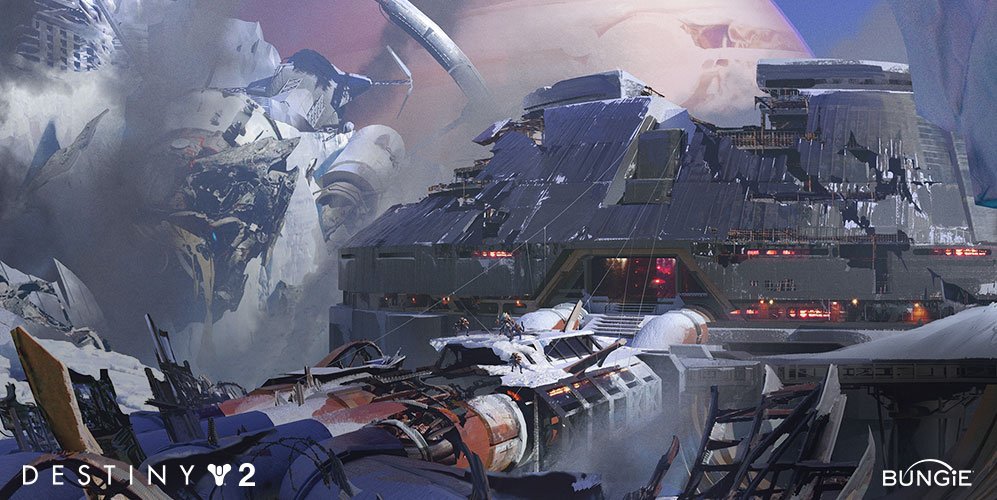 Yesterday, we fired up the streaming gear and showcased the Deep Stone Crypt raid. It was a great time as our developers provided commentary and behind-the-scenes insight while our fireteam battled through the boss fights.
Did you miss it? It’s OK. We saved you a link. Watch the whole thing here.
That’s not all. If you already watched the stream and want more, we published an article with interviews with the devs and an even deeper dive into the Deep Stony Crypt covering a few things we didn’t mention during the stream.
Go give it a read!
This was fun to put together and we hope you enjoyed it. Let us know how what you think and if you would like to see more of these in the future.

We’re rapidly approaching spring but are already planning for Festival of the Lost later this year. We’re excited to share previews of two concepts we have for Eververse which can be purchased for Silver or earned via Bright Dust. Check them out!
Movie Monsters VS Dinosaurs! Two larger-than-life legends battle for control over this year’s Festival of the Lost. The universe isn’t big enough for both of them and they have only one goal: Winning your vote.
Now you might be thinking, “Hey, that dinosaur has some pretty good policy ideas.” But maybe the Movie Monster charging towards you as you fill out your ballot is making you nervous. We get it, it’s a high-pressure situation. Now choose!
No matter who wins, there will be candy. 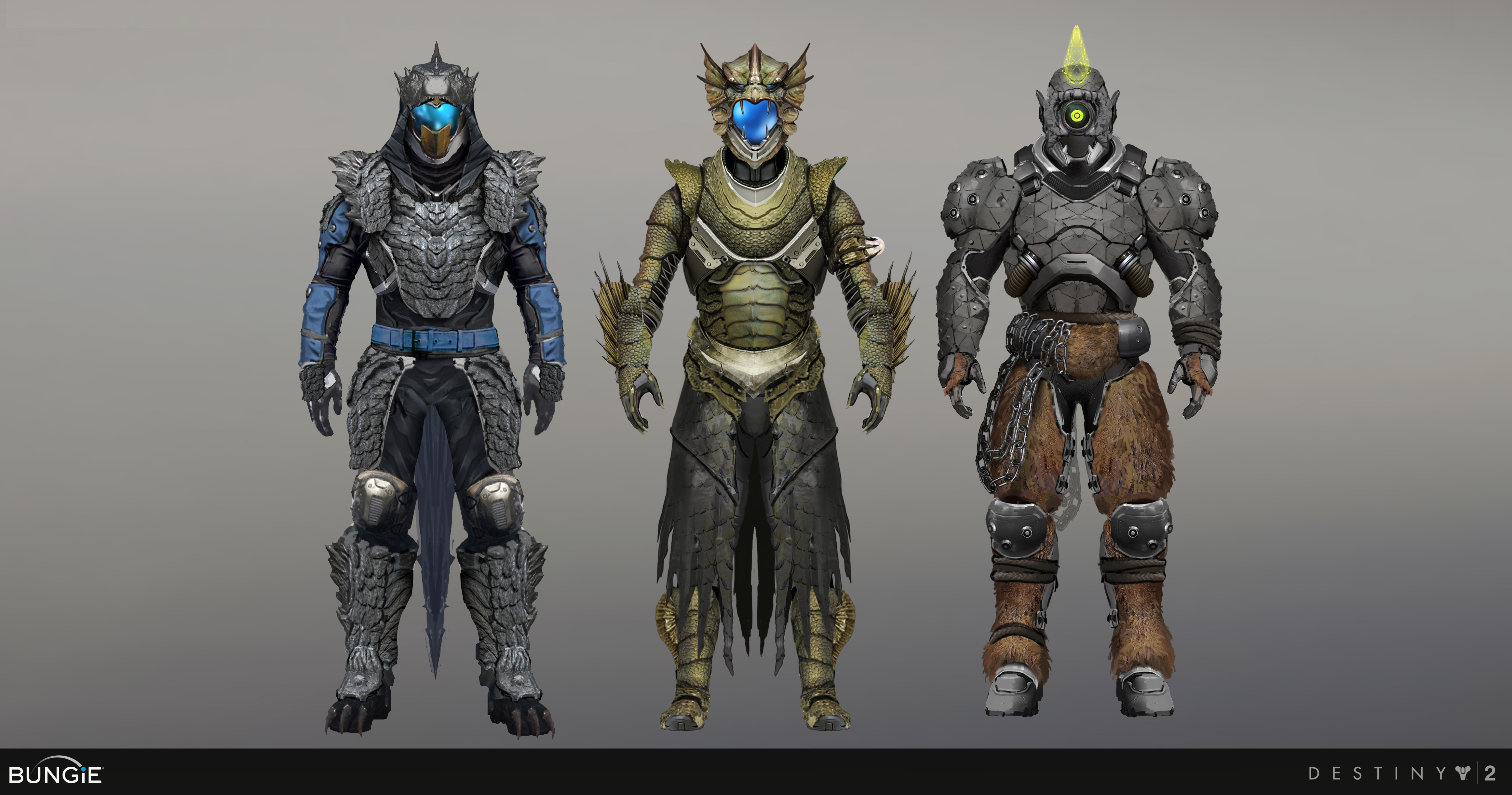 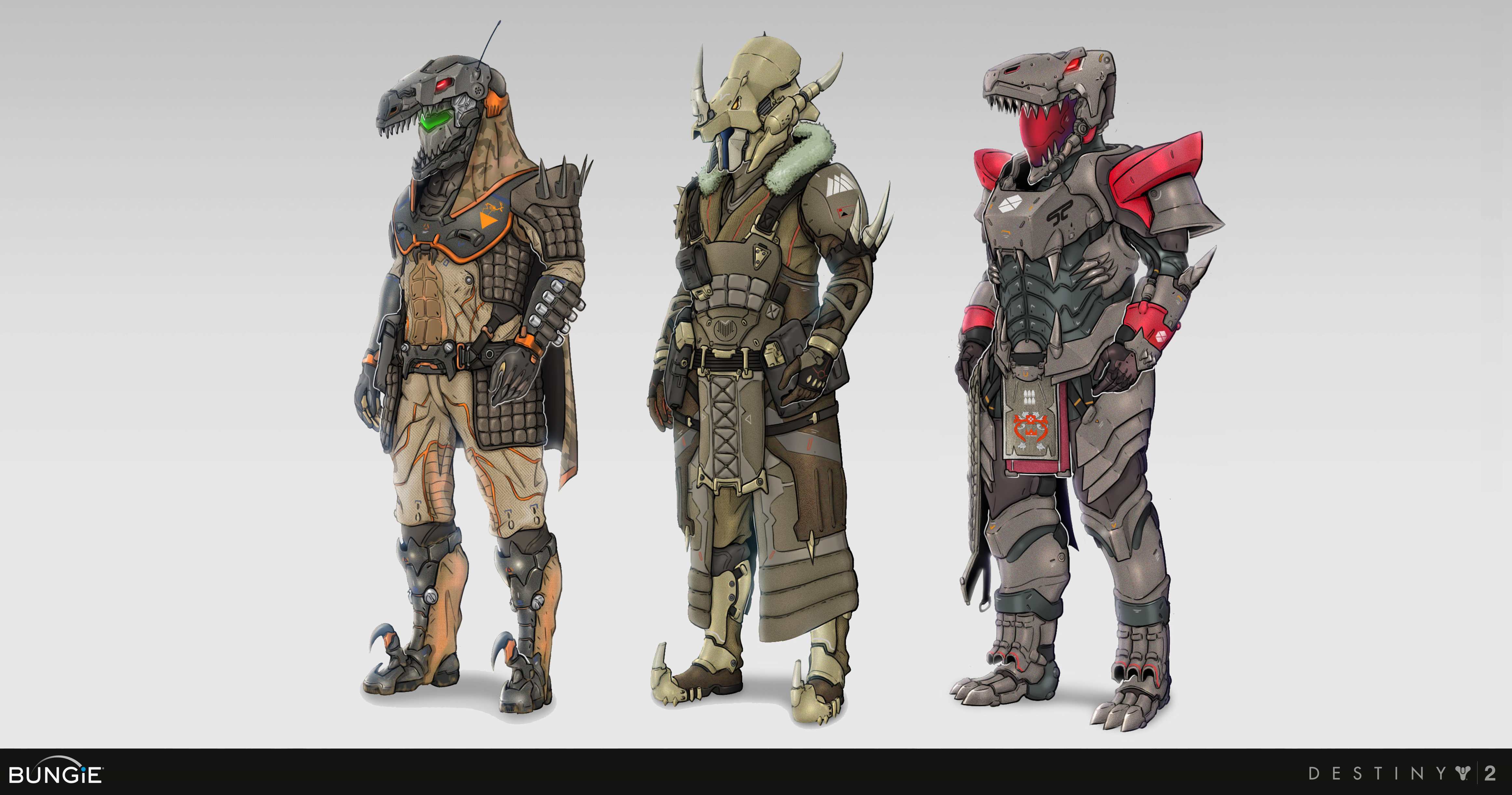 Both are awesome and we’re having a tough time choosing which one to use this year. We decided to give the community an opportunity to pick which set they like best!
To vote just visit this link and fill out the brief survey. It’s that easy.
Deadline for voting is 3/08/2021 at 6 PM PST. We will announce the winner in a future TWAB.

Last week, we added new rewards that are available through Prime Gaming. Sign up here and link your Bungie.net account. Once you’re signed up, you can claim your rewards by visiting Amanda Holliday in the hangar portion of the Tower. This month, we are offering an Imperial Ghost Projection that is tied into the theme of Season of the Chosen.
Here are the full rewards for this month!
Imperial Projection - Legendary Ghost Projection
Six Shooter - Exotic Emote
Warrior's Steed - Exotic Sparrow
The Oviraptor - Exotic Ship

We’ll be back with new cool stuff for you to claim next month with our next shipment of Prime Gaming rewards.

Here is our trusted group of player support experts with important information on known issues and upcoming fixes.
This is their report.

With the release of Destiny 2 Hotfix 3.1.0.2 earlier this week, an issue was resolved where The Light Seeker Triumph did not complete for players after they had found all weekly Feathers for the Bird of Prey quest. Players should be aware that this Triumph will not reward retroactively, and they will need to re-earn the Triumph for it to register on their account.

We're currently investigating an issue where owners of the Beyond Light Digital Deluxe Edition can't equip their Frozen in Time ornament for the No Time to Explain Exotic Pulse Rifle. We will provide more information when it becomes available.

When Beyond Light released, one of the changes made to Destiny 2 was the addition of the Quest Archive. This Quest Archive will hold any abandoned, lost, or uncompleted quests that are not in a player’s inventory. If a quest appears to be missing from the inventory, players are advised to visit the Quest Archive near the Postmaster in the Tower to see if the quest is available there.

Popcorn and a Large Soda

Alright, shall we see what movies are showing? For those not in the know, this is where we take some time to show off some of the cool videos that are created by our community each week.
Movie of the Week: Play of the Game

Movie of the Week: Explosion!

I can say with confidence that Destiny 2 is a beautiful game. So it’s not surprising that our community continues to create their own stunning art pieces inspired by the source material. We like to pick a few of our favorites to share with you every week. Here’s what caught our eye!
Art of the Week: Throne of [Redacted]

"Throne of [redacted]"
(Couldnt come up with a good name lol)

Art of the Week: Bow to your Empress

If one of these artistic creations was yours, you just won a special emblem! Just make sure you reply to the thread with your Bungie.net profile link so we know where to send it.
We’ve been having a ton of fun this Season. Big battles, spooky ships, good rewards, livestreams, and some big news dropping last week in case you missed it. And the Season ain’t over yet. We still have a few more beats for you including the new strike.
Thanks for playing.
<3 Cozmo