Sep 20, 2018 - A_dmg04
This week at Bungie, Power is enabled.
Lord Saladin has returned once more to host the Iron Banner. Power matters, and players are feeling it. Some who conquered the “Last Wish” raid are taking their newly earned rewards out for a spin, while others are completing their weekly challenges in search of powerful rewards.
Across the pond, we’ve deployed our away team to EGX! If you happen to be in Birmingham, UK, make sure to stop by. We have opportunities to meet the developers, and a panel that goes deeper on the creation of the Dreaming City. If you’re unable to make it, the discussion panel will also be streamed.

That’s not all that we have going on this week. We’re still in the midst of celebrating many players throughout the community who’ve taken on one of the most challenging activities in the Destiny universe to date.

On September 14, Petra invited Guardians from around the world to launch into the “Last Wish” raid. The race for World First was exciting as always, and Clan Redeem once again earned the title. This fireteam truly knows the definition of teamwork, as each member provided the skill and puzzle-solving knowledge to overcome the activity as a whole before anyone else in the world. We have a few words from their fireteam to share with you:

Clan Redeem: “Last Wish” was everything we as a clan could have wanted out of a World First race, and more: a grinding experience with massive ups and downs, incredible challenges, and a true test of mental fortitude. This was the first raid we’ve ever done in which we learned more than just mechanics. We learned about our own resilience, and that we would never give up, no matter how bleak the situation seemed.
Getting to the boss room almost six hours after other teams was demoralizing, and it had us on the verge of collapsing as a team. We knew this was the moment we had to step up or let the race slip away from us. We pushed through the exhaustion and started playing to each member’s strengths. We want to thank all teams that attempted the raid on day one; without your fierce competition, it wouldn’t have been as intense. A big thank-you as well to anyone who came out and supported us during this nearly 19-hour marathon. It means more than you could ever imagine.

Many throughout the studio were glued to their screens for the entirety of the raid, eagerly waiting for the first players to crack puzzles and beat the final boss. Some of us even stuck around in the Bungie Theater for 18 hours to track progress. Senior Designer Joe Blackburn was on site to verify the first completion alongside our analytics team. With the raid conquered, he’d like to say thank you on behalf of all who worked to bring this experience to Destiny 2:

Joe: Last Friday, we were excited to reveal the latest chapter in Destiny raids: “Last Wish” was released into the wild. After a monumental 18+ hour adventure, six Guardians slew Riven and changed the Dreaming City forever. To everyone who ventured into the heart of the Dreaming City, thank you. It was a privilege to get to watch players tackle the Taken scourge.
Whether you finish as World First or simply World’s Most Recent, we can’t wait for you and your fireteam to topple the last known Ahamkara. It takes a small army of very passionate developers to create content like this, and getting to see it in your hands puts a huge smile on all of our faces.
Until next time.

If you have yet to visit the Dreaming City since the Raid was beaten, these six Guardians have unlocked some new areas for you to explore. You can find a new strike, ”The Corrupted,” and the new Gambit map, “Cathedral of Scars,” available in their respective activity playlists. 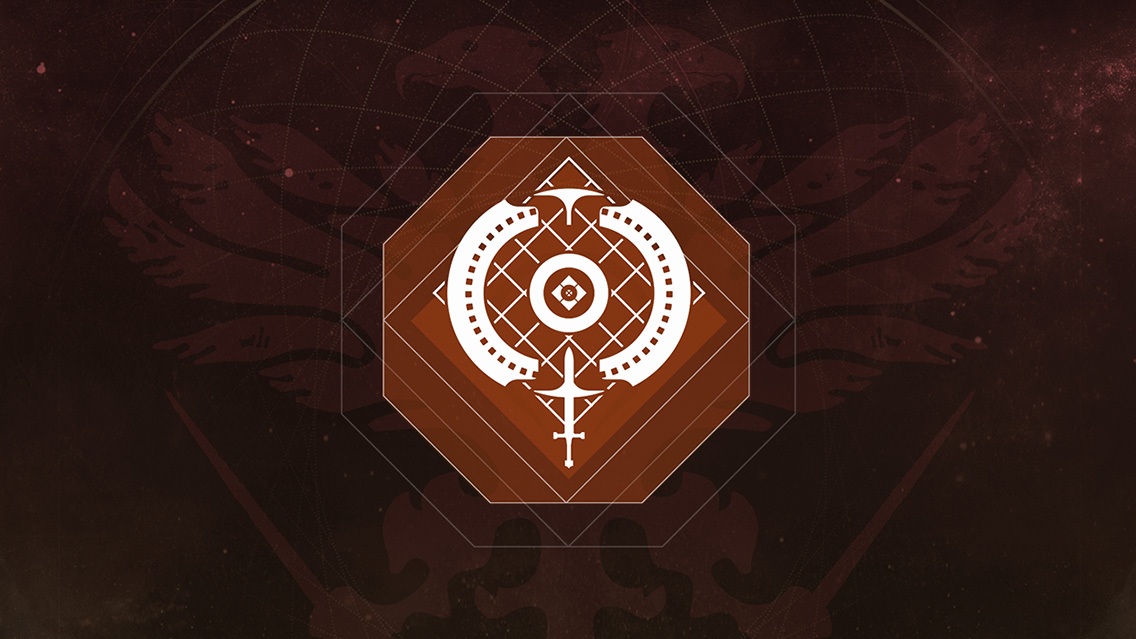 Starting Tuesday, September 25, the new Crucible game mode Breakthrough will become available to all players of Destiny 2. There will also be new maps that were crafted to complement this game type. Here’s a quick overview of how Breakthrough works:
At the beginning of each round, players will fight to capture a central zone. Once the zone is captured, your team will deploy the Breaker. As players work to deploy the Breaker, the zone can be contested, resulting in an epic tug-of-war between the two teams. Once the Breaker is captured, it will be used to assault and hack the enemy team’s Vault.
If you hack the enemy team’s Vault, you win the round. If you fail to hack the enemy team’s Vault within the round time limit, you lose. If you are in the process of hacking the enemy team’s Vault when time runs out, you will enter Sudden Death until you either hack the Vault, or the enemy removes all your progress.
First team to win three rounds takes the match.
Breakthrough will first be available as the Weekly Featured Playlist for the week of September 25. Then, it will be added to the Competitive playlist starting October 2. Owners of Destiny 2: Forsaken may begin to play Breakthrough in Private Matches on September 25 as well. 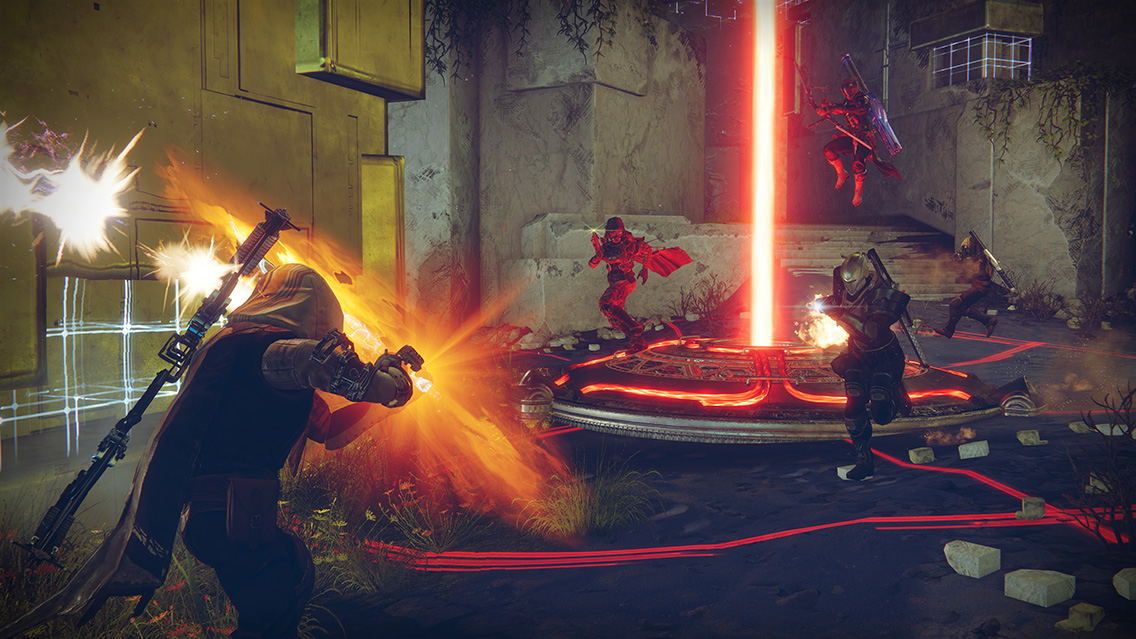 As for maps, here are some sneak peeks at what every player looking to deploy some Breakers might expect next Tuesday:
Equinox 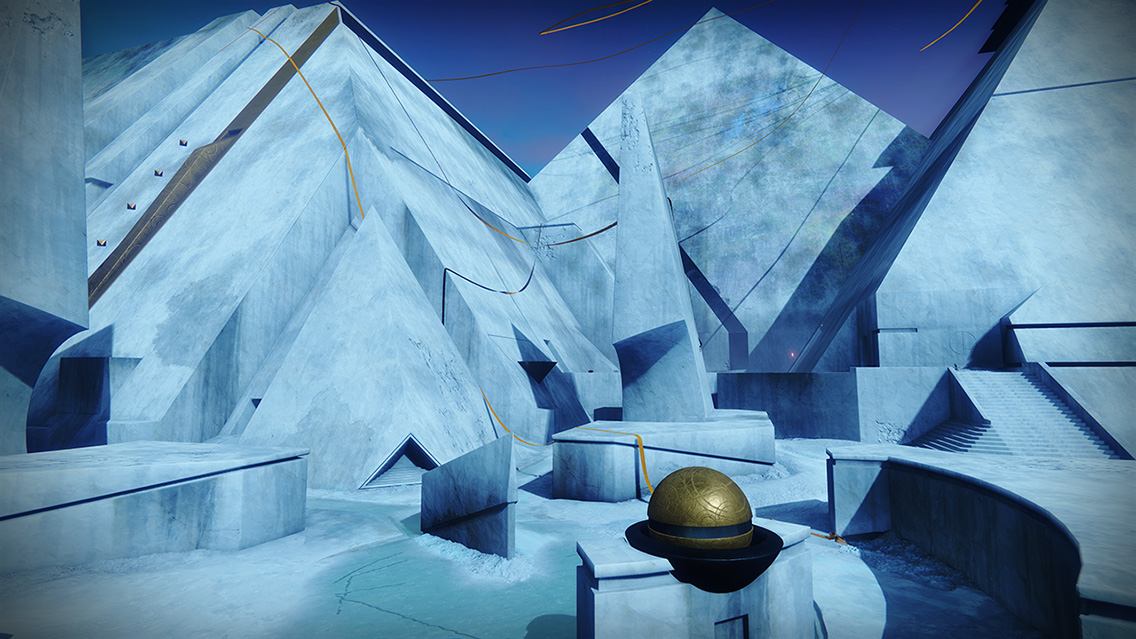 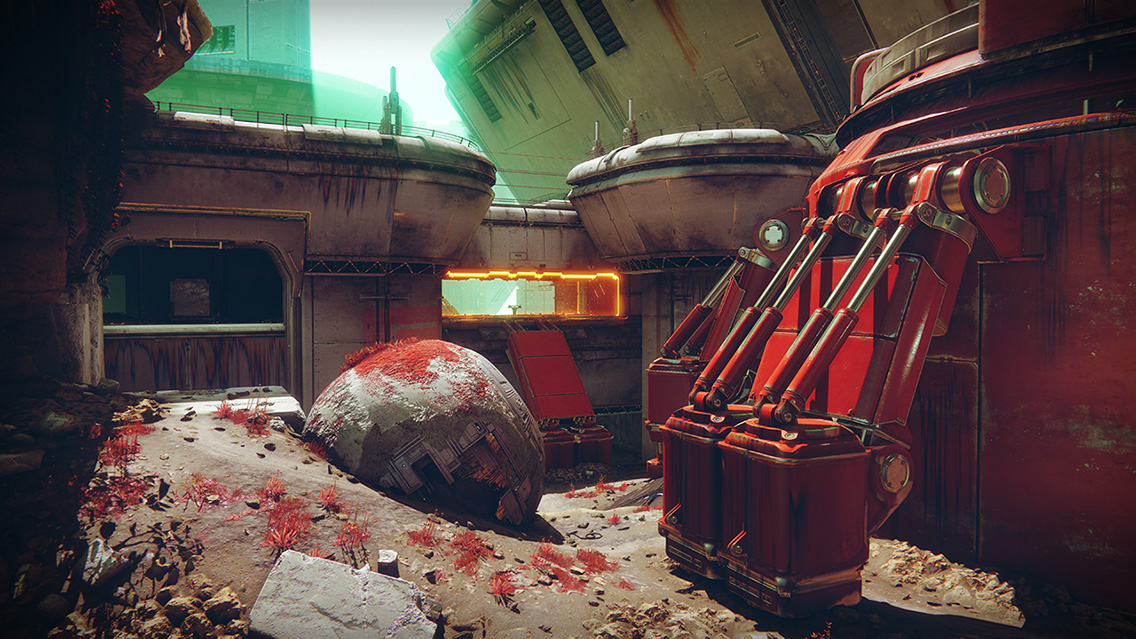 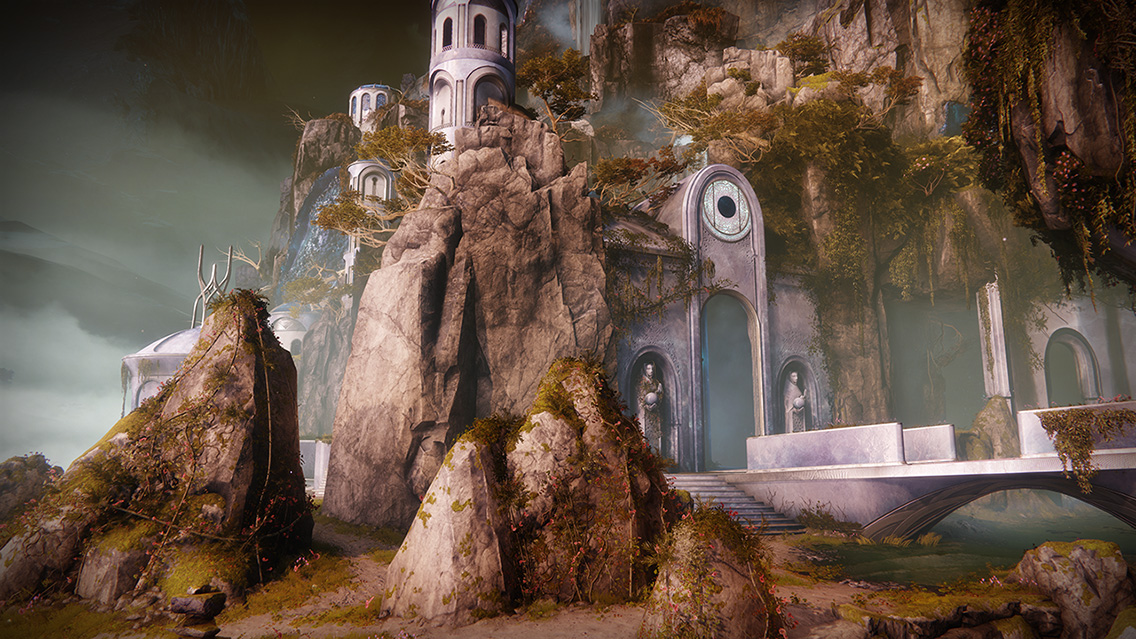 For those who have yet to play since Iron Banner went live, Convergence will also be available as a Breakthrough map. 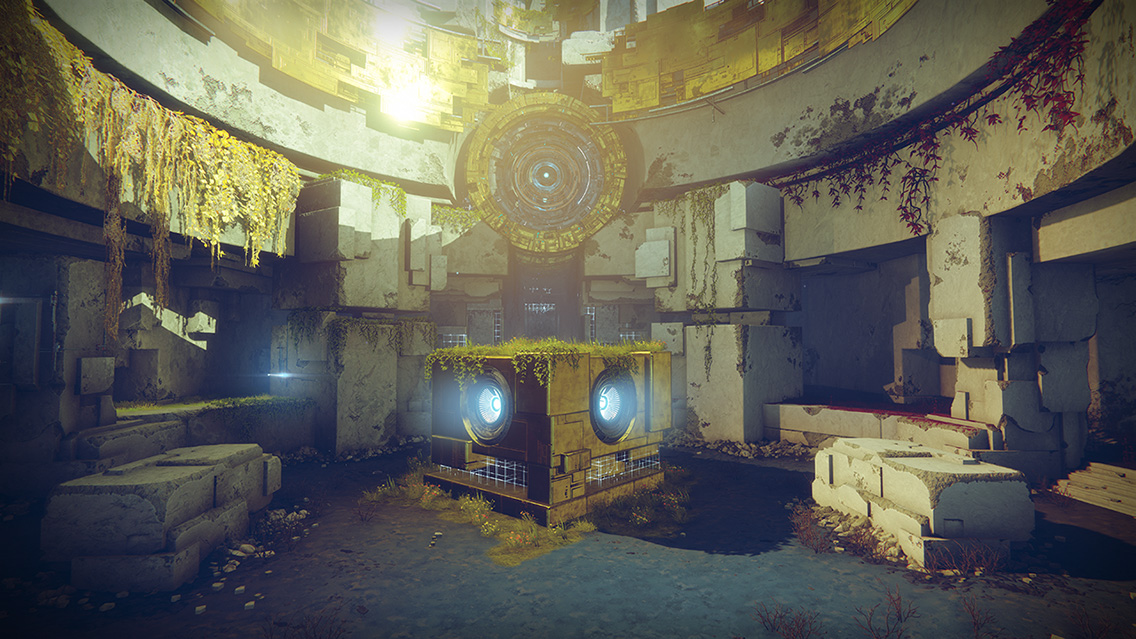 Players on PlayStation 4 will also have access to the map Gambler's Ruin. 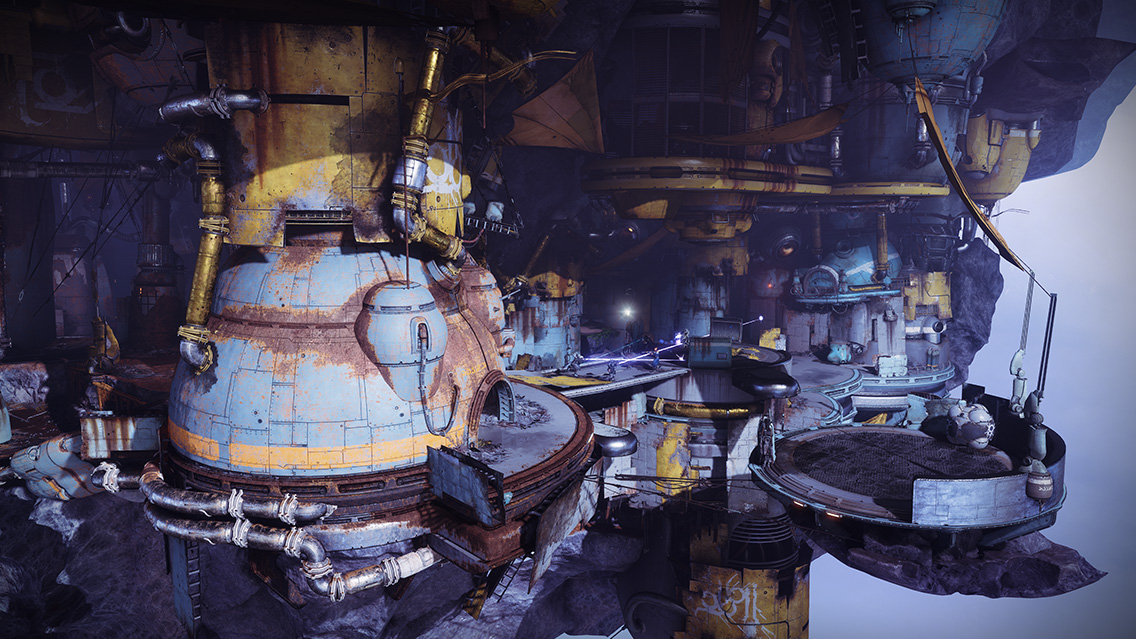 If you’re looking for something to do this weekend in Destiny 2, we have two offerings that may appeal to your interests.

If you’re looking for some pure PvP action without having to bank motes for the Drifter, Lord Shaxx is your man.

Double Valor will be available in all Crucible Playlists, including Iron Banner! Get out there and make Shaxx proud.

Over the last few weeks, we’ve shipped a few updates and hotfixes to address various known issues in Destiny 2. Just today, we released Hotfix 2.0.3.1 to address a few issues impacting rewards and Gambit matchmaking. Destiny Player Support is with you each step of the way, from the first report of an issue to the deployment of a fix. Read on for the status of current investigations, and more!

To see the full patch notes for these releases, players should follow the links below:

Iron Banner Rewards
With the launch of the first Iron Banner of Season 4, we have become aware of an issue where Iron Banner rank-up packages incorrectly display “Powerful Gear” as rewards.
It is intended that Iron Banner rank-up engrams award players with gear at the same level as other generic faction rank-up rewards. Only Lord Saladin’s “Unrelenting” and “To Be Precise” bounties are actually intended to offer powerful gear. We are investigating a fix for this issue for a future update.
Tincture of Queensfoil
As players have begun to explore the depths of the Dreaming City, confusion has emerged about the expected behavior of the Ascendant buff granted by the Tincture of Queensfoil consumable. Provided below is a brief overview of this buff’s behavior:

Players who believe they are encountering issues with behaviors not listed above should report them to the #Help forums.
Edge Transit
Since the launch of Destiny 2: Forsaken, we have heard player feedback regarding the aggressive drop rates of the Edge Transit Grenade Launcher. Our investigation has confirmed that this weapon is dropping more frequently than intended, and we are pursuing a fix for a future update.
For more information when it is available, please stay tuned to our Updates page.
Destiny 2: Forsaken Known Issues
In addition to the items listed above, Destiny Player Support is tracking the latest issues reported by players on the #Help forum. Provided below is a brief overview of the latest known issues in Destiny 2: Forsaken.

For the latest known issues as soon as they are available, players should visit our Forsaken Vital Information and Known Issues list.

The Good, the Bad, and the Ahamkara

How long do you need to wait after something’s been released to talk about spoilers? I guess it depends on what you’re talking about. If it’s a movie, you should probably wait a week or two. What about a Destiny 2 raid—“Last Wish” in particular? I’m thinking seven days is long enough. In any case, if you’re looking to go into the raid unspoiled, don’t watch the amazing videos below.
Movie of the Week: Four-Player Riven Defeat

If your movie gets chosen, we will give you a special Lens of Fate emblem in Destiny 2. To enter, just send your movie to the Creations page with the tag #MOTW.
You’re still here? I can’t believe it. With so much to do in Destiny 2 right now, I’m having trouble writing this outro. Challenges and powerful rewards are waiting, not to mention double Valor gains in the Crucible coming this weekend… including Iron Banner!
Before we go, we do want to take a moment to thank our test and services teams here at Bungie. We don’t usually like to give ourselves a pat on the back, but we wanted to thank everyone for coming in and kicking ass to get four updates out in the last 10 days. Without them, weekly challenges would still be in danger of Saturday resets, among other issues that snuck through the cracks at launch.
Have a great weekend. May your engrams yield wonderful rewards.
Cheers,
Dmg04