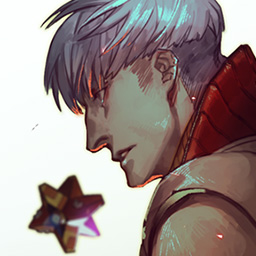 Solstice has always been one of my favorite times of the year. The grind was enjoyable, the elemental orbs gave me shiny things to pick up and go crazy with, the objective for upgrading armor/unlocking glows were very simple/easy to understand. This year felt much less fun and honestly felt like a step backward. It now feels like just another currency grind. Now we have 3 more currencies to figure out that ultimately lead to “Add even more currency and your armor glows!” Whereas before, the objectives felt more simple to complete. And unlocking glows used to feel rewarding. I felt proud that I’d unlocked white glows on my Solstice armor because they felt like pinnacle achievements to complete. “Complete X dungeon”, “Win rounds in Trials”, “Complete a Master Nightfall”, etc. all felt like challenging, yet attainable objectives that were simple enough to not feel like a grind. New Solstice feels meh by comparison. I didn’t feel like I’d earned anything when I unlocked the glows on my main character, much less making me want to grind hundreds more hand cannon and shotgun kills or playlist activity completions on the other 2 characters. As for the Bonfire Bash, I kinda dig it, but it feels like it was rebuilt to be more easily/quickly grindable. I very much enjoyed having a scavenger hunt at the end giving more loot based on the number of bosses you killed. It felt unique and iconic as opposed to more of the same “complete activity, get loot” type of stuff we usually get. TLDR; Old Solstice felt better, was simpler, and was more of a unique aspect of the game. New Solstice is more grindy, more confusing, and quite frankly less fun than it was before. If next year is the same as this year, I won’t be look forward to it and probably won’t even try for my glow. If they bring it back to how it was last year, I’ll probably be spending lots of time playing Solstice again.
English
#feedback #destiny2 #FeedbackD2 #GRIND #Improvement #solstice
評論 回覆 建立主題
檢舉