Jun 10, 2015 - DeeJ
This week at Bungie we’re packing our bags. We’re leaving! Never see this face again.
Until E3, that is. While you’re reading these words, our away team is prepping for launch. Our loot crates have been loaded onto skids for transpo. Set Destination: Los Angeles.
Just imagine the conversation that took place when we added this item to our shipping manifest... 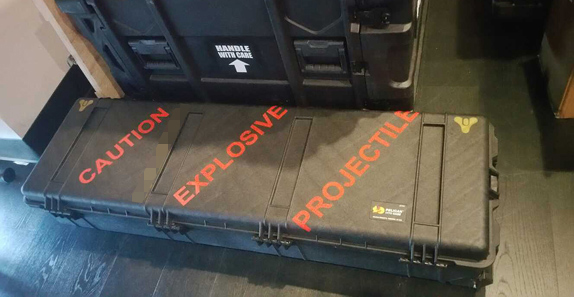 “Okay, so, uhhhhhh, we have one item labeled CAUTION EXPLOSIVE PROJECTILE, but it’s totally harmless. And, well, if you X-Ray it, you’ll see something that looks like [redacted], but we promise it’s not that either. Can you just trust us that it’s not dangerous?”
We know what you’re thinking: “What’s in the box?!”
These and other surprises are on the way to E3. Can’t wait to show you what we’ll unpack over the course of the show. While you wait and speculate, we have some news from the world of Destiny to hold you over.
A Cell from the Prison of Elders!
Twenty-two days ago, Variks invited the Guardians to test themselves in the Prison of Elders. In that time, 378,511 Fireteams have exacted their final victory over Skolas. Many others have tried and failed, and failed, and failed again – only to be sent topside, empty handed.
Everyone who has committed themselves to the fight has spent most of their time in the corners of his cell. 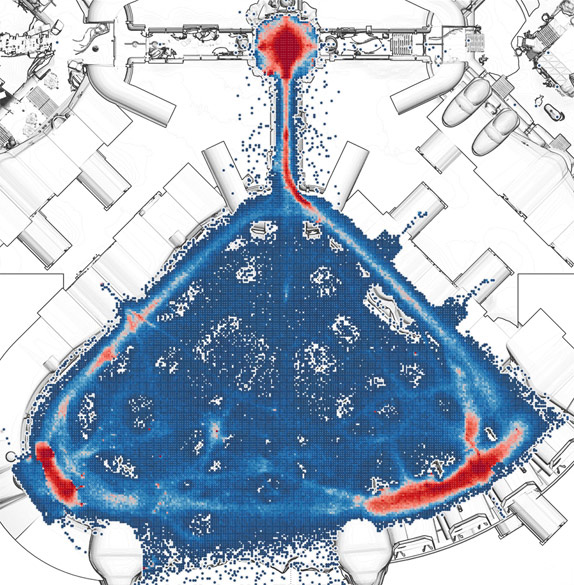 If you’re finding fugitive Skolas a little frustrating, you’re not alone. Some tweaks to the Level 35 Challenge encounter are in testing and on the way, primed for deployment in Destiny Hot Fix 1.2.0.3. Catchy name, eh?
The current outlook has it slated for delivery while we’re at E3. Don’t worry, though, someone from Bungie is always in the building, making sure you have what you need to play. Patch Notes will soon follow. They always do.
To give you some time to forge your new plan of attack, Creative Director Christopher Barrett is back on the community front to deliver a sneak preview of the details.

So, since the prison doors have swung wide, what’s been your assessment of the Skolas encounter?

CB:  Overall the team is very happy with how it turned out. It’s a unique experience that has some very interesting and challenging mechanics. However, there are some aspects that could be improved. First off, the elemental burns proved to be too punishing (being one-shot by tracking Arc fire for example). This makes it too tempting to rely on one common tactic (three Gjallarhorns on a Solar Burn). In addition, the difficulty swings too wildly from week to week and average playtimes are tracking much longer than intended.

What tipped you off that we needed to take a closer look at Skolas, in particular?

CB:  A lot of a playing! Internal feedback is always crucial. Forums like Reddit or Bungie.net, fan sites, and social media are invaluable resources for player feedback.

How do you intend to respond?

CB:  We want the Skolas encounter to be challenging and require teamwork, only in a more predictable way that doesn’t feel cheap. To accomplish this, we’re making the following changes to Round 6 of the Skolas Challenge:

In summary: Skolas is about to get a shorter life sentence. To ensure that he’ll still have a fighting chance, there will be some more skulls for you to juggle. Your battle with the final boss changes next week. Get in there are tell us what you think.
We’re listening – and watching, and playing ourselves.
Wishing You a Speedy Recovery
Just before the release of House of Wolves, we told you about a new feature called Connection Recovery. Check out the explanation for how we’ve preventing some disconnections from the game.
To date, Connection Recovery has rescued 1,419,600 Guardians from being kicked to orbit. We’re thrilled with the outcome, so we’re extending the feature for use in more activities. Keep an eye out for this prompt.

Give it a moment to do its work. This is your best defense against being torn from the action.
If you experience a success story, we’d love to hear about it on the forum.
Their Name is BNGHelp

Destiny Player Support has a fresh report from the #Help forum, where they hold court with people who are experiencing game-related issues.

DPS:  Over the past week, Connection Recovery events were enabled for Crucible, Patrols and Raid events. This means that more Guardians are staying in the fight, and not being returned to orbit with an error code. You can read more about Connection Recovery in the Help article.
We are aware of an issue were some players are unable to receive the ship from completing level 35 Arena Challenge in the Prison of Elders. We are actively investigating this issue.
Just a reminder, reforging a weapon that you have previously Ascended will remove the applied Etheric Light. The Etheric Light in question will not be returned to your Inventory and Ascension will be removed.

Is there something keeping you from playing the game or earning rewards? Tell us all about it.
Approved for All Audiences

The Destiny Community never sleeps. They span the globe, swapping tactical chatter in many languages. We relish their voices, no matter their native tongue.
WINNER: For being able to say Nova Bomb in Portuguese.

Honorable Mention: Not all Nova Bombs make a sound.

Man, I love heavy ammo. It allows me to do stuff like this. Of course, being on the receiving end sucks...

That’s all for this week. We’re saving our powder (and our EXPLOSIVE PROJECTILES) for the coming war. CAUTION!
Next week, the conversation will be dominated by E3. There will be news to follow, Guardians. The Bungie.net news reader is always a good moving target to track. Our Twitter account will get some love, too. Keep your eyes open for announcements.
There’s nothing left to do but flash our boarding passes and buckle our seat belts. You may want to buckle yours as well.
See you on the other side.
DeeJ, out.