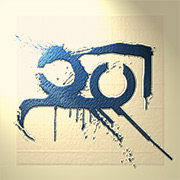 Destiny's environments are beautiful, thats something that has stayed true for all, what, eight years? of its existence, but getting immersed in the world is hard with the heads up display, player names, and the huge super, ability, and ammo meters. I have occasionally taken to only playing without my HUD when i have the luxury, but that requires certain builds to actually work, ie guns with in world ammo counters and armor visible in first person that changes when a super is charged. I think something that would be a great addition to the single player or small group side of the game and seriously improve how people admire the architecture that so much work has been put into, would be to add a minimalist version. A binary switch in the Gameplay settings that reorganizes the HUD, my main ideas are to shrink the ammo counter, only showing the active weapon, and be ultra minimal, think like Fallout 4's ammo counter, or, if it is a primary, Just a number, I think, additionally, that the melee, grenade, class ability, and super, should also be minimized, perhaps iconless bars organized in a standard sequence, one horizontal bar representing the super, or perhaps a less compact hud that likens back to destiny 1's, perhaps both could be options. I, doubly think, that status effects should perhaps only have their icon represented for more ubiquitous ones such as the colored subclass buffs, I also think things like current quest step and who is talking could be shrunk or excluded completely from the active hud. In world quest markers and player names would also be excluded. Essentially leaving the world as immersive as possible. In free roam patrol you would not immediately know the location of every guardian, enemy, etc, but only discover them once they physically come into view. Perhaps this could even change to only show the health bar, name, and tier of damaged enemies when ADSed at them. Boss healthbars will still need to be there, but maybe they could be shrunk too, and maybe even moved to a corner or something. I also think Radar could be minimized or altered somehow to be less intrusive, but to be honest, that is easily the most complicated part of the whole adjustment, and it could easily go completely unchanged and still be perfectly fine. And this all comes with one extra feature, when you call out your ghost, all the stuff visible in normal HUD reappears, active quest, bounties, player names, enemy names, ability and weapon interface restored. ETC. I would adore this addition, it would make some of the most beautiful places in patrol easy to really sink into and observe, could stand as an extra challenge, or enhanced HUD mode for players who no longer need all the detail, and just want raw info, say they have memorized their super, melee, grenade, and ability energy, or would prefer to explore organically. I would adore the level of functional immersion and this would especially cater to the experienced players -blam!- dont need- or perhaps want- to know when each champion spawns, or where to go next in the quest, or, like me, prefer to play alone when not required to play with others and dont feel like seeing '[623] Savathûn's Bathwater' pierce through the terrain and illuminate the sky when i am just sightseeing on europa.
English
#destiny2 #suggestion #FeedbackD2
評論 回覆 建立主題
檢舉