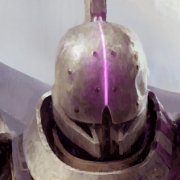 My 2 Cents on Iron Banner Rework

Well... This might backfire... After having played the IB Rift (primarily freelance but also a bit with clanmates) for about 5 days now, I'd like to give some feedback regarding the changes, not taking bugs and glitches into concern. 1. The Rewards and Accomplishments. Overall, quite lackluster. The only really new things to get are an Emblem and a Shader(which I gotta have!). Don't get me wrong, the gear is nice and all, but the origin perk is very circumstantial and the weapons themselves are not that spectacular when it comes to perks. I understand if it takes time to develop the gear for these types of things. The title was long overdue (as of this post I have just done the first reset required for the title.) The possibility of going around being an Iron Lord is all sorts of badass! 2. The Gamemode. I only came into D2 shortly after Forsaken, so I have not experienced D1 Rift and what came with that. It took a bit of getting used to playing a different objective than killing and capping zones, but that how it be for now. (If K/D elitists has an uncontrollable urge to look it up, my overall K/D is usually around 0.5 for PVP. I know I'm not great at it, but I have my moments) The 10 second respawn timer in most cases seems too long, especially when you basically have a team wipe and no one around. A shorter cooldown would suffice. Also, the transmat is nice and all, but the fade to black feels like it takes the game to a grinding halt before revving up again. The 5 to win ends up taking too long, especially if there's no mercy rule in place to mitigate this. The apparent mismatching of teams and subsequent blowouts does not contribute to the fun factor. Having matches frequently end with 5-0 or 5-1 to opposing team while it feels like you're being matched with 5 overfilled potato sacks is not a good feeling. Also, having Iron Banner being the testing ground for reintroducing new modes is an odd choice to be frank. Overall, it is a change of pace. In my case, a not so welcome one.
English
#destiny2 #FeedbackD2 #iron #rift #banner #critique
評論 回覆 建立主題
檢舉