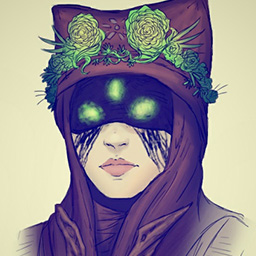 Hey, I hope your days are well Bungie employees! I am late to the game on this, but I’ve been thinking about how sad I am that there is such little footage of the Shadebinder in action. We got some random little action shots, but no actual gameplay. On the b-roll footage from the press kit, there were two whole segments of the Behemoth’s super in action (although I would’ve liked to see more than just that super, it was still a lot of footage) and there were complete Segments of gameplay for the Revenant kit (super, grenade, melee, AND finisher). There was no actual new gameplay shown for the Shadebinder apart from the same small segments from the Gamescom trailer. Those little footage chops released for each class’s “spotlight” were basically just adding insult to injury. I am just disappointed, it feels like the Warlock tends to be the afterthought. I’ve been considering switching to maining Titan, but I honestly just don’t have enough to go on because of the lack of ACTUAL gameplay for the Shadebinder. We didn’t see any super inventive abilities for them either, and meanwhile the Revenant got what Phoenix Dive should have been in the first place lol. I want to know if there’s anything super awesome waiting for Warlocks, if there’s anything super creative and powerful that’s truly set us apart from the other classes. But we haven’t even gotten real gameplay. I mean, the whole “freeze rift” thing just seems a bit lazy. It DOES seem like each class is going to get some class ability Aspect, but I’m just hoping to see more than this. Is there going to be another trailer at some point showcasing any of the new subclasses? I feel like I can speak for other Warlocks when I say we’d love to see actual full gameplay, especially in PvE, before Beyond Light ships. Thank you for your time and consideration. :)
English
#Bungie #destiny2 #FeedbackD2 #STASIS #cozmo
評論 回覆 建立主題
檢舉