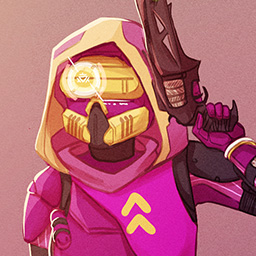 Bug: triumph for fully upgrading EDZ bunker to rank 7 did not complete

I'm having a bug where the triumph for fully upgrading the EDZ bunker is marked as incomplete, even though my bunker is > rank 7 (rank 9 because I tried to upgrade it further to see if that solved it). I think what happened is that the game doesn't register me claiming a pinnacle reward because I upgraded to rank 7 on my Titan to grab the rank 7 upgrade, but did not claim the engram because I thought I could grab it on another character. I switched to my Warlock, but there was no engram to claim, so I upgraded to rank 8 to see if the engram would pop up, but the engram was only legendary. When I switched back to my Titan, there was an engram waiting but it was legendary and not a pinnacle engram anymore. Bungie, how do we fix this? It's going to prevent me from claiming the title this season if not fixed. I doubt the daily or weekly reset is going to help. Thanks
English
#Help #bugreport
評論 回覆 建立主題
檢舉