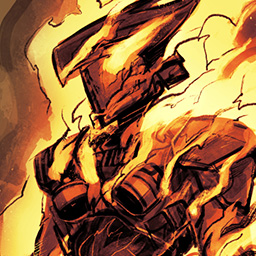 So about the boss phase of Garden of Salvation...

Am I the only one that actually hates this boss? Mechanic wise, it is absolute ass to try to beat. Tethers not connecting as needed, floors disappearing (have had where the boss kept destroying the same platform, like a front plate 3 different times), mote not registering when attempting to pick up. Not to mention the -blam!-ing frame drop on console. How is this fun? I mean sh*t I'm a D1 vet and I LOVED those raids. Only raid I had some kind of hate for was Taken King but eventually I got the gist of the Oryx encounter, and I started to like it. In D2, I've done Leviathan, SOTP, CoS, and Last Wish. This PoS raid is alright up UNTIL that last boss. It's literally one mistake = restart and pray you can get it. Not fun when you have to wipe because the glitchy ass tether system didn't connect to the second cross for extended damage phase, or because a mote dropped and upon trying to retrieve couldn't make their way back up or get pulled in time to survive and deposit. If the tether was not as f*cked as it was I think it wouldn't be so bad. I like the boss, the area, the premise of the fight, but the execution just made it such a hassle and such a -blam!-ing pain train that it just ruined it for me. Hell, the Consecrated Mind was a better fight and people found a way to cheese it, and that boss fight isn't even hard! I want to love D2, but the more and more I play, the less and less I feel like a Guardian. I know some people will just advise such things as "Get good with the mechanics and you'll get it," or "Find a better team," or "Get some friends loser!" I have been in 30 different raid groups some with clan mates, and some with randoms off of LFG. The majority of them did really well UP UNTIL that final boss. Then it falls apart because it takes too many tries, or because people can't tether and have ground to actually fight on, or because, again, the tether wouldn't cooperate to get the second cross to extend that phase. Raids should be a good experience. I mean, CoS had some problems but at least you could get a handle on the crystals, the adds, the blessing, and actually get somewhere during boss phase. With GoS, it's hoping a flawed tether system will help you, only to eventually find out it breaks the fight by NOT TETHERING LIKE IT SHOULD. Bungie. I want to love you. I want to play D2 without ever saying I haven't had fun. I loved the raids until this one. It's just an amalgamation of finicky bullsh*t that causes teams to break up. Consider this next time you come up with a raid. For the love of god, listen to us.
English
#destiny2 #FeedbackD2 #trash #GardenOfSalvation #sanctifiedmind
評論 回覆 建立主題
檢舉