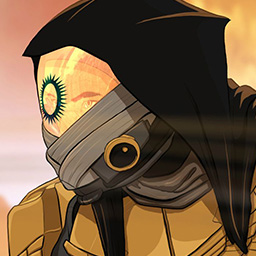 How the Destiny 2 PVE can be made better

Now we all know the last part of the Thunderlord quest came out today, and with it comes the mission in the Cosmodrome. As soon as I loaded into the mission, I realised how much the Destiny 2 patrols and other areas have almost no atmosphere. The Cosmodrome mission is a perfect example on how to fix this. The mission consisted of you, the player, push into the wall in the dark. Not to mention all the little details on the floor and walls, with the boss even crawling out of a hole in the wall which sets a creepy atmosphere. But this area has been copy and pasted from Destiny 1. I'm not saying Destiny 2 is a terrible game, I just think it can take some notes and improve its patrols even if it's by the tiniest bit. More secrets, dark areas, places you feel like you're not going to make it out alive. I'm not talking about lost sectors, though they are a start on this idea, but lost sectors are always the same thing with 1 boss just sitting there at the end and it is no trouble to kill him. I really hope Bungie could improve on this in future DLC.
English
#Endgame #destiny2 #pve #Improvement
評論 回覆 建立主題
檢舉