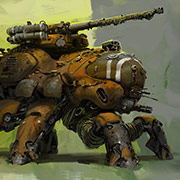 Convert it to a Solar Damage weapon

Keep it being an Arc Damage weapon

So maybe I'm alone in this but I feel like the Prospector should become a solar damage weapon. This isn't just a small plea because "my loadout doesn't work with an arc grenade launcher." No, I make it work. But the thing is that there are currently only 2 solar heavy exotics: Merciless and Sleeper Simulant (and sleeper isn't even as strong as it used to be). Still, that's not as important. The only reason I'm making this post now instead of before is that the prospector currently leaves burn damage which being an arc damage weapon doesn't make too much sense. It even says that "it sets the target on fire." That should be enough to convert it into solar. But no, let it compete with other arc weapons like Wardcliff coil, Darci, and Legend of Acrius which are literally godly compared to this gun. So let's vote on it so that Bungie sees this.
English
#feedback #pve #Solar #prospector
評論 回覆 建立主題
檢舉