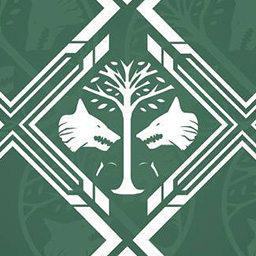 Hey guys, so ever since the launch of the Destiny 2 Beta, I have been in love with the opening scene where Ghaul takes your Light, it was an emotional scene, watching the Light being torn away from you and using your last strength to try and fight back and keep your Ghost safe before ultimately losing him. So I decided to write a descriptive story (If you want to call it that) about it, I really enjoyed this and will continue to write more scenes from the game, I tried to keep it as class and race neutral as possible so excuse me if it isn't too detailed in that regard. But anyway here it is, constructive criticism and grammatical corrections or any touch ups are greatly appreciated and welcomed. “How do we come back from this?” Your Ghost questions as you look at the City’s destruction, ships flying everywhere, gunfire and screams to be heard in the distance “You don’t.” echoes a booming voice from behind you. You turn around and face the voice, a large Cabal commander dressed in white armour, streaks of gold across the chest plate, clearly a leader of some sort. His face is uncovered save for his mouth, which is replaced by a triangular grate. He is twice maybe 3 times the size of even mighty Titans such as Commander Zavala, Shaxx even Lord Saladin. He is followed by two Cabal Centurions, ensuring that the fight will be tough. “Welcome to a world without Light.” He beckons you to follow his arm as it moves towards the Traveller. You notice the Traveller has a giant machine placed on it in a claw like fashion. Just then, a red shield erupts from the machine. You watch as it quickly encases the Traveller, sealing any entry and exit. “Guardian, something’s wrong…” Your little Light groans. At first, there is a sharp painful sting, and then as if your body erupted into flames, a hot burning sensation like one you have never felt before, as you watch the Light literally being torn from you, you feel helpless and weak at the knees as this domineering opponent stands before you, stripping you of your powers. After the burning subsides you feel a painful hole in your chest, as it tightens you feel this dull throbbing pain as you watch your Ghost drop to the ground and you follow suit. As you watch the Cabal walk towards you, you muster all the strength left to reach out and drag your Ghost away from him, clutching your Ghost close to your chest. He stops short of a few feet in front of you; you glance up to look at the enemy. “Do not look at me, creature!” He booms as he kicks you across the deck, you clutch your Ghost tight. As you lay on your back, struggling to breathe you hear the Cabal start to speak again. “You are weak. Undisciplined. Cowering behind walls.” He growls as he walks towards you again. You struggle to stand up and prepare to fight, pushing yourself up and ultimately falling back onto your face. “You’re not brave. You’ve merely forgotten the fear of death.” He speaks in a tone that would strike fear in even the hearts of Zavala, Ikora and even Cayde. As you finally grasp at the last bits of strength left within you and stand up to the white tyrant, he leans in close to you and says: “Allow me to reacquaint you.” Before he reels back and strikes you across the head sending you flying towards the edge of the ship. You clutch your Ghost as tightly as possible once more, but lose your grip and watch helplessly as he falls towards the Earth, you reach out to him hoping by some luck the winds will take him back to you, but alas, nothing happens. “Your kind never deserved the power you were given.” As you quickly turn to face the voice, he stares into your soul with eyes so red they could burn through your skull, and points to the Traveller. “I am Ghaul. And your Light…” his arm returns to his side. “…Is mine.” He extends his foot to your head. His foot is bigger than your helmet and as you try to fight back, your strength fails you and you sit there helplessly. With one small nudge, he kicks you down to the Earth. You race past Cabal and City ships, you spot people you know and would call friends being gunned down, you watch the Tower and the City below erupt into flames and chaos, watching innocent lives being slaughtered, as you plummet towards the Earth and black out.
English
#lore #destiny2 #Ghost #Traveler #ghaul #Descriptive
評論 回覆 建立主題
檢舉