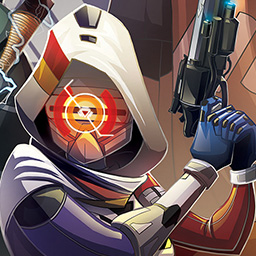 I just spent the past 4 years telling my friends to give D2 a try, but the price for entry always kept them at bay. We couldn't get onto the New Light hype train because of real life stuff, but we finally got around to it a couple of weeks back. We did The Red War, The Whisper and Outbreak Perfected together and had a blast. They started all sorts of exotic quests, and i kept them updated on what was going to be taken out when Beyond Light released. We didn't have enough time to play through Curse of Osiris or Warmind, but we at least knew it was gonna happen in advance. They told other friends about how much fun we were having and were planning on getting a raid group going. For the first time since D2 launched, we were going to make a strong clan and play together like we did back in the Borderlands 2 days. It was amazing. I had lost all hope of that happening. And today, not only did the 4 planets go away with all their exotic quests, but so did the ones that had nothing to do with it. Outbreak Perfected is gone, despite being on Earth. So are the Forges, the Menagerie and the Hall with Bad Juju. All were on Earth or Nessus, which are still there, so why take these out ? All my friends think it's a targeted attempt at removing all incentives to play for free to force them to pay. Most of them were willing to get Beyond Light once they'd have gotten their F2P stuff done, but all their progress was just... erased. I was on Truth's last step, which requires kills in any nightfall. Nothing that requires sunset content. The quest disappeared from my quests tab, and now it's on sale at the tower and is gonna cost me an ascendant shard and exotic cipher to get. So much for getting the quest 90% completed. A bunch of other stuff my friends were doing, so much of their time investment wasted. They have nothing left to do but roam aimlessly in patrols, strikes or PVP (which they don't like) or pay. Ok, now let's move away from my group of friends whose potential sales you threw in the trash, and look at the bigger picture. Everyone's been complaining about Eververse for the past 6 years. What would a premium 60$ game with yearly 40$ expansions and tri-yearly 15$ season passes need a cosmetic shop for ? Everyone rejoiced when you went F2P because not putting any barrier to entry and then letting players buy stuff from the shop if they wanted was FINALLY a fair monetization scheme. Now, i get that the game is much more expensive to develop and maintain than the average F2P, but that's what the expansions and season passes were for. They're still there, expensive as ever. But now, you keep the expansions and season passes going AND you keep the in-game shop while ALSO halving weekly bright dust gains and removing everything fun from the F2P experience ? Not ANY story content, dungeon or exotic quest left, even those that weren't part of sunsetting content ? Did Activision secretly take back the reins, or were you this greedy from the start ? I COULD tell you i told my friends not to buy anything from you, but that would be a lie. I'd rather have them line your pockets if it meant i could play with them on a game like this again, but nothing i could tell them now would change their minds. You kicked them in the teeth with this update. And you expect them to pay you ? For thanking you for wasting their time, promising a F2P game when it's no more than a couple PVP gamemodes and repeating missions without the story content to give them context ? A husk of a game whose only purpose is baiting players into greyed out menus with "purchase content" buttons on top. And we're back at even worse than square 1 ? The same premium business model with a cash shop on top, which now relies on season passes to acquire the free currency, making it that much less accessible ? Is it worth sacrificing every potential player that was on the fence for the past 4 years ? Confirming Destiny 1's poor first impression in all their minds ? Losing the veterans that still stuck around to play with their New Light friends ? And for what ? More disk space for your players ? Can we at least have an explanation on this move, because obviously "more disk space for players" really doesn't cut it right now.
English
#destiny2 #FeedbackD2 #f2p #sunset #Dcv #sunsetting
Комментировать Ответить Создать тему
Пожаловаться