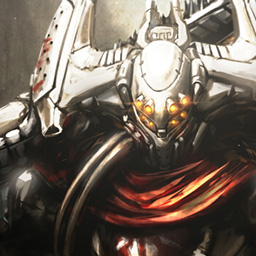 Archon Oradon
1.(Theory)The Fallen Whirlwind was like our Collapse, and Oryx, no matter how Powerful he was, couldn't cause that Type of Calamity(Yes he committed Genocide on countless other World's).Oryx got to the Fallen like just After the Traveler and Pyrimid ships left. 2.The Collapse or Whirlwind in Record was only ever caused by the Pyrimid ships or The Darkness. *Now, It's in Theory That Oryx caused their Whirlwind, but it's also Possible at Account 1. The Fallen themselves of what I found, don't even know who caused thier Collapse. As it happened like a thief in the Night. 3.Yes Oryx followed the Traveler, but he never got close enough, always missing it. That's why Crota was on the Moon, he Finally found it and got killed before he could launch an Assault. 4.Yes I believe Eramis knows that we Defeated Oryx, who doesn't? Any way... Ya. 5. It's hard to understand these types of lore, when there opened up to Speculation. Never giving an Exact Answer. 6.(Logic) it'd make more sense if * was True, why then waste your Time with Fallen if the Traveler was literally that close? 7.(Most Possible Outcome) In the Lore, after thier Whirlwind, after sometime, Hive ships then began to Drop down. It is possible that At Account 1 Oryx got there to late and Decided to commit more Genocide as the Worms need Death to Survive. Anything is possible I guess 🤷
English
Комментировать Ответить Создать тему
Пожаловаться