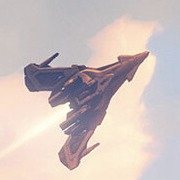 Entry 1.10: That brings us to now. Not right now though. Even though Linx healed me once he got to me, I was still out for a couple of hours. I'm not that surprised though considering what must have been roughly a minute for everyone else was about two weeks for me. Again, if someone has found this notebook, don't ask alright. It felt like a long time. In about five minutes I've got to go get a new hand installed. For some reason ghost can't regenerate my hand. He says it's because I've encountered something that can't interface with the light. It's probably something to do with the whole breaking reality thing. I don't mind though, I'll ask if they have any hands with built in laser blasters! I spoke to Astra for a little bit but she had to go speak with Ada-1. I imagine she'll be having quite the heated conversation with her considering she hid the fact she was a light wielder. I'm sure she won't be to harsh on Astra though since she doesn't hate us light users now but I can't imagine she'll be all hugs and best wishes. As for the Stasis wielders, Astra said they were talking about how they had to go and finish what they were already doing before they decided to stop and help the two of us. They left their best wishes which was nice but there was still so much I wanted to ask them. There was so much I wanted to know about their powers. As mentioned earlier though I have to go get a new hand so I'll be ending this here. After that I'm going to go find Astra and take her back to the ship to do some "repairs" and other things. We've got to go recover all the stuff that fell out of the ship but I might just ask a friend to do it as a favor. I'm not entirely sure yet. All I do know is, the bad times, everything that is thrown at you, there's a reason for it. You'll understand that one day, maybe you'll even tell someone else that very same thing. Ending it on a cheesy but true note. ---- Signing off for now ---- ---------- Hey. If you read through this all then Thank you so much. I have the personal goal of one day, hopefully being able to write the perfect story. This is one part of getting there. If you want to, feel free to comment and leave some thoughts, it'd be appreciated but you don't have to, obviously. If you have read this entire series then from the bottom of my heart and even beyond that, Thank You!! I've left my twitter in this post incase you want to hear about future projects and/or just see more of me. Have an amazing week!! You can find the previous part here: https://www.bungie.net/en/Forums/Post/257092827 You can find the next part here: REDACTED REDACTED REDACTED My Twitter can be found at: https://twitter.com/Vepkhia_D2OW
English
#lore #destiny2 #fanfic #destinyau #Finale #celestialstorm
Комментировать Ответить Создать тему
Пожаловаться