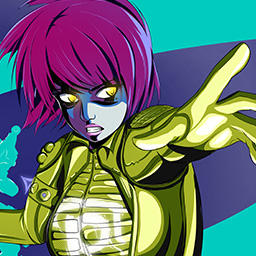 Can we get rid or change the ridiculous stomp mechanics on (mini)bosses?

It's one thing to give bosses and minibosses a melee attack to fight Guardians that get too close. In fact, I'm all for that because there should be some risk with getting too close. But seriously, why does practically every boss and/or miniboss have some goddam sonic stomp that sends you flying several meters away? Even the Overlord Hydras on the Moon have some sort of electro-fart that sends you away, and they don't have legs! I'm assuming the point was to reduce the effectiveness of swords, shotguns, melee supers, etc, and I understand that they can be pretty strong if specced for it. However, the knockback is so reoccurring that it feels unrewarding, and often plain obnoxious, to use close ranged weapons/strategies because there is apparently a lack of efficient melee combat for large enemies. We already have a select few bosses that allow melee/close ranged engagement, and they're actually more engaging than most other enemies because there's more potential strategies to experiment with. Could we please have something done about this overused boss ability, either by changing current bosses, making new ones that are more efficient with melee combat, or something else? I'd just like to be able to diversify my loadouts more when fighting the big guys without them yeeting me against the wall or off a cliff just for using a close ranged weapon; that's what the Phalanxes are for.
English
#destiny2 #FeedbackD2 #Melee #bosses #miniBOSSES #weapon_diversity
Комментировать Ответить Создать тему
Пожаловаться