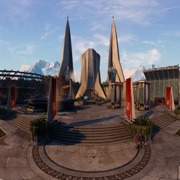 I KNOW I played during the Laser Tag event

Bungie just released the laser tag emblem for playing the first weekend during Osiris when Prometheus lens could kill in less than a second. I know I remember playing during that time on my PS4 account; because I remember Prometheus lens dropping for me and I went into crucible with it, and it was the most fun I had in crucible in all of Destiny 2 at the time. I also remember Xur selling it so trials of the nine wouldn’t be ruined for the weekend; and I also remember not buying it from him because I already had the weapon. I’m actually kind of upset and don’t really know if I can get the emblem still.
English
#Rewards #destiny2 #tag #laser
Комментировать Ответить Создать тему
Пожаловаться