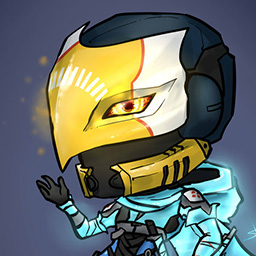 Hunters is to OP in Crucible

This is a frustrated feed target to the class hunters. I have play destiny in many years now as warlock and I have only one character because I think it's already to much to do on one avatar. And I play alot of Pvp everyday. But one thing who annoys the -blam!- out of me is that hunters is to -blam!-ing OP. I think 80% of people I meet in pvp is hunters. Hunters have the ability to throw blade barrage trough the walls or hiding area. Warlock can't throw Novabomb trough walls! They are fast, also dodge alot of bullet and when you think you have them with few life left they just dodge away and hide. Why can't the rest of the other classes have the same dodge ability atleast. It so unfair they have the chance to run away but we can't do it in the last second. They also have invincible cloak you can't see them. And they super are much more longer then Titan and Warlock if you look away from the golden gun ofc. And if salty hunters think «oh, he suck therefore he post this» or «why dosn't he make a Hunter class» No! That is not the case and I have used alot of time on the Warlock and I like the class. Why do you think so many chose hunters. It's the fact. Hunters are on the top of kill score most of the times. And it seems like Bungie favored them. So Bungie this is a message to you! Either you make a own pvp only for hunters, so Titan and Warlocks can fight toghether on the same level or you nerf some of they supers, remove they dodging or give us also dodging. Right shall be right for everyone!
English
#destiny2 #FeedbackD2 #hunters #Crucible #Lethuntershaveownpvp
Комментировать Ответить Создать тему
Пожаловаться