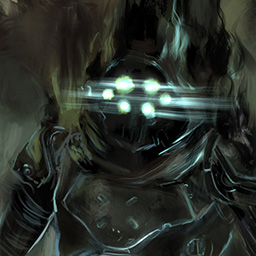 WARNING - This post is really long, like, REALLY Long. I’m pouring out my thoughts here and I know half you guys care about as much about that as Activision cares about player satisfaction but I’d like to know your guys’s opinions on the subject. Please try to understand I WANT D2 to succeed, I do. I’ll be honest, I completely missed the first two years of Destiny 1. When that game initially released a bunch of my friends and many online sources were saying the game wasn’t that good. Because of that I ignored it. Then, I managed to get my hands on The Taken King Edition in Spring of 2016. (I found the ToysRUs receipt in the case, lol) A few buddies helped me through the game and I was in awe. The Destiny universe caught me, I was loving the gameplay, googling over the many cool armors and weapons, and enjoying the time I spent with my friends. I was hooked enough to buy the Rise of Iron and I enjoyed everything it came with. (Though I did suck a LOT in the raids). Then Destiny 2 was announced. It was a surprise to me as I thought “10 years game” meant a World of Warcraft scenario. I was a little pissed. I spent time and money (all be it very damn little in comparison to the OG Destiny fans from Day 1) and I was now realizing it was all for nothing. (I couldn’t comprehend how pissed those OG guys must have been, 3 years for nothing, damn). One of my buddies, a true Destiny fanboy then told me some possibly logical reasons why a sequel was needed. The biggest was that the devs at Bungie we’re having a hard time working with the game engine that they’ve been using. I accepted this as a good reason and decided to give Destiny 2 a chance. I was not going to be late to this game, not this time. Then Destiny 2 hit and it’s been almost universally hailed as a damn train wreck. And seeing what’s changed since D1, the “haters” are pretty far from wrong. The lack of content here is astounding, the removal of certain aspects (LMGs) is puzzling, one time use shaders are enraging (I mean, come one, who thought THAT was an okay idea?), Crucible TTK is insane (WHY!?), Loot having the same stats is weird (kinda ruins the grind), and apparently the whole “D1s engine is too difficult to work with” went unaddressed because D2s engine has the same issue is just straight up -blam!- (Don’t even get me started on the whole “D2 went through the same start from scratch halfway through development” stuff either). It’s clear to me that some weird as -blam!- shit is happening at Bungie. I understand that game development is one of the most complex things to do in the entertainment industry, but why is it that you guys at Bungie are seemingly making things MORE difficult for yourselves?! We’re around 6 months into the game and the community is dropping off like flies. No one is satisfied with the game (if you are satisfied then damn I wish we all could have your standards) and with Bungie’s REALLY SLOW response time to the issues D2 faces thanks in part to the games engine making implementation difficult, the game doesn’t look like it’s gonna make it. However, I’m not here just to berate the devs, you guys have done some great stuff. I love the way you guys are rolling off with the ornaments (I wish some of them actually changed more stuff on the armors but hey, love em still!), I like the fact you guys are trying to let everyone experience raids with the clan Matchmaking system, and I love the new models that weapons and armor have (those modelers do a damn good job). I want you guys to succeed more than anything, I want to enjoy playing the game, but you guys are holding yourselves back. This is what I think needs to be done. (WARNING MY OPINION - BRACE FOR DISAGREEMENT). - Get some content in here, give players a reason to want to play the game. In the current state of things there isn’t much to go for. (Though DLC adds to this, CoO did little than give the game a few days of grinding for the new exotics and forge weapons). - Allow infinite use shaders and get us some new cooler ones. Nobody asked for onetime use shaders and the rage it has caused should have sent a clear message. Also, add new cooler shaders, like, what happened to the glowing shaders? There are no glowing shaders and that boggles my mind! - Reduce TTK in Crucible. Seriously, almost everyone left here has been asking time and time again for this, don’t beat around the bush, reduce it for God’s sake. - Figure our an easier way to implement content. This is what is holding you back the most and you are suffering because of it. I know it won’t be easy at all to find a solution but at least you should try! - Finally, listen to feedback. I know you keep saying you are but from our perspective it seems you aren’t paying attention. These issues I’ve listed are just SOME of the commons complaints of your game. Yet, almost none have been addressed, or they were addressed poorly. Know I want this game to be good. I want to tell my friends it’s a game they should pick up. I really hope Season 3 and the 2nd DLC will add some new stuff that will blow people’s socks off. I hope (Really) that maybe this next season could end the games decline, and bring back on top. I wish you the best of luck Bungie, and understand that most of us have faith in you, but you need to have faith in yourselves. Thank you.
English
#Endgame #destiny2 #Crucible #ttk #engine #shaders
Комментировать Ответить Создать тему
Пожаловаться