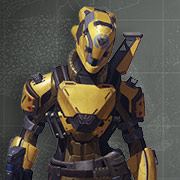 Something Ive noticed about Raiding

Maybe its just me, but it seems that there is a diffference in mindset concerning how to get things done among different age groups. With all the raiding and just team nightfalls and strikes I've done, I've noticed that the younger crowd tend to think less, and be more gung-ho. Of course no one wants to wipe, but I've noticed that kids and such tend be far less logical whem it comes to raid mechanics hoping to be able to clutch an encounter instead of just running it efficiently to kill the boss. I'm struggling a bit with my words here, but even in PvP there is less concern shown and more individual glory seeking than should be...more bragging about insignificant little details that have no bearing on the situation at hand or the end game. I've had to tell a few kids repeatedly to stop running to grab the siva clusters if you had a canon but I always got a hurried excuse back. Of course this applies to people of every age group (not targeting the youngsters) but its just an observation. Tbh I play with a few 15 years olds who are more methodical than adults.
English
#Destiny #Raids #oryx #trolls #squeakers #aksis
Комментировать Ответить Создать тему
Пожаловаться