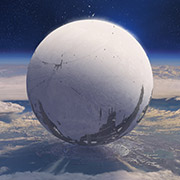 Wow it really is pretty iffy, a friendly critique.

Just took a shot at some crucible seeing as how there are two pvp events coming up and bungie doesn't now how to create events that aren't pvp based. I usually take the salty tears and complaints with a grain of sugar (any more salt and I would be hospitalized) but you know what pvp really is pretty iffy right now. I'm not going to sit here and use buzz words like broken or unplayable because that would be an exaggeration. If you are like me and refuse to conform to popular metas then yes your going to have a hard time and no you will not win many matches. I pick weapons that I like that fit my play style and or mood at that moment now because I don't want to use the "it" weapons that are the go to weapons for pvp I'm at a disadvantage does that mean it's impossible to play ? No I can still play just fine but I'm not going to win much which gets a little boring. When I lose and the opposing team was just way more coordinated than mine and played well then yes I can have fun and accept my loss just fine. But when the weapon and not the player out guns me I get a little annoyed which I think is the general concensus but I'm just wording it in a calmer way. I like using fusion rifles and sniper rifles however because I don't use specific sniper rifles I'm at a disadvantage and we'll we all know where fusion rifles are at right now so I'll just leave it at that. It's the same with primary weapons I enjoy handcanons and scout rifles but I don't use specific scout rifles so again I find myself in that familiar place. Hand canons while I like, I seem to have stopped using for sometime now and for the record i never really used thorn or last word for pvp. I enjoyed them in pve cause I liked watching things glow green and doing the twirly twirly thing every 5 seconds till I annoyed myself... So as a intermidiate pvp player (I'm no pro far from it) I would like to reach out to Bungie and other readers and say at the moment pvp in destiny can be very uninviting unless you are willing to bend yourself and conform to the current "meta" (those buzz words am I right) this isn't good for destiny as a whole those who find themselves outside the meta will be discouraged from pvp game play. I'm hoping that maybe we can start I nice friendly dialog and maybe help the game and yes I know that's a stretch. As far as pve I think I'll save that for another post this wall o text has run on long enough. Edit:Attempting to make my paragraphs more noticeable....Dat wall though... Edit: Added H U G E spaces between paragraphs to go along with indentations.
English
#Destiny #stateofthegame
Комментировать Ответить Создать тему
Пожаловаться