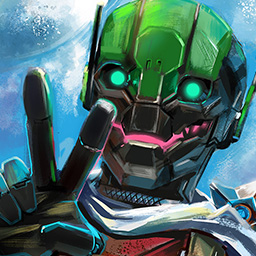 Hello dear reader. We know that the arena mode is designed to be like a "Horde Mode", and we got the prison of elders as the first and only arena in Destiny. My idea here is to make another arena, in the same sense that there are more than 1 raids and strikes. My proposal is to make a Combat simulator that re-tells some stories told by the Grimoire and let you re-live them. Also you get to have a chance to be rewarded with an exotic weapon specific with each simulation. Each simulation would be themed by each faction of the Darkness, sans taken. The first scenario would be: [b]The Last Stand of Dr. Shim[/b]. Here the Guardians are set in Venus and are trying to investigate the Vex and their secrets. But they are being attacked. This would be the easiest of the scenarios and the Guardians may be rewardes with a Y2 Pocket Infinity (you can post below necessary changes to be made to this weapon). The second scenario would be: [b]Crota´s Invasion[/b]. Set in the Moon, Guardians are in a very open area where there are many ships, ogres and sword wielding knights. It would be incomplete if Crota didn´t appear here, he himself being the final boss. Of course, this would be a retelling of the story where you would win the battle and save the Moon. Guardians would be rewarded an exotic version of the Murmur. The third scenario would be: [b]Evacuation of the Clovis Bay[/b]. The Cabal have set foot on Mars and your mission is to help with the evacuation procedures, repel the heavy foot soldiers and tanks from the train station destined to the Mars Cosmodrome. You must defend each of the gates from being destroyed, you have the help from a Warmind to accomplish this. Being the first objective oriented scenario, it would be very difficult to complete, if not by the previously stationed turrets and air strikes can be requested, although you only have a so number of them. For your efforts, you can be rewarded with Y2 Ice Breaker. The fourth and last scenario would be:[b] The Battle of the Twilight Gap.[/b] What if the awoken didn´t help by capturing the wolf Kell? Things would be pretty bad. Your mission is to eliminate all of the Fallen, while defending the walls of the Last City on Earth. Expect Fallen Walkers, Pikes of both kinds, Servitors, skiffs, and many other surprises. Ok, most of you know that the reward would be the Y2 Gjallarhorn. But only after battling Baron´s, Servitors Prime, and even some Kells you would wield this weapon made from the armor of the dead Guardians. What do you think of this? It would be also a nice idea to desing new modifiers and some new tweaks to this Arena idea. Good Juju
English
#Destiny #combat #Idea #Arena #simulator
Комментировать Ответить Создать тему
Пожаловаться