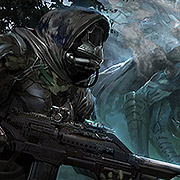 A Logical Look at Why TTK is Overpriced

When you really look at the prices this DLC is sorely overpriced. The legendary edition comes with the game, both expansions and TTK for $60. And TTK is $40 alone so what that implies is... Destiny- $10 TDB- $5 HoW- $5 TTK- $40 And you can bet your ass that if you want to buy the original expansions separately for some reason they will still be $20. Which if that is true then the legendary edition, even valuing the game at $10, should be $90... $80 if you value the expansions at $15, which is what the collectors addition with [i]more[/i] stuff costs. Now for those people saying "the value depreciated" I'm taking that into consideration. For a game as large as Destiny valuing it at only $10 after only a year is absurd, I would assume $30 [i]maybe[/i] $20. Even the expansions! HoW is only a few weeks old and its value is going to drop to less than TDB's value in the same period of being live? Also consider knowing Bungie's track record with past DLCs, people are going to consider paying 2/3rds of the original game price for a likely third amount of content. This to me doesn't sit well with me at all. They aren't losing my money because it's too much, they are losing my money because their business model is f-cking stupid. Edit: Before the trolls start coming in, I said logical, not without anger and sass.
English
#Destiny #dlc #economics #ttk #Overpriced #herdofsheep
Комментировать Ответить Создать тему
Пожаловаться