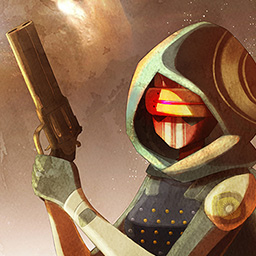 Dragon, The Son of Squeakers.

[u][i][b]It all started in the early days of the Dark Below. [/b][/i][/u]My fireteam and I had begun to work our way to the final battle in Crota's End. With an assortment of exotic and legendary gear in hand, we had finally, after all the time we have burnt away like sizzling empty bullet casings, we have finally ventured onward to Crota's abode, and soon to be, grave. Or so we thought. We needed one more member to have a complete team of six. We found a friend of a friend. A small child. A small child named Dragon. We've had high hopes in a sense that everyone was prepared to end Crota. We gathered around the green crystal to summon the beast as Dragon said in a very loud tone, "LET'S ALL GET TO THE CRYSTAL." Everyone's ears rang. We needed this person to complete the mission, so with our heads still held up high, we continued. We all then split into two groups of three, to keep each hallway in check. The shields disappeared. The enemies were eliminated. We all gathered to the left hallway to prepare for the final battle. I was on boomer duty, and it was my job to destroy the boomers at once. With each pull of the trigger of a fully upgraded Ice Breaker, the boomers heads shot back, and were blown to bits. It felt amazing. Then, I was distracted by the scream of Dragon, announcing that the swordbearer dropped his sword. My hand clenched my controller, but I must keep checking the boomers. Our swordbearer then rushed the corpse of the knight, grabbed the sword quickly, and made haste towards Crota. As he did this, Dragon yelled "SHOOT HIM NOW!" We knew what to do, and by only the sound of the game, I knew we were all irritated to the point of agitation. Then, all Gjallarhorns and light machine guns fired at once, dropping Crota in an instant. The swordbearer ran to Crota's feet, and started to chip away at the health of the monster. We had done this multiple times in the same run, fought hallowed ogres, and used many heavy synthesis. Now was the time. Enraged was soon. We had to get him now. But, all of hope was erased from history. We needed a defender titan. Dragon was the one. The boomers spawned. As a drop of sweat slid down my face, I slowly pulling the trigger to end the boomers. I was anticipating the end of Crota, and to see the rewards. I was filled with adrenaline, as well as everyone else. But then, as I started to pull the trigger to kill the last boomer, a shade of vibrant blue engulfed my screen. My heart dropped. My bullet hit a shield. That shield was placed by Dragon. My eyes shut with anger. Our fireteam was then picked off one by one. When I looked back at the screen, half of our fireteam was dead. The Oversoul had appeared. Our fireteam was destroyed. Everyone was filled with horror, sadness, and rage. It was going to be our first time beating Crota, and Dragon had ran it into the ground. I felt horrible. I was my job to kill the boomers for this very reason. Dragon had shattered it. Dragon had shattered it all. Never trust Dragon. [b]Never.[/b] EDIT: Made it a not-so-much-of-a-giant-wall-of-text thingy now.
English
#Destiny #squeaker #nevertrustdragon #dontdodrugskids
Комментировать Ответить Создать тему
Пожаловаться