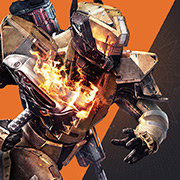 Make the Trials of Osiris not free for everyone.

Make Trials of Osiris not free for new accounts

Make Destiny 2 have an EasyAnticheat

Having to have played for a season or two

Must have purchased the season pass

All of the above

Leave the Trials of Osiris as is

Maybe the title has caught your attention, and you will say what nonsense. As a constant PvP player, I don't want to play Trials of Osiris on PC, for the simple fact that 3 out of 10 games contain some kind of cheeter, at first glance it is quite little, sometimes they are consecutive games in which I only find cheeters. One way to remedy this problem would be to do non-free Osiris Trials, either by paying for the Season Pass, having registered so many hours of play, (that are not hours of AFK play in orbit) or after having played for one or more two seasons. In this way you force cheeters to pay more, or spend a lot of time to have a hacked account. In the same way, the implementation of an EasyAnticheat as they have a multitude of games such as Warzone, DBFighterZ, Hunt Showdown, Valorant, etc. With these things you get that the Crucible is healthier and playable for all lovers of this game mode, and that the truth is being neglected. That is why I have created this post so that you can leave me your proposals, opinions, or simply talk about it among yourselves. I will be reading you all. And let's pray that Bungie has upcoming plans to help the Crucible. And for you, what would be the best option to help Trials of Osiris?
English
#destiny2 #FeedbackD2 #PvP #trials
Comentar Responder Iniciar tópico
Denunciar